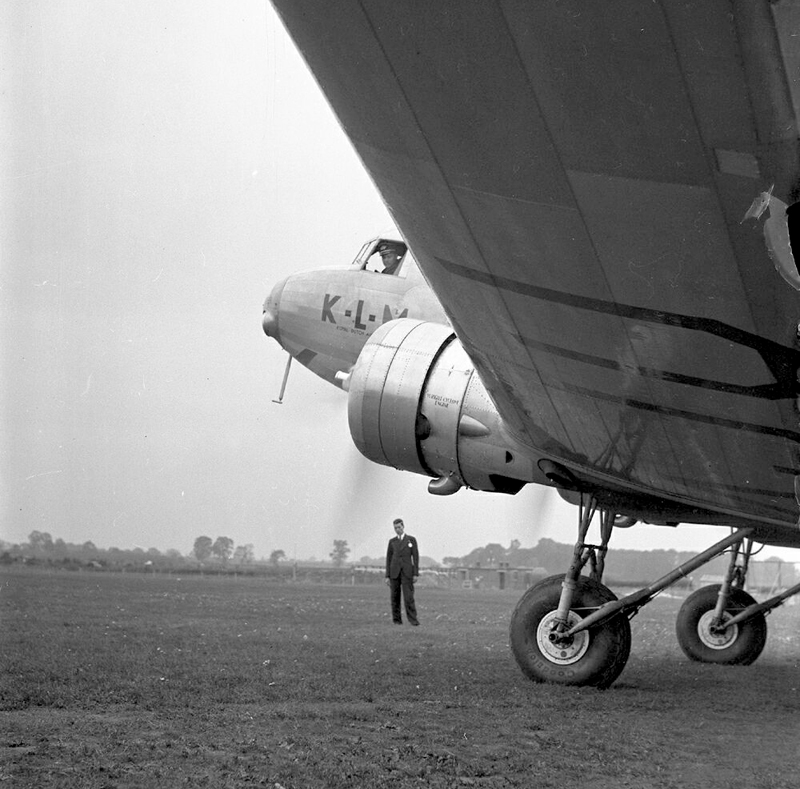 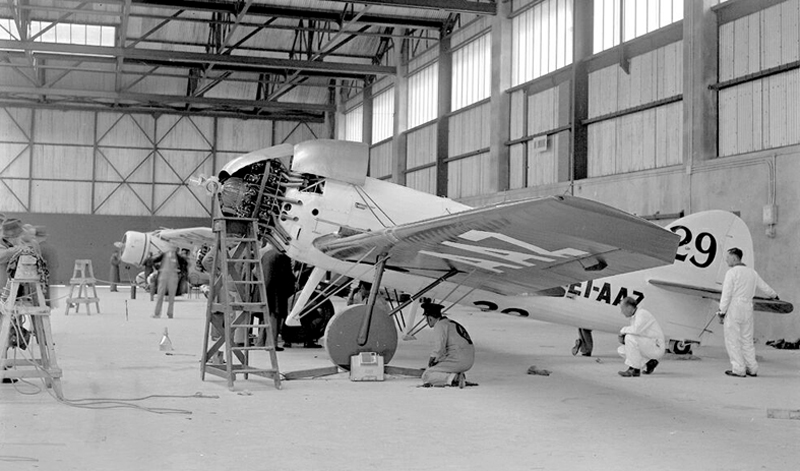 Bellanca 28-70, EI-AAZ, ‘The Irish Swoop’ being weighed in one of Mildenhall’s hangars, days before the 1934 MacRobertson  Air Race. It was to be flown by Colonel Fitzmaurice, but had to withdraw before the race as the aircraft had not completed official  load testing for fuel capacity.

This DC-2, PJ-AJU, came overall second and winner on handicap in the 1934 MacRobertson Air Race with an elapsed time of 90  houres 13 minutes. 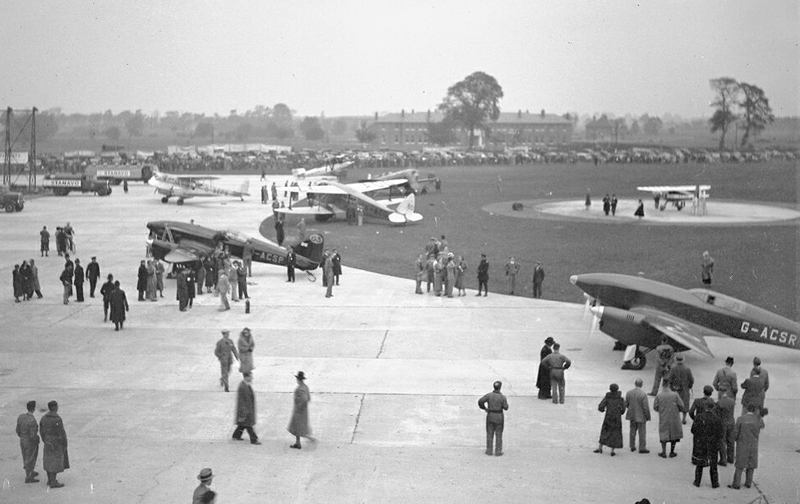 Some of the competitors for the 1934 Mildenhall to Melbourne MacRobertson Air Race. 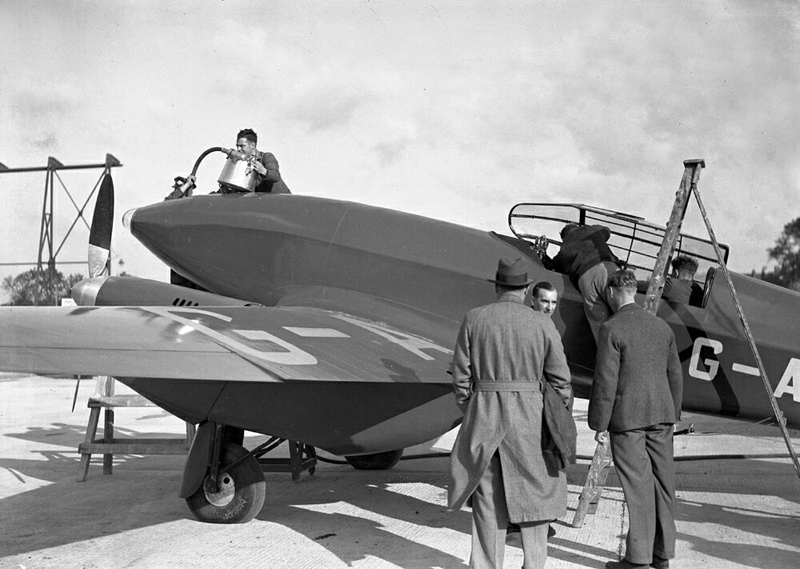 The MacRobertson Air Race committee severely restricted the amount of fuel to be carried and here, de Havilland DH.88 Comet, G-ACSR is being topped up. She was to come fourth with an elapsed time of 108 hours 13 minutes. 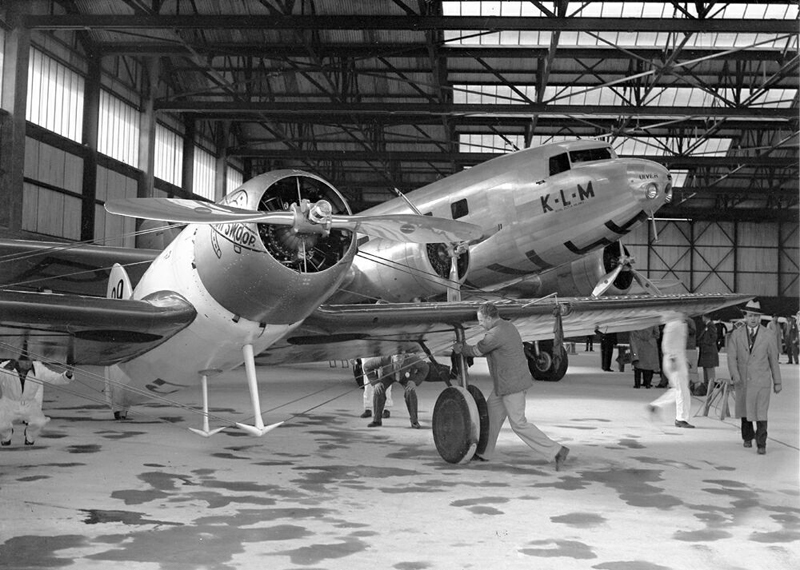 The Bellanca 28-70, ‘The Irish Swoop’, was withdrawn from the 1934 MacRobertson Air Race but was still destined to have an adventurous life, being destroyed in the Spanish Civil War serving with the Republican Government.