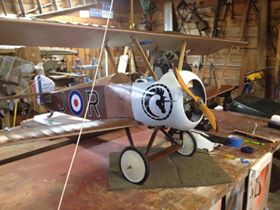 So, after an exciting, yet informative test flight, I found that we had a very nose-heavy condition, even though from the plans, I had the model balanced at the 25% MAC position. So much for the theory. With the Camel back safe and sound in the workshop, I have since moved the CG back to the 28% MAC position, which is now 5 inches aft of the Top Wing’s Leading edge. This is good for a couple of reasons. First we lightened the airplane and improved the wing loading by removing an impressive 14.5 ounces from the firewall. Second, at the 25% location, during the dead-stick landing, we ran out of up elevator just as the plane was a few inches from touchdown. I classic symptom of being too nose heavy. 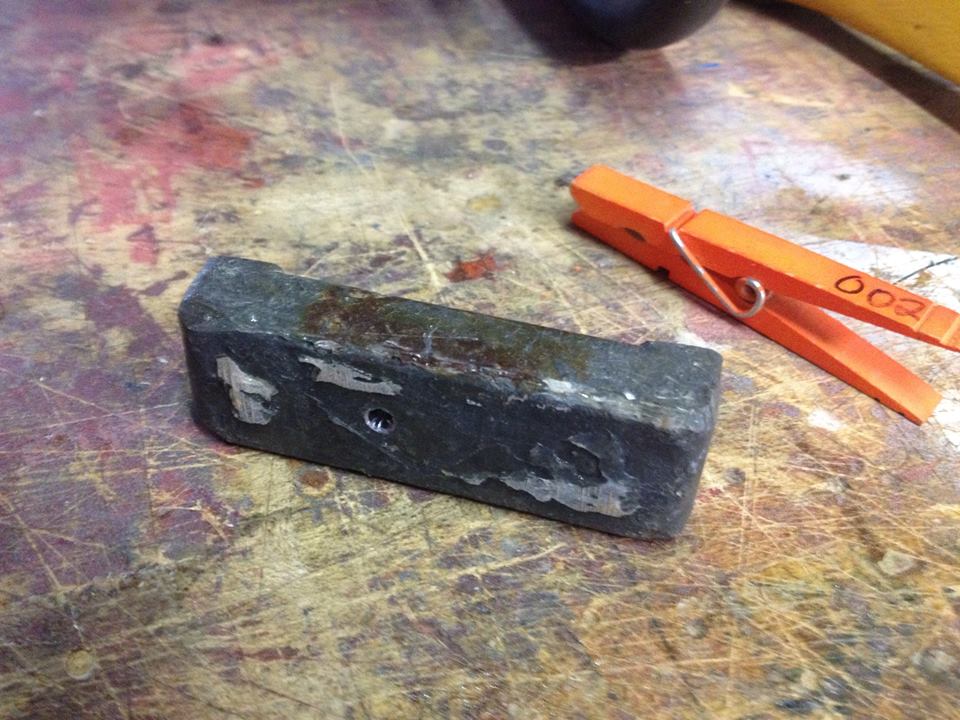 (Above) this is what 14.5 oz. of lead ballast looks like. The rule is: For the first flight, better to be too nose heavy that too tail-heavy. 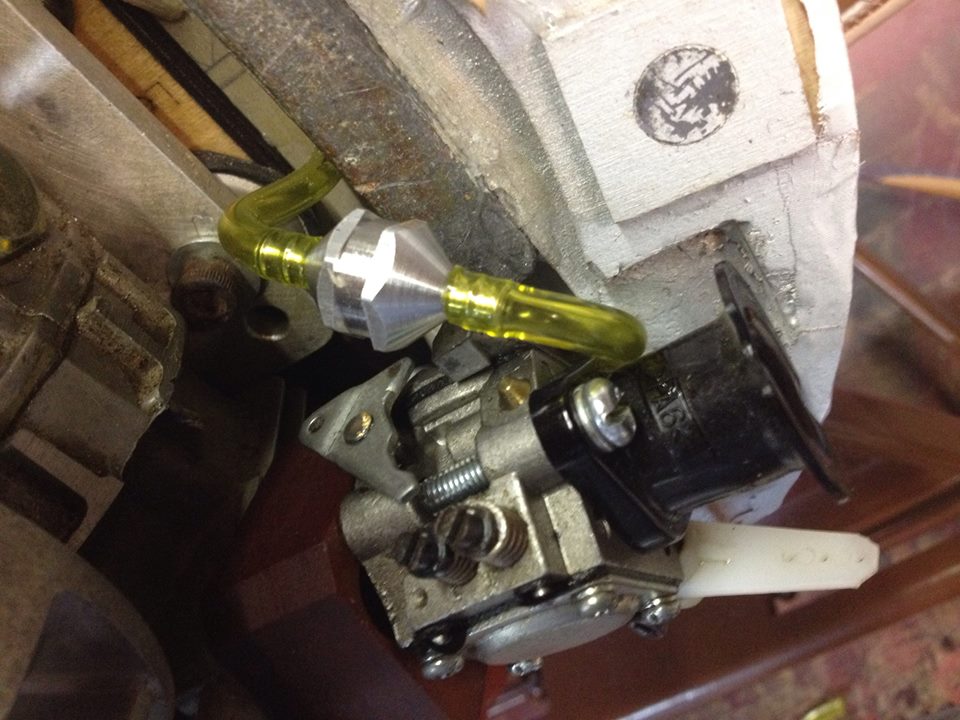 (Above) I replaced the filter as well which looked like its O-ring was worn down.

The issue with the carburetor was fixed at the flying field, locktite-ing a new screw in place to hold the throttle arm in place, but I had to wait till I was back in the shop to open up the carb and see what was going on. 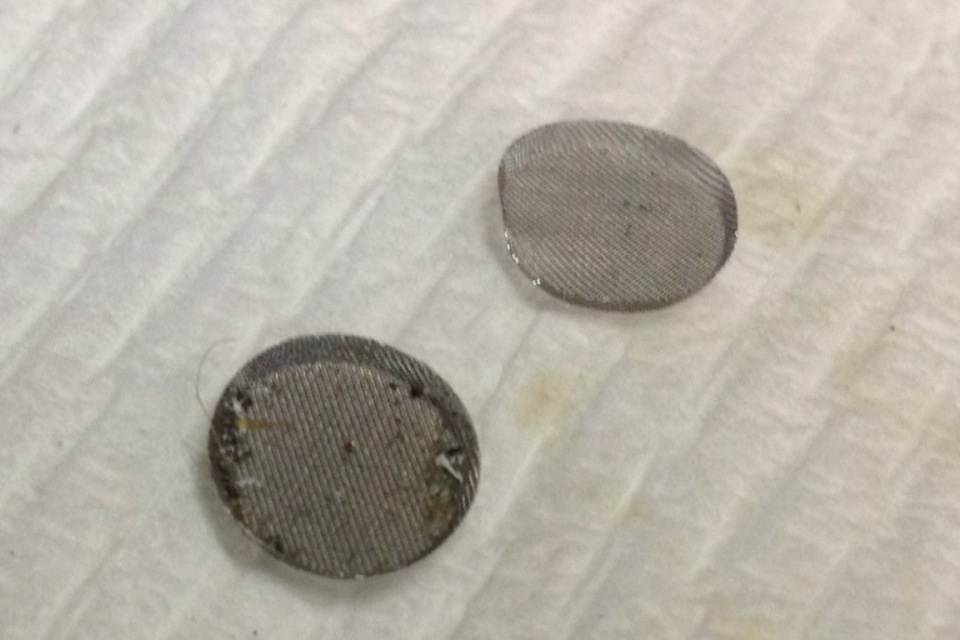 (Above) The old internal fuel screen (lower left) shows lots of debris, compared to the new one.

95% of the time, when a gas engine suddenly starts acting up, it is this that causes the problem. An easy fix requiring removing the cap plate.

So, next weekend we will check the engine idle again, and if everything is good, we’ll fly test flight number two!