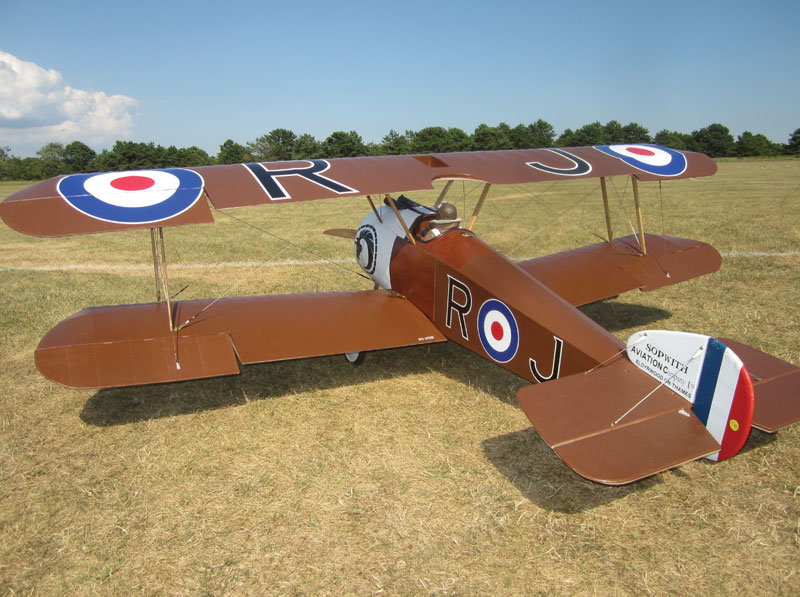 A classic 1/4-scale British icon of World War I. Viewed by many as the British airplane that best defined air combat during World War I, the Sopwith Camel is one of the best-known fighters to come out of the Great War. First introduced at the end of 1916, it was a replacement for the Sopwith Pup, and about 5,500 Camels were produced. Perhaps the most famous Sopwith Camel pilot of all was Canadian Captain Arthur Roy Brown, who was credited with shooting down Manfred von Richthofen, the Red Baron. Controversy over this continues today and was one of the reasons I chose the Camel as a building project.

I wanted a semiscale model with the strength and building ease of a sport flyer, so I started with Wylam drawings and used CAD to simplify most of the structures. I also replaced the thin, undercambered airfoil with a more pilot-friendly flat-bottom wing. If you’ve built
a kit or two, you’ll have little trouble with the Camel.