George Shone stunned the crowds at the Woodspring Wings Show in Bristol UK, with his Flying Legends ¼-scale Supermarine Spitfire. Modeled from one of the Spitfires for the 601 Fighter Squadron, George’s amazing warbird has a 110.24 inch wingspan, is powered by an Evolution 80cc gas engine turning a 26×10 carbon fiber propeller and weighs 48.5 pounds. The Spitfire is equipped with two Futaba receivers controlling futaba servos. It is equipped with Unitracts retracts with functional Oleo landing gear struts.

George says the model flies really well and has no major , but can be a handful on the ground like the full size Spitfires. The full size fighter was involved fighter-bomber operations in Italy and was built by Vickers Armstrong in 1943. 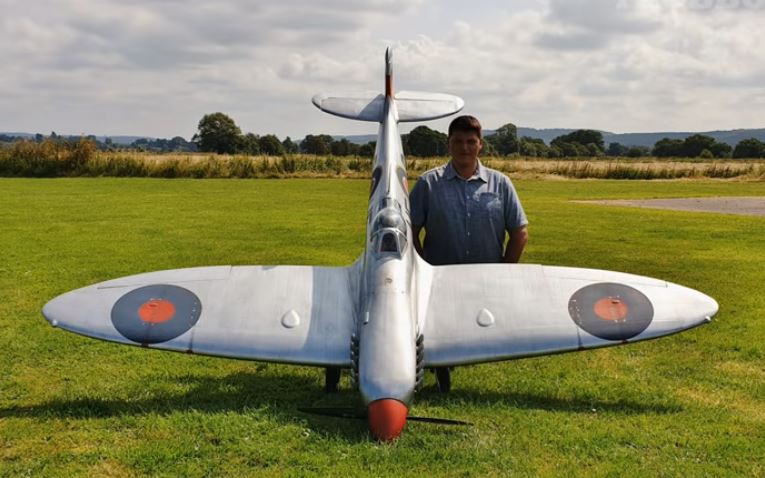