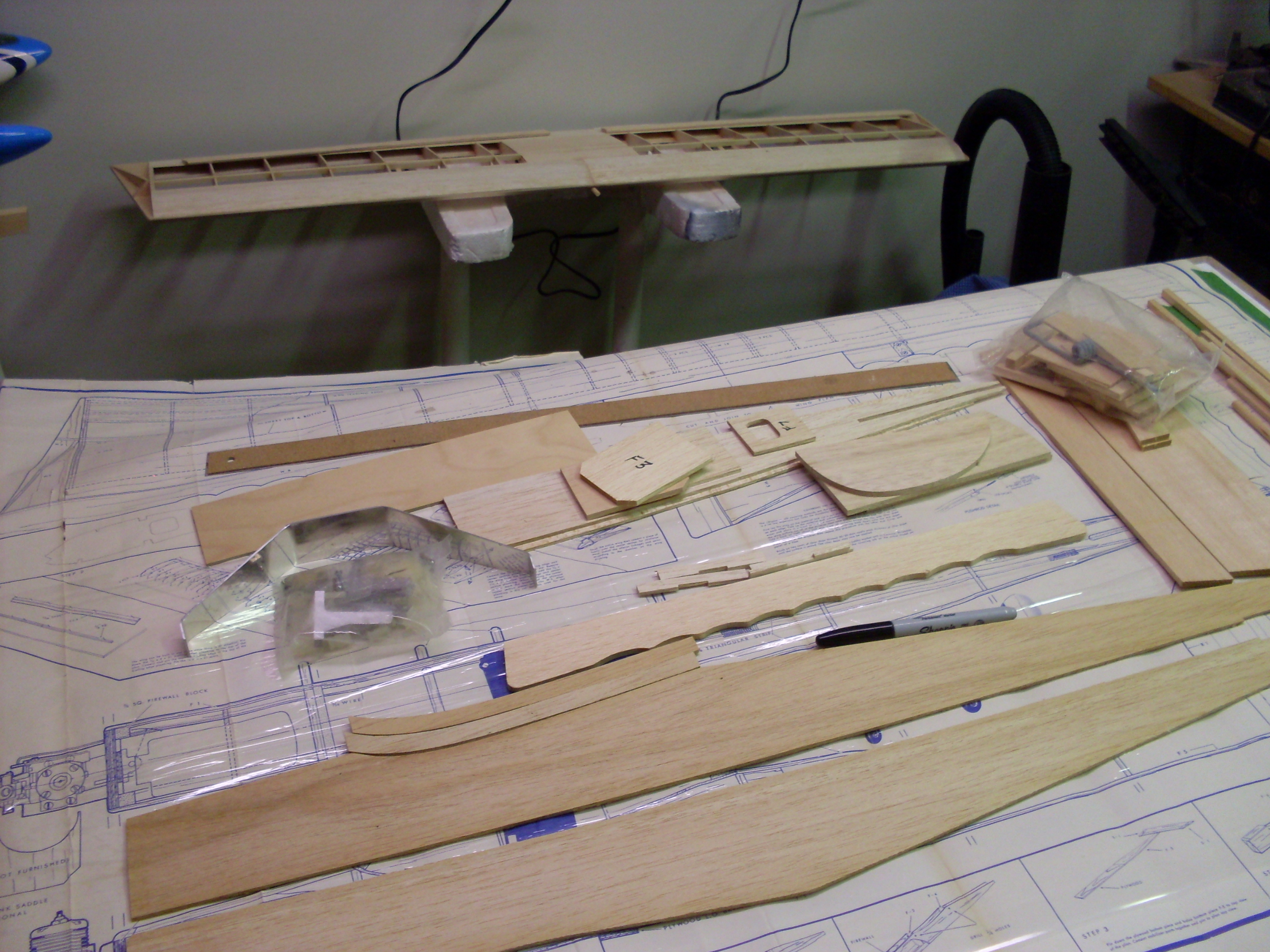 The fuselage for most Ugly Stik (& Stick) models is basically a balsa box.  Many builders have modified the fuse a variety of ways adding a round cowl, canopy, guns, raising the wing saddle or lowering it.  It may be one of them most modified designs, one of my favorites is to flip the fuse upside down and make is a far-far-far away scale Schneider cup racer.  That’s an article for another time, this will be a traditional build of the original design with a couple tweaks for convenience.

Construction of the fuse began with the horizontal & vertical fins.  The edges of the parts needed to be sanded straight to allow them to fit together without gaps.  Medium CA was used to assemble both, the flat surfaces of the horizontal and vertical fins was sanded flat to prevent the joints from showing through covering.  The edges were sanded round with leading edge of rudder and elevator sanded to a ‘v’ shape.

Construction of the fuse continued as per the instructions on plan making a right & left fuse side.    F2 & F3 are installed first as building the fuse ‘box’ proceeded, the firewall was not initially installed, that was done later.  Before installing the top sheeting a couple of changes were made.  The main landing gear is to be bolted on; a ply doubler was epoxied to inside the fuse at the gear location (the ply doubler on outside of fuse bottom can be eliminated along with the dowels for gear & wing).  Two 6-32 t-nuts were used for the main gear.

Solid 4-40 pushrods were used for the rudder & elevator.  To support the pushrods Popsicle sticks with a 3/32 hole drilled was used at each former.  The pushrod is threaded through the supports & fuse, each support glued into place to ensure a straight run from control horn to servo.  The servos could be installed first to verify the pushrods are in the correct location.

The firewall was next, a center line was drawn from top to bottom of the firewall.  A reference line was then drawn 3/32” to left side (left side is right when looking at front of firewall); the engine will be set up with 2 degrees right thrust.  A Great Planes engine mount (GPMG1041) will be used for the engine it was adjusted to fit the engine and centered on the reference line on firewall.  The four holes locations were marked and drilled.  6-32 T-Nuts are installed on the back of the firewall.  A hammer was used to set the t-nut into the ¼” ply (the firewall still isn’t attached to the fuse).  Two additional ¼” holes are drilled through the firewall for the fuel tubing.  The firewall was then epoxied to the fuselage.  The servos & remaining pushrods were installed next, followed by the top sheeting.  The cover for the fuel tank needed to be trimmed to fit around the wing dowel ply mount.

The whole fuse was then sanded rounding the edges a little (approximately 1/8” radius).

The wing and fuse are framed next time it’ll be covering and final assembly. 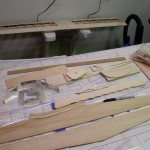 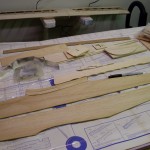 Build a Left & Right fuselage side 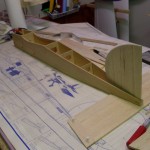 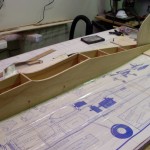 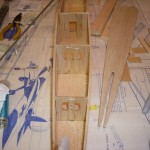 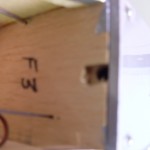 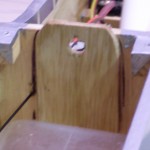