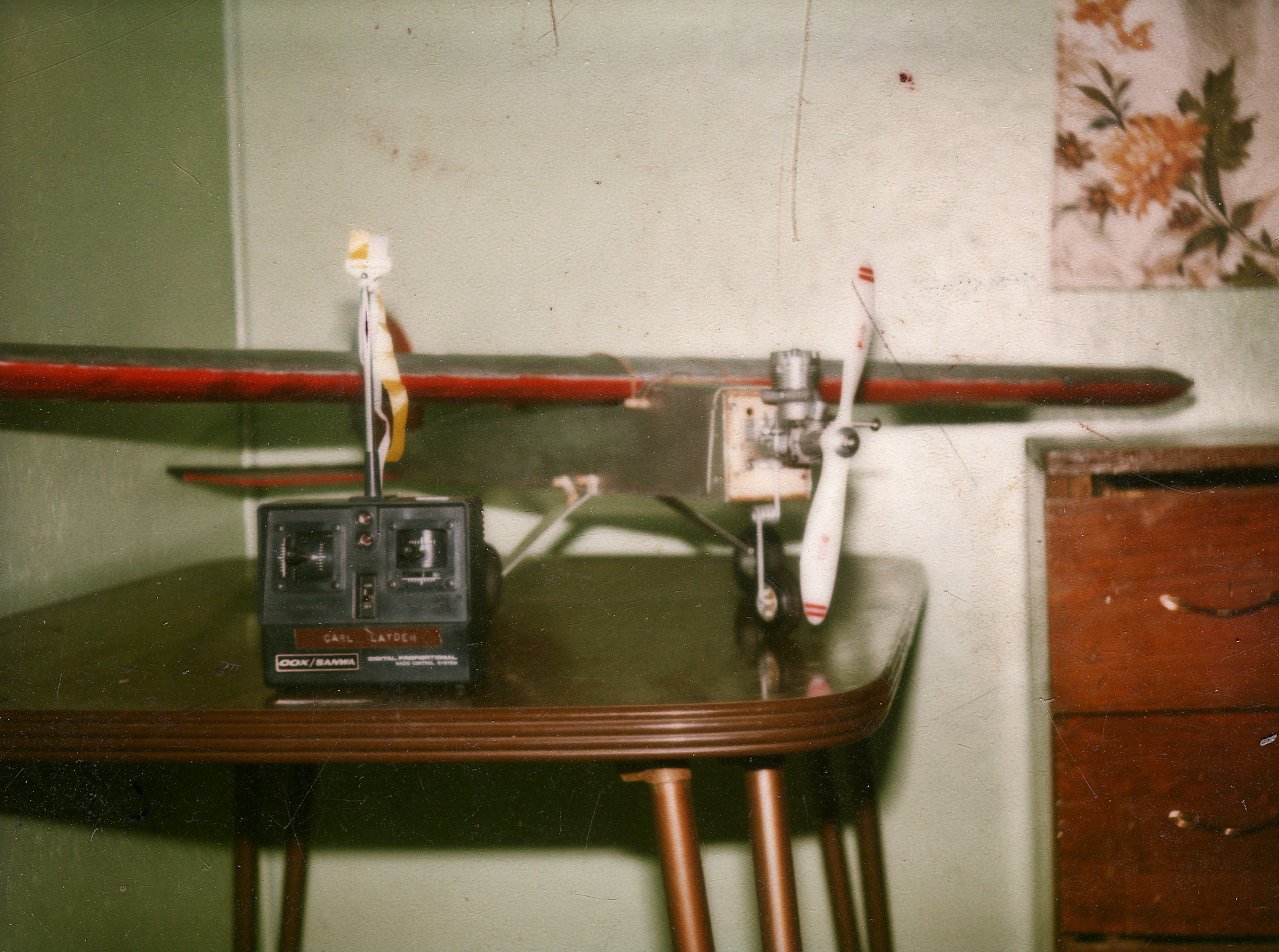 During the summer of 1977 my Dad bought me my first ‘real’ R/C airplane kit.  It was a Midwest Das Little Stik.   It still needed a motor and radio system, however it was a beginning.  The parts & plans must have come out of the box and put back in a hundred times or more before construction actually started.

Over the next two years guided by my Dad the Das Little Stik slowly began to take shape.  Building a plane using Ambroid & white glue takes a long time.  School work always took priority but when I could something was glued together.  We lived in Labrador City some what remote, access to hobby stores and skilled R/C enthusiasts was somewhat limited, much like Torpedoe and Brown engines are today.  We relied on mail order from ads in magazines like Model Airplane News.  During the next two years an Enya .29 was purchased along with a 2 channel radio.  We thought 2 channels was enough, rudder & elevator why would you need anything else?  As you may have guessed there was still a lot for this father & son team to learn.

Once the plane was framed it was time to cover it.  No heat shrink covering used for this model, it was dope and tissue. I considered this part of the build to be the most enjoyable, maybe it was the fact the project was nearing completion, maybe it was with covering it began to look like a “real” airplane or maybe it was just the fumes.  Once finished in the clear nitrate dope it was time to add color.  While I didn’t know it at the time the colored dope was butyrate and was needed to make the aircraft fuel proof.  I had silver, red, black and green, from the magazine articles it was known to make the top & bottom of the wing different colors.  The model was mostly silver with red on the wing bottom, a little black for the moving surfaces and a bright green sunburst on the top, in the eyes of a 14 year old it was very cool.

The next hurdle was to start the engine.  In this regard we did many things wrong, naivety and ignorance is not bliss, it can be very dangerous.  The un-muffled Enya .29 was started using fingers; it was also started at full throttle.  Using two channels meant no throttle control; the Enya .29 was the control-line version.  Fly until the fuel is gone then land dead-stick, that was the idea, (my R/C nickname has been ‘Deadstick’ for many years what most don’t realize is that was the plan from the beginning).  After some encouragement the engine roared to life, using the needle valve it was leaned until the piercing shrill of the 2-stroke nearly deafened us, no hearing protection used either.  Dad and his friend Mr. Tatton were standing in front of the plane while I held it back.  This was the coolest moment ever; then there was a bang followed by several words that need only four letters to spell and there was blood.  The engine had ripped out the firewall and the prop cut into Dad’s hand seriously cutting his fingers.  The most vivid memory is seeing Mr. Tatton driving, Dad with his hand wrapped in a towel heading to the emergency room at the hospital. You would think that’s where my R/C adventure might end.  When Dad returned he was bandaged, no serious damage done, he would be fine.  He started in right away explaining what needed to be done to prevent a re-occurrence, epoxy, a little aluminum, screws there was no way that engine was going to come loose again.  He also added that next time we start it with a “chicken-stick” and once started we should stand behind the model out of harms way.

The test flight was a few weeks later.  The local mall parking lot seemed like a good idea at the time, it wasn’t.  We did go on a Sunday so there weren’t many people or vehicles around. The Enya was started the needle tweaked for peak RPM, the re-enforced firewall was working as it should, we prepared for flight.  No range checks just point the plane into the wind and let go.  The Das Little Stik picked up speed quickly; the nose wheel hit a small stone and came off the plane.  The plane pitched up and was in the air, a quick turn to the right and it was headed for the homes area.  Dad was at the controls he did the only responsible thing….remove the threat, apply down elevator; crunch right on a picket fence.  The damage was sever the model was in pieces.  I knew at that moment I was hooked, while it only lasted a few moments that was exciting!  The reason the nose wheel came off, apparently fuel tubing will not hold a wheel on the aircraft, learned about wheel collars that day too.

My model aviation experience has made many twists and turns since that day.  However I never forgot about the Midwest Das Little Stik.  In 2006 I purchased a Das Little Stik from Wayne Miller via an online forum.  The kit has been under my bench ever since, on Saturday June 2nd, 2012 the box was opened and construction started.  The intent of this next series of articles is to share the building experience and test flights.  I will recreate my boyhood model; there will be a few changes along the way.  This version will have the same color scheme, in monokote this time.  The original Enya .29 is on a shelf and could be used, however an OS .25 is the choice, tricycle gear with the original nose wheel (with wheel collars) and the wing will be changed to a bolt on type.  That’s the plan, hoping for a quick build and successful test flight.  One last item why the “Spirit of Ob”? Growing up my Dad went by ‘Oliver’ his baby sister could only say “Ob” the name stuck. 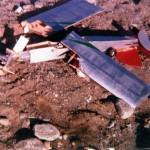 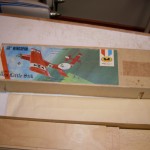 Let me try that again.