Every year at the WW I RC Jamboree held by the Mid-Hudson RC Society club at the Old Rhinebeck Aerodrome, awards are awarded for the RC aeroplanes entered in the event. The ultimate award is called the “Spirit of Rhinebeck” award and it is a tradition started decades ago by the Aerodrome’s founded Cole Palen. 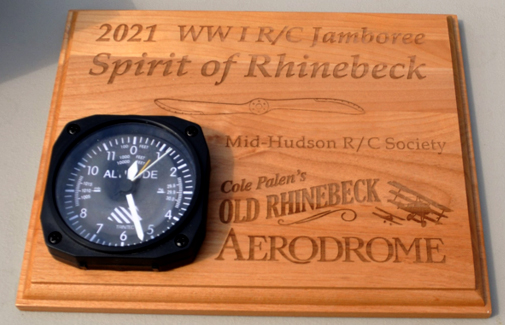 It was meant to highlight the model that showed the upmost of craftsmanship and fidelity to scale. For 2021 the award was earned by Norman Malinowski, DMD., of Millstone Township, NJ. 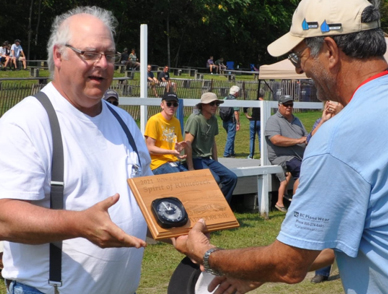 We caught up with this year’s recipient and learned the back story for Norman’s award winning Albatros. 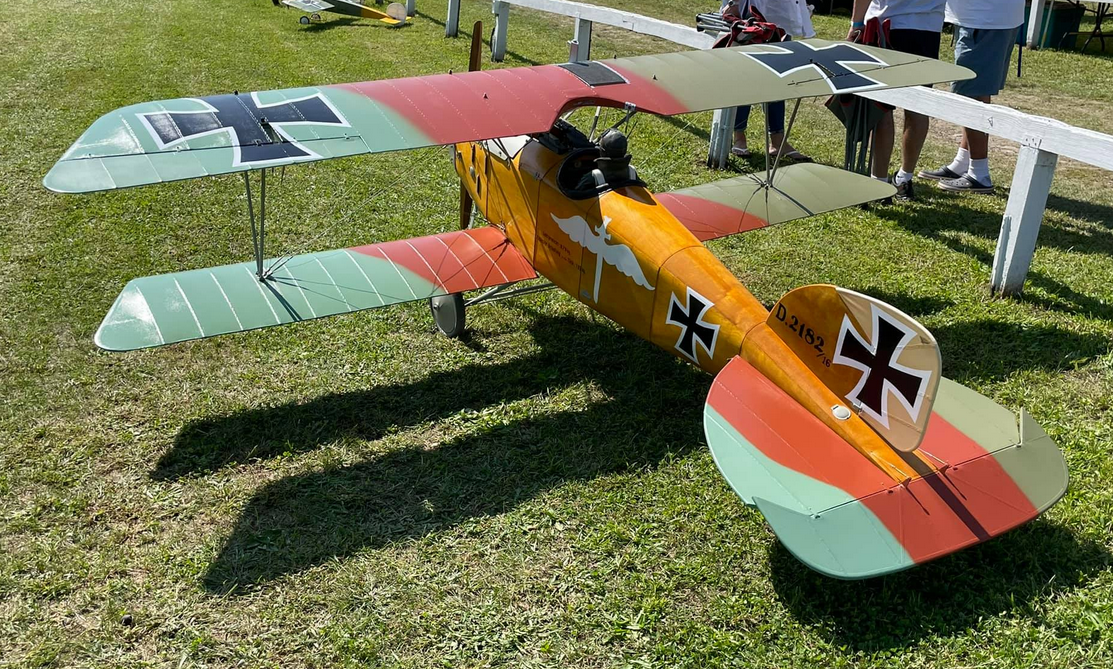 MAN: Congrats Norman, please tell us about your aircraft.

Norman Malinowski: Walther Huth started the Albatros Werke in Johannisthal, Germany. Prior to this, he was a Biologist who had studied Albatross birds. My Albatros D.III is 1/3-scale and it is my newest project after a 20 year break from the hobby.

MAN: How long did it take to build?

NM: The project took some three years. Everything, except the wheels and flying prop, are handmade. I built the model using plans published in Model Airplane News by Dave Johnson. I did make modifications. The wings are built mainly of balsa with hollow box plywood spars and balsa ribs. The wingtips were shaped using wood bent using a violin maker’s bending iron.  I used 1/64-inch Finland plywood for the leading edge sheeting and balloon cords fastening and reinforcement tapes which were tied every 13mm with scale knots. 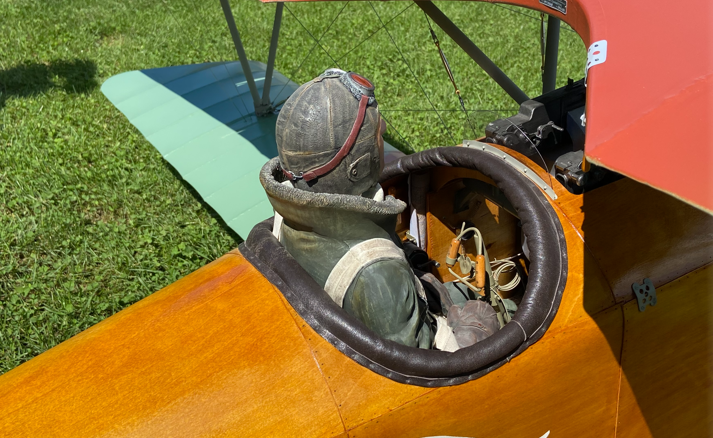 MAN: What about the finish and hardware?

NM: The wing is silk covered and was “Z” stitched to the ribs and then a finishing tape was doped over that. The finish is about 10 to 12 coats of Sig Mfg. Butyrate dope. The colors were hand mixed by eye. The empennage (Tail Surfaces) were done similarly. The wing cabane strut attachments done the same as the full-scale aircraft using machined eyebolts (5mm) and long cross bolts. All the all hardware is handmade including turnbuckles with ball-socket attachment  and scale metal barrel hinges. Gussets on the wings are secured with doll house nails. 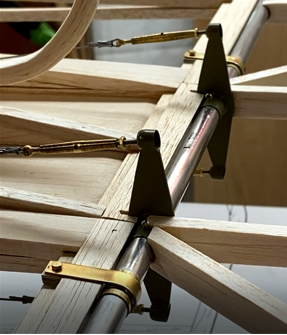 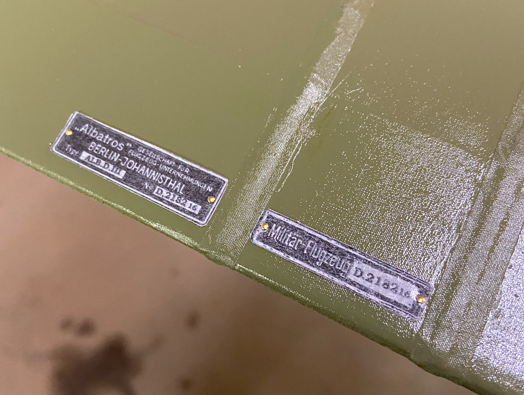 MAN: What about the fuselage?

NM: The Fuselage is made with plywood formers and is covered with 1/64-inch Finland birch plywood. Simulated panel nails were applied onto every panel: Full scale nails were a blackened steel color and I made indentations using a center punch and a small hammer. Then, I applied panel line stain to the indentations then wiping it off. Most of it remains in the small indents. The main finish on the fuselage is two to three coats of Amber Shellac. 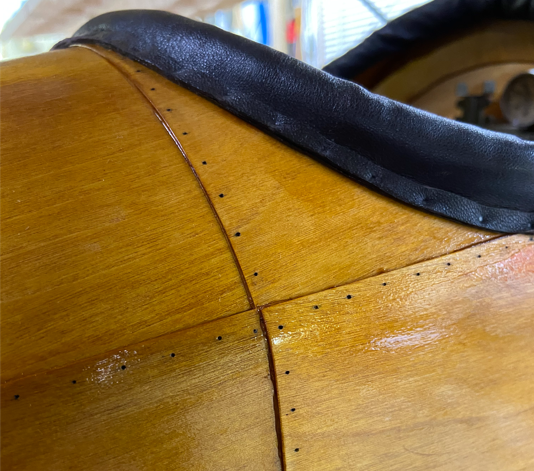 MAN: Tell us about the controls and engine.

All controls are via pull-pull cables, fastened with double barrel swages.  The ailerons are activated by a large, homemade “Line Drive” type servo output wheel.  This runs the pull-pull cables going through brass pulleys at each wing tip area up to the aileron horns in the top wing. The plane balanced out at the required CG with no ballast weight added. The engine is a Zenoah G-62 equipped with a Mick Reeves belt reduction drive. A 5000mAh NiCd battery is on board. The radio equipment is all Futaba.

MAN: What other details did you add?

NM: Most of the dummy Mercedes engine is made by making clay patterns, baking them, then making silicone molds and pouring resin in the  molds and tumble casting using Polyurethane resin. The full body pilot made the same way. 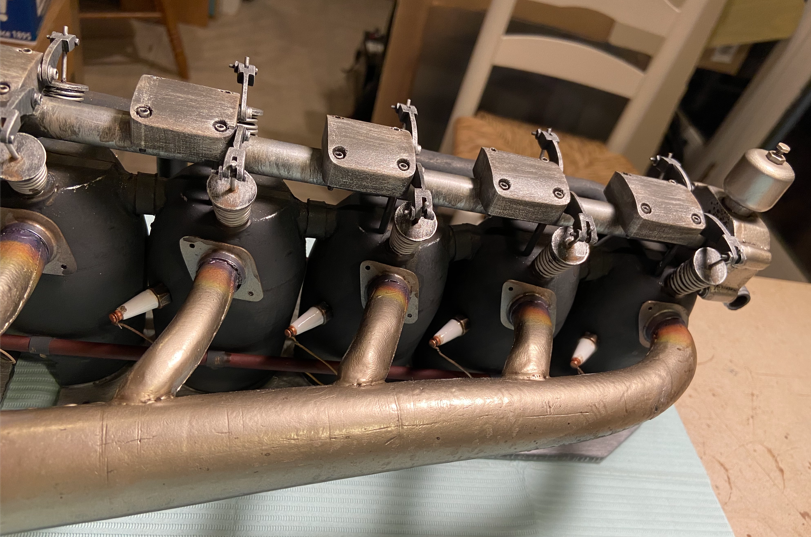 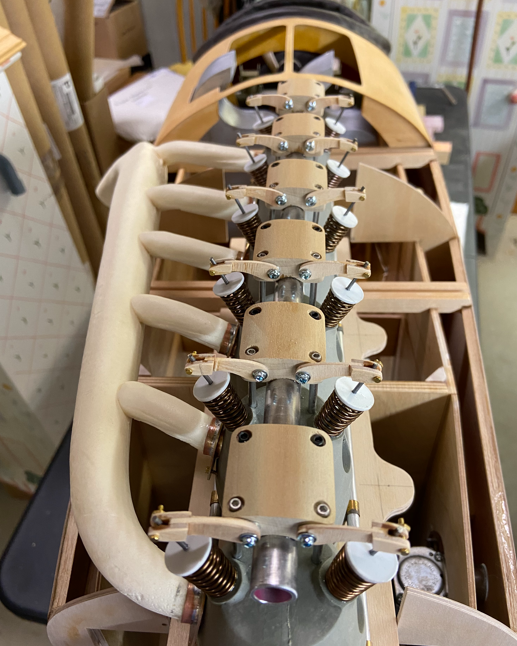 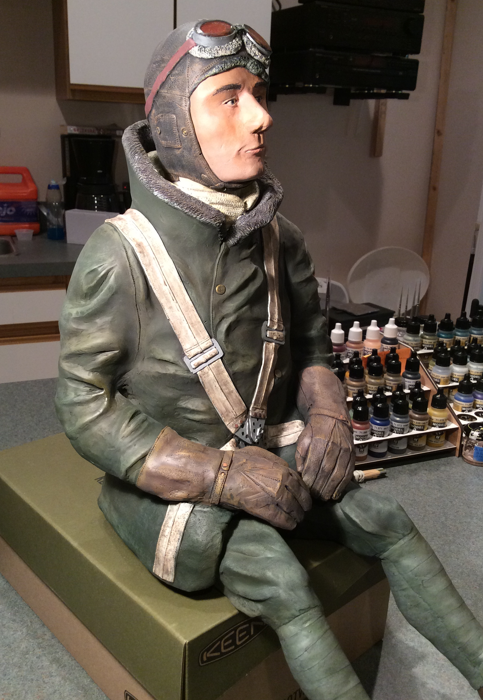 All the cockpit gauges, pilot seat, throttle quadrant, control stick, etc., were made by bu me. I also hand turned the pulleys, and I made the shaped metal machine gun triggers on the control column with a carved wooden die and a hammer. 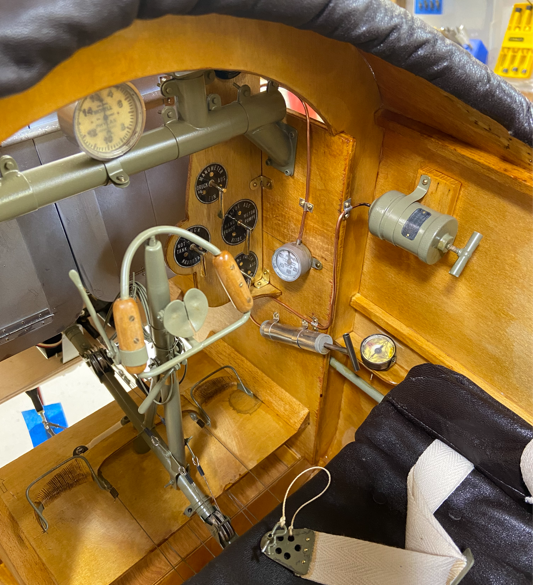 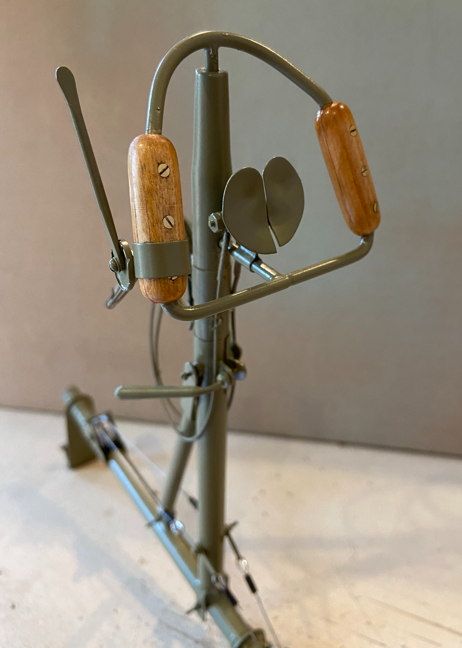 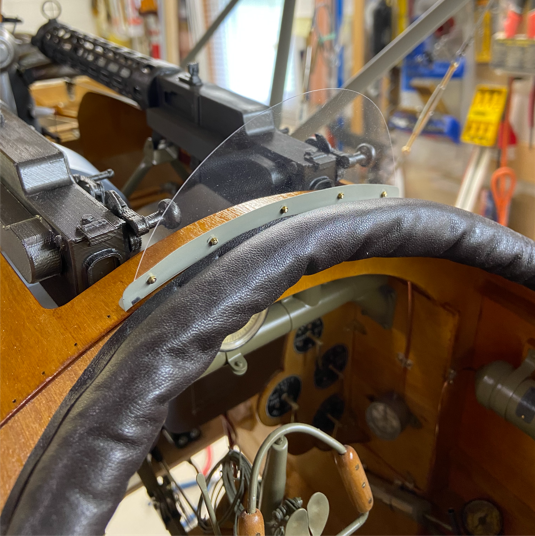 All the hatches are hinged and functional and the cowl is made of fiberglass with handmade, spring loaded cowl fasteners made to look just like those on the full scale aircraft. Also, the wing mounted radiator features functional cooling louvers and include the beautiful Mercedes Daimler logo, all made of Styrene plastic and Styrofoam painted with metalizer paints. 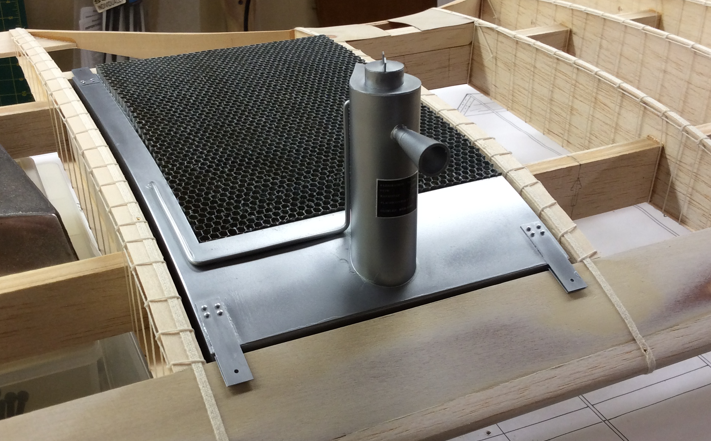 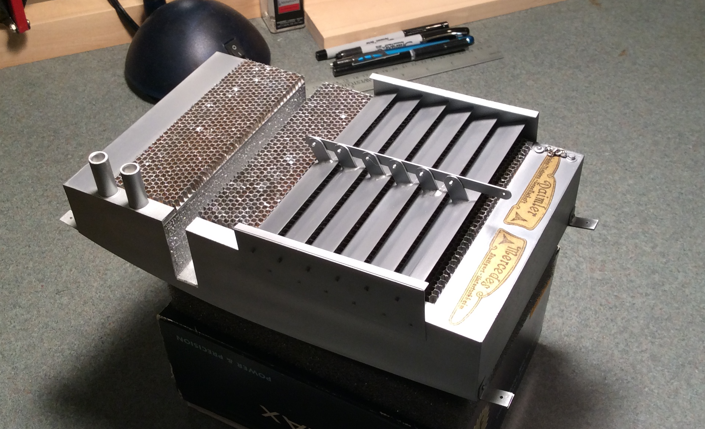 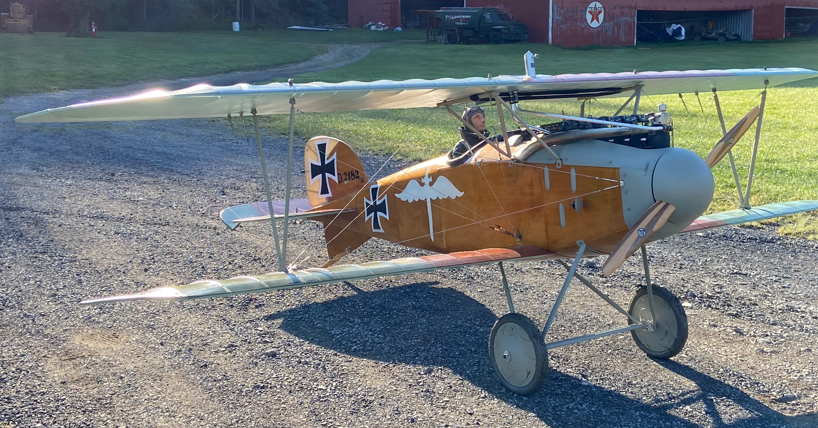