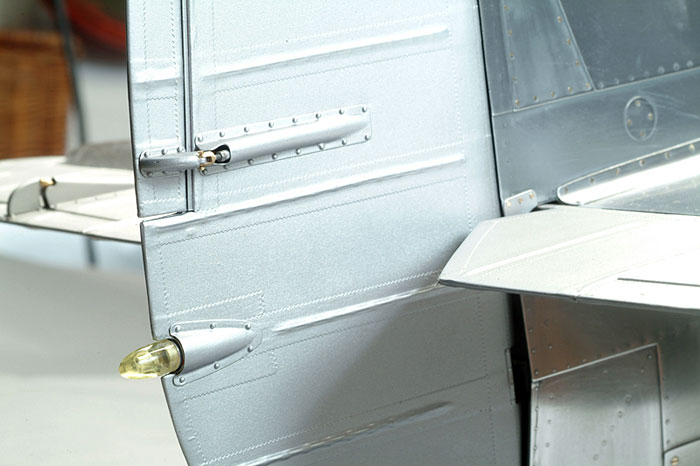 This is one outstanding model, a scratch built 1/5th scale Supermarine Spitfire MK 1 by an English model builder. The pictures and accompanying text are by the model maker, David Glen. I wish I could make something this great.

The job took well over eleven years, during which there were times he very nearly came to giving the project up for lost. The sheer amount of work involved, countless hours, proved almost too much, were it not for a serendipitous encounter at my flying club in Cambridge with Dr Michael Fopp, Director General of the Royal Air Force Museum in England. 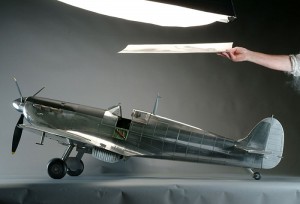 The model is skinned with litho plate over a balsa core and has been left in bare metal at the suggestion of Michael Fopp, so that the structure is seen to best advantage. The rivets are real and many are pushed into drilled holes in the skin and underlying balsa, but many more are actual mechanical fixings, there are at least 19,000! 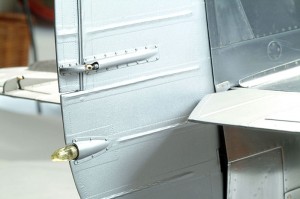 All interior detail is built from a combination of Supermarine drawings and workshop manuals, plus countless photographs 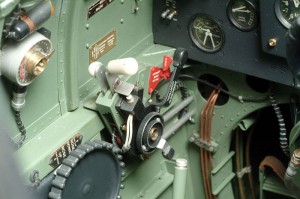 The degree of detail is probably obsessive: The needles of the dials in the cockpit actually stand proud of the instrument faces, but you have to look hard to see it! 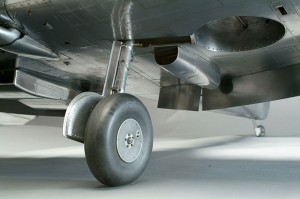 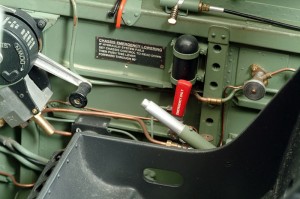 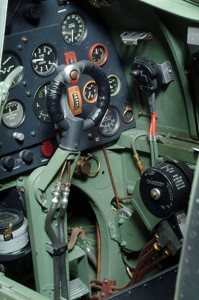