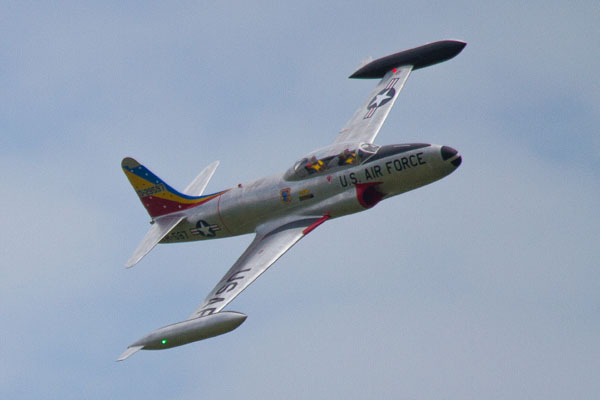 Used during the noontime demo flights at the recent Warbirds over Delaware military extravaganza, this T-33 Shooting Star is the work of longtime WOD attendee Paul LeToureanu. This year, Paul was the Sky Boss for all of the mid-day demo flights and while he wasn’t making sure everything went off as planned, he was also a busy demo pilot. One of the jets he flew was his impressive T-33 Shooting Star which he built from a Skymaster kit. 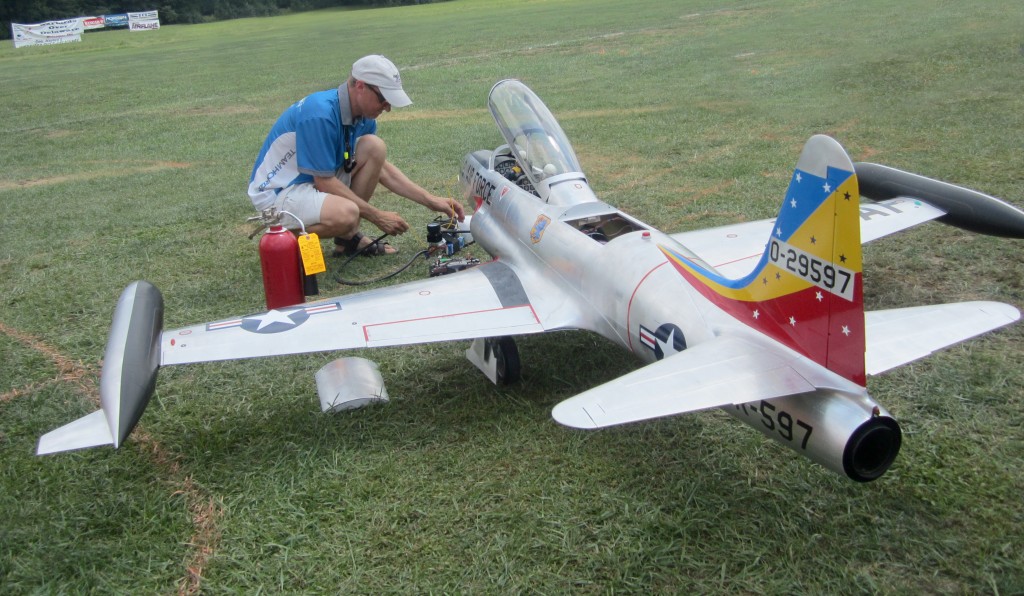 Paul is known for his ability to produce scale finished and this holds true for his jet, which he used aluminum tape on to reproduce the natural aluminum skin and painted markings of the full size aircraft. Powered by a JetCat 140RX turbine engine, the jet has a 105-inch span is 95 inches long. Paul uses the “Details 4 Scale” lighting system and he added lots of scratch built cockpit details to bring out the looks of the interior. Compared to his other equally impressive warbirds, Paul says the T-33 is a smooth and predictable performer. 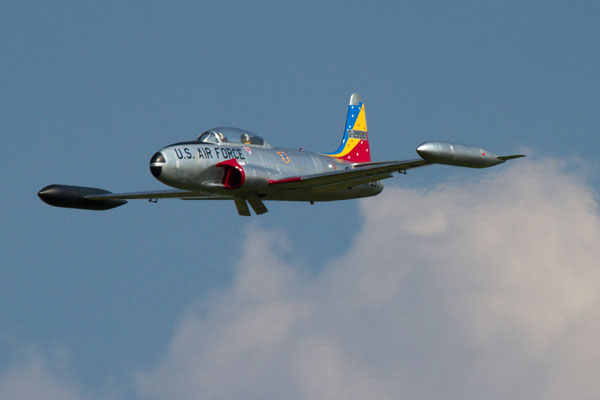