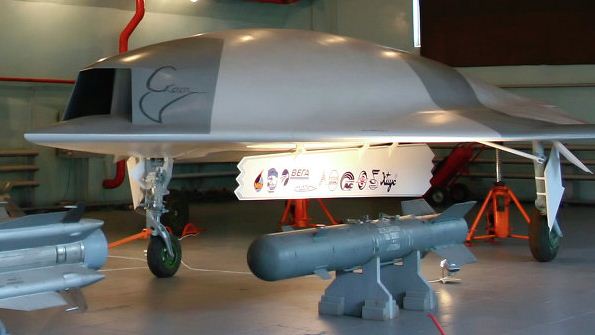 News from Russian aircraft manufacturer Sukhoi, famous for their aerobats and jets:

Sukhoi, which has historically designed fighter and ground attack aircraft but now also builds some civil aircraft, is part of UAC, a holding covering most of Russia’s aircraft industry.

“UAVs are a strategic avenue for development for UAC, and Sukhoi is focused on creating reconnaissance and strike UAVs. But our firm plans on this are in the future,” he said.

Previous UAVs created for Russia’s amed forces have been produced by Tranzas and Sokol, in addition to Sukhoi.

Sukhoi has designs on its website for a series of unmanned aircraft known as Zond, optimised for the carriage of surveillance and synthetic-aperture radars and electro-optical sensors.

In 2011, Sukhoi won a contract to develope a heavy strike UAV with a mass of around 20 tons, Fedutinov said. Another Russian fighter aircraft design bureau, RAC MiG, will also be involved in this program, MiG’s CEO Sergei Korotkov told Russian media earlier this year.

MiG showed a demonstrator strike UAV design known as Skat at the MAKS airshow in Moscow in 2007.

St. Petersburg-based Tranzas and Kazan-based Sokol won a tender in October 2011 to create two UAV systems with a mass of one ton and five tons respectively.