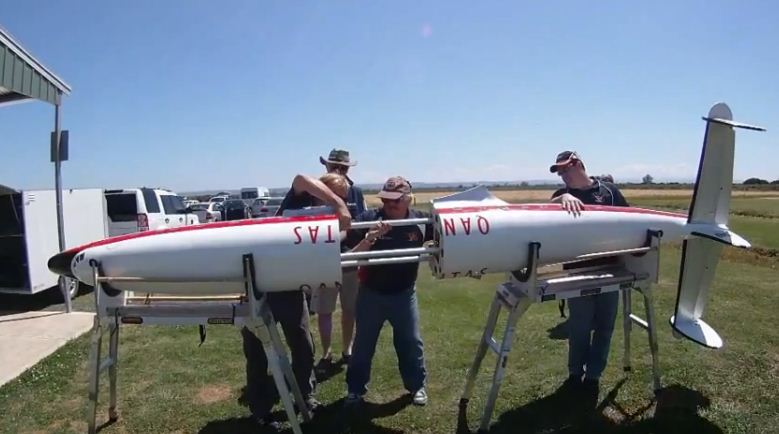 It’s a new year; don’t you deserve a new plane? How about a giant-scale airliner ARF that’s guaranteed to wow the crowd? This 4-engine, 169-inch-span plane comes covered in Oracover and has a bolt-on, two-piece wing for easier transport and field setup. Don’t think you can fit the 157-inch-long fuselage in your trailer? No worries: it comes in two pieces! Other features include a set of heavy-duty air retracts, scale spinner, scale nose gear door and functional lights. You’ll need four O.S. GT-33  engines, 20 servos and 9-channel radio. Available from the Australian World Hobbies, the Phoenix Super Constellation is available in the Qantas red and white scheme as well as in blue and white and costs approximately $4800. Order now; delivery time can take up to 3 months! [If anyone does order one, please let us know; we’d love to highlight a build-along on the site and in print!]