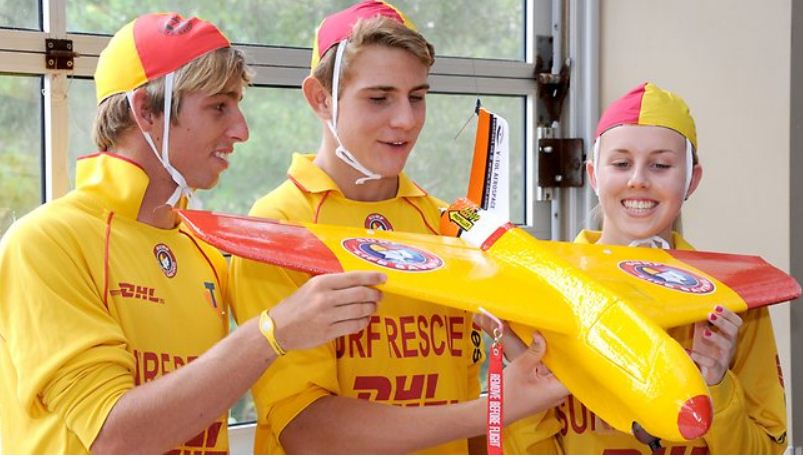 The new remote-control surveillance aircraft, a collaboration between Surf Life Saving Queensland and hi-tech firm V-TOL Aerospace, was set to take to the air at North Stradbroke Island today.

A trial over Flinders Beach, between Adder Rock and Amity Point, was planned to test the unmanned aerial vehicle, which can be fitted with a camera, flotation devices and a shark alarm.

However, a CASA spokesman said an application lodged a few weeks ago had not been finalised. He said CASA understood SLSQ was keen to conduct the trial, but the safety authority had to ensure any risks to people or property were identified and managed.

“At this stage CASA cannot give a timeframe for finalising the safety assessment,” he said.

V-TOL director Kelvin Hutchinson told The Courier-Mail that meetings would be held with CASA next week to “fine tune requirements”. Mr Hutchinson said the trial had been put on hold. He said he was confident the parties could overcome any issues and the project would be able to resume in the near future.

There are high hopes that the Warrigal UAV can play a major role in saving lives at remote locations popular for camping in peak times, but out of reach of traditional patrols. Specially-trained UAV pilots would monitor the surf and foreshore at places including Stradbroke, Moreton and Fraser Island and the potentially-treacherous stretch at Double Island Point, north of Noosa.

Via images tracked on laptops, lifesavers could look for people or craft in trouble, as well as sharks and environmental threats, and direct other resources to emergencies. The UAVs would be leased to surf lifesaving and funded with the help of sponsors.