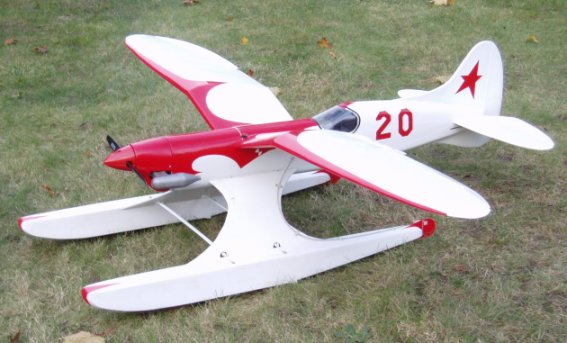 Frank Maguire of South Portland, ME, writes, “I’ve built many planes from your plans, and I’m attaching a photo of my second “Swoose,” built from plan # FSP10892. In the instructions Nick Ziroli tells us that this plane needs a pound of lead in the nose to balance it.  I found that to be true with my first Swoose, which was lost due to the deadly crossed-aileron disease. This time I lengthened the nose by two inches, preserving the sleek look of the design but decreasing the amount of dead weight it must carry. It takes a bit of persuasion to get off the water, but flies well. The model is powered by an Enya 40 and controlled with Futaba radio gear.”