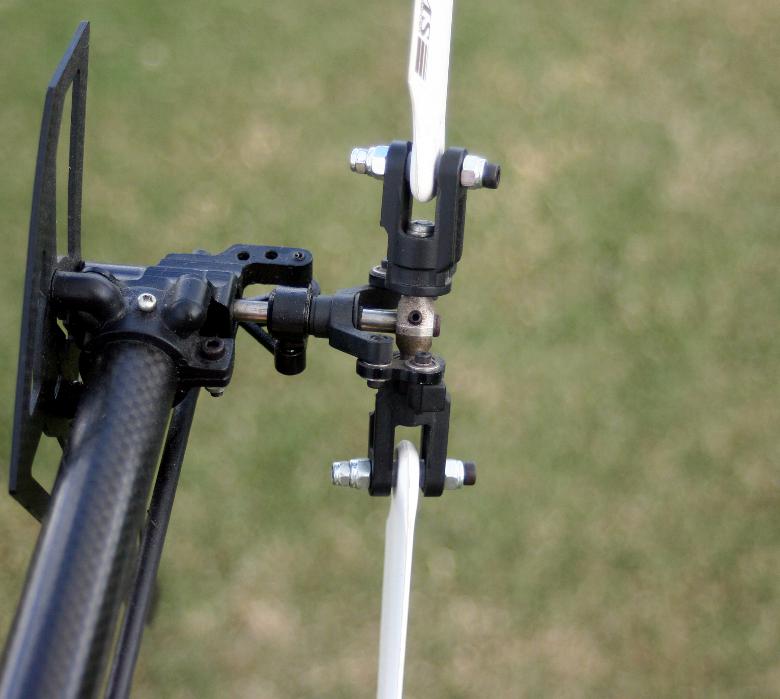 Last week, we looked at some basic principles of full-scale tail rotor design. This week, let’s investigate more into the four weights that are used in a full-scale helicopter rotor to reduce control power. But first, let’s review some engineering principals we already know. If you were to tie a small rock to the end of a string, and then twirl the rock, it would produce a centrifugal force, pulling the rock to the outside of the circle. This force can be increased in one of three ways: (1) increase the weight of the rock, (2) increase the speed of the rock, or (3) increase the length of string, while keeping the same rotational speed. It’s this last case, increasing the length of the string, which will become important later in this discussion.

The first photo is of my Fury tail rotor where the rotor blades are in the zero pitch, or streamlined position. This is a very stable position of least aerodynamic drag, and is where the blades will go if no outside force (from the tail rotor servo) were present. Now let’s call the distance from the center of the tail rotor hub to the tail rotor blade mounting bolt “R” for radius. 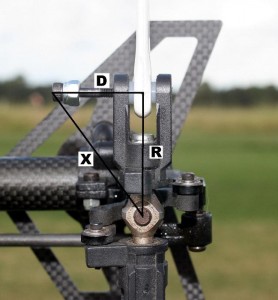 Stand by for more in my next blog to see where all this is going.