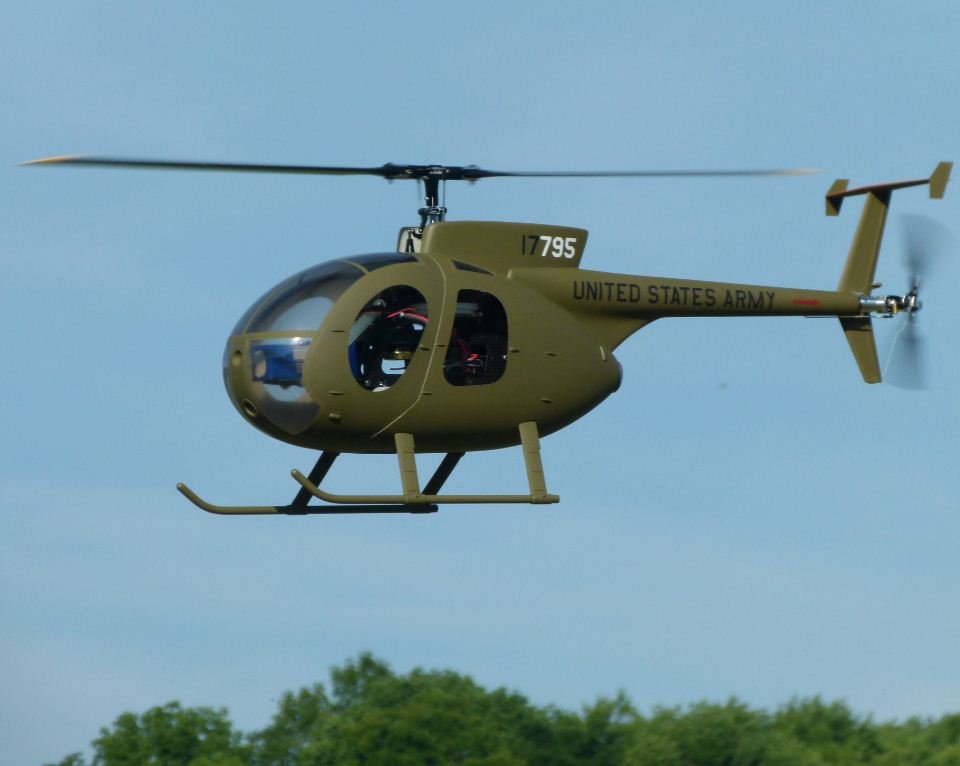 My first flight attempts with my Huey OH-6 were not successful because minor vibrations in the mechanics resonated in the scale body –particularly the T-tail—making it shake so badly it would literally eject the canopy. These vibrations had been present all along, but they weren’t a problem in the heli’s previous pod and boom incarnation. This launched me on a mission to reduce vibration to the absolute minimum.
During this debugging process I received invaluable advice from trusted experts Mike Trueblood, Tony Iannucelli and Model Airplane News’ own heli expert Paul Tradelius. Never be too proud to ask for help from flyers you respect and trust; helis are complex machines, and a trusted friend may see something that you missed.
Starting with the most obvious, my war on vibration included rebalancing the rotor blades with greater care than before and checking run-out on the main shaft. I then got into finer details like checking vibration on the motor (an out-of balance outrunner motor can vibrate more than you’d think) and checking that the main and autorotation gears were absolutely true. In the tail boom, I moved the support bearing off-center so that the two halves of the torque tube wouldn’t resonate, and I rechecked run-out on the tail rotor shaft. These improvements all helped, but the biggest single improvement came when I replaced the carbon-fiber tail boom with a plain old aluminum boom. Even in cases where a carbon boom may be stiffer, aluminum booms tend to have greater torsional stiffness, and this was enough to keep the T-tail from resonating. With the T-tail rigidly supported, vibration was no longer a problem, and the Loach flew beautifully.
There are two lessons here. Eliminating vibration and run-out on scale heli mechanics is generally much more critical than it is on a pod and boom heli. Also, when stamping out vibration, seemingly small wins can add up. The great thing about an electric heli is that with these problems fixed, I can expect this big bird to fly reliably for years to come.