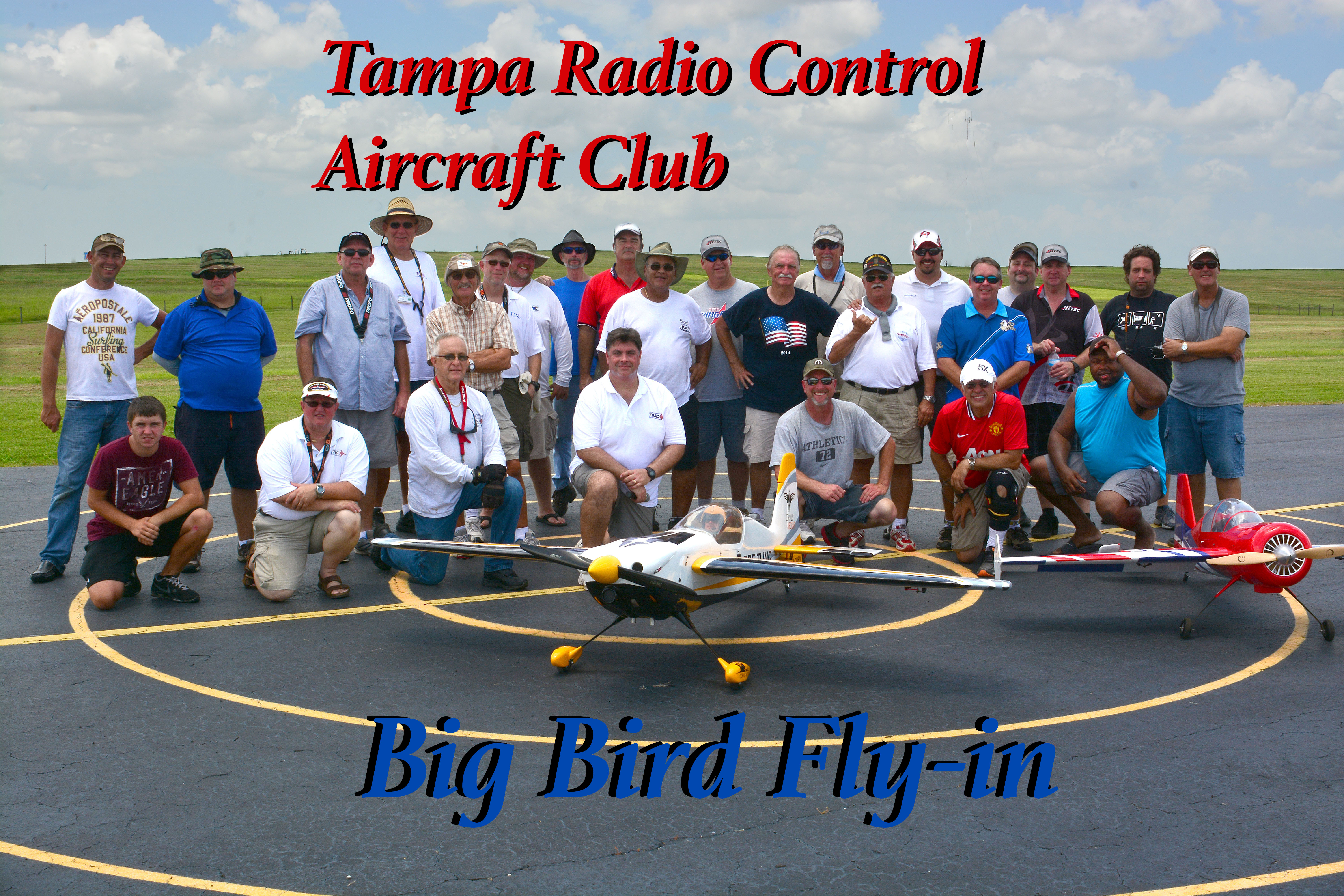 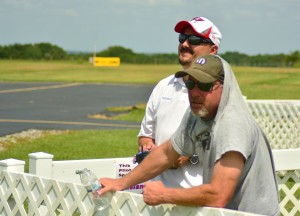 Vince Cesario Jr. and his watcher tacking on the blazing sun!

June…Summer…Florida….How do you think the weather was?  You’re probably right..HOT!  That’s 98 degrees HOT!!  But trust me that didn’t stop anyone.  Living in Florida is like living in Seattle.  In Seattle you know it’s going to rain and you make plans anyway.  In Florida, you know it’s going to be hot so you make plans anyway.  The pilots that showed up at Tampa Radio Control Aircraft Club’s (TRAC) Big Bird Fly in didn’t let a little heat stop them.  They had a great showing and there were aircraft in the air the whole event. 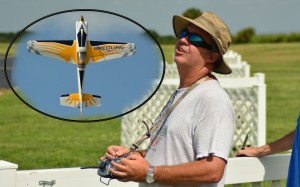 I have to say I hadn’t been to an International Miniature Aircraft Association (IMAA) Big Bird event in years.  Some pilots showed up and I thought to myself,  “Hm, these planes aren’t as big as I remember.”  But 80 inches was huge the last time I attended an IMAA event.   Like I said it’s been a few…OK, several years.  Now, with modern motors and engines our aircraft are even bigger.  So those pilots with an 80 inch plane looked small.  If you want more info on the IMAA check out their website at www.fly-imaa.org 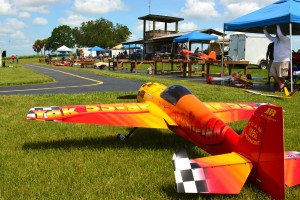 While I was at TRAC’s event I noticed only one vendor. Seemed odd as there are usually a few vendors at these events.  I wondered over to what he had and Cedric Maeweathers introduced himself and told me a little about his company.  He is located in Titusville Fl. which is on the east coast of florida and he handles three brands; Goldwing, FGH aircraft and AGM engines.  He also sells servo leads.  Get this…any size any type for $2.00.  He also has a program where you can lease a gas engine.  Sounded interesting until he started running numbers at me.  I’m sure I had that deer in the headlights look, as I’m not a numbers guy.  But go online and checkout his site at www.flyguyrc.com 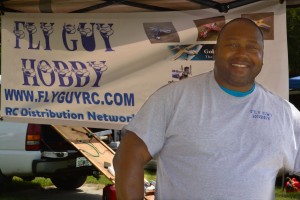 Not only were the planes big, the pilots skills were amazing.  Some pilots like Roger Niolet, flew scale and others like Luis Espinosa rocked it with 3D.  There was a big variety of aircraft and skills.  It was a blast! 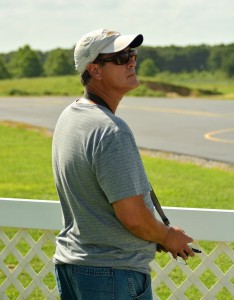 Ljuis Espinosa tearing it up with his 3D 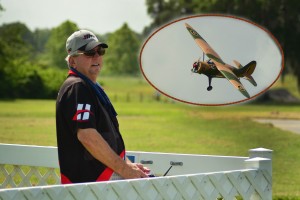 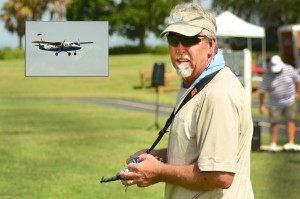 Scott Kantrowitz is the TRAC club’s President.  Scott was like a one man band at this event.  He was cooking, organizing, announcing and giving away raffle prizes.  Whew!  AND he did a great job.  He and the TRAC club are a really personable bunch of folks.  TRAC is one of Tampa’s oldest RC clubs located on a closed landfill.  They have a beautifully manicured field with a 40 X 500 ft. paved runway, a 40 ft. covered shelter with water and electricity. 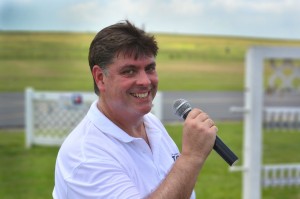 Club Pres. Scott Kantrowitz..He did a great job of running the event! 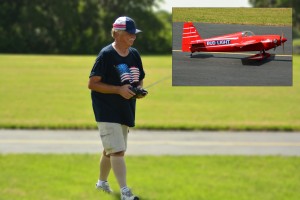 If your in the Seffner, Florida area or you see an upcoming event at TRAC, you need to put it on your calendar and stop in.  They are a great bunch of people and it’s a nice field.  You can see their field through their website.  Give it a look at: 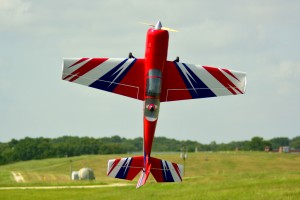 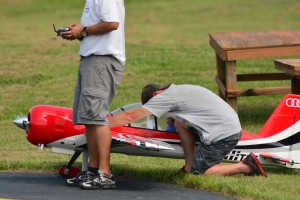