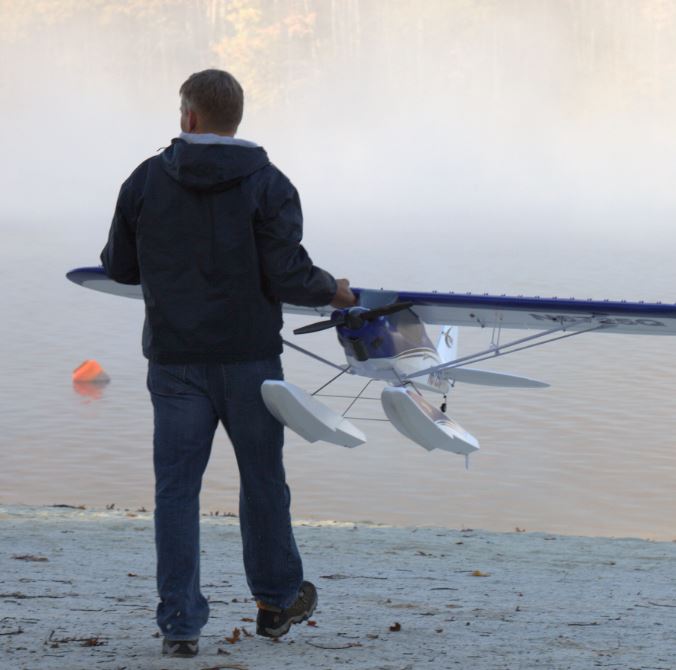 Recently we reviewed the new Carbon-Z Cun from E-flite and we really put it through its paces. Contributor and ace test pilot Kevin Siemonsen flew the Cub out of our tight test field with its flaps and big tundra tires, and even flew the plane inverted to explore its true aerobatic performance envelop. Kevin then swapped the wheel out for E-flite floats and took the Cub to the local Lake Candlewood in New Milford, CT. Flying off the docks at Lynne Demming Park, Kevin really set the tone for true bush pilot flying. Check out these behind the scenes photos that did not make it into our upcoming review in the March 2014 issue of Electric Flight. Photos by Peter Hall 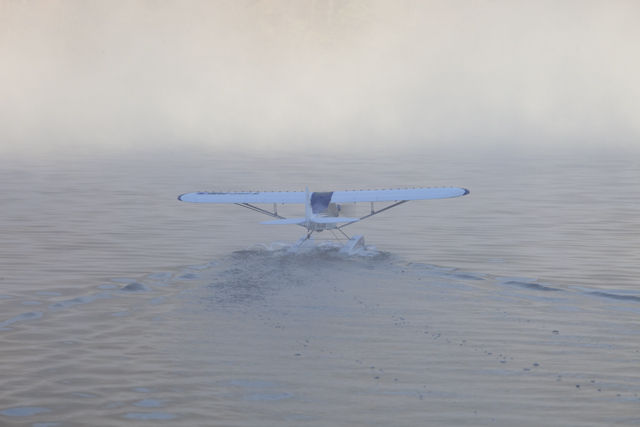 The photo shoot took place early in the morning on a Saturday and the fog had yet to lift! Pretty cool backdrop with low angle sunlight! 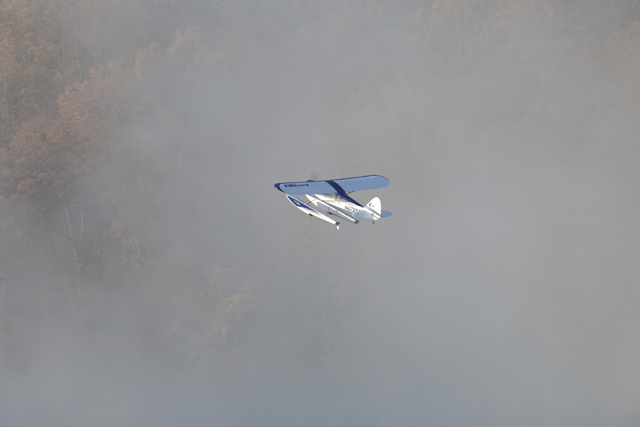 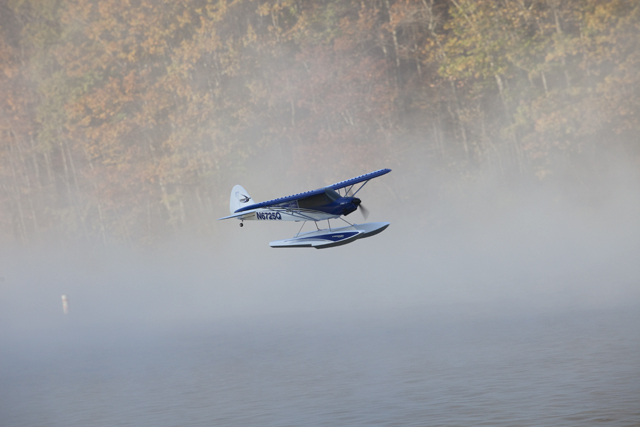 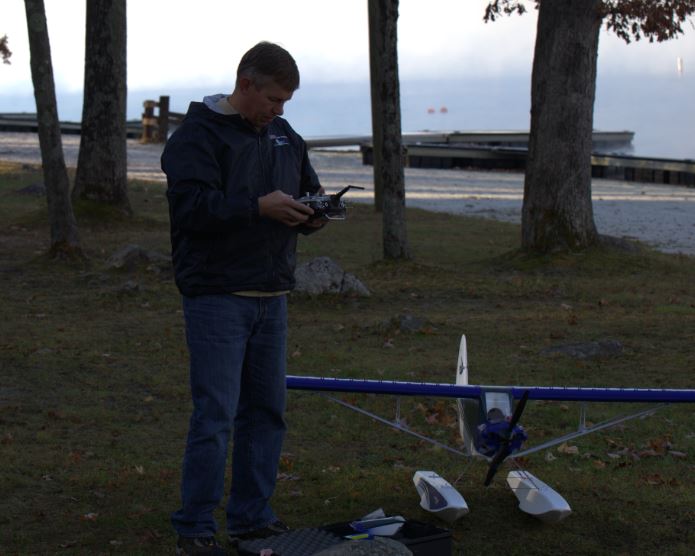 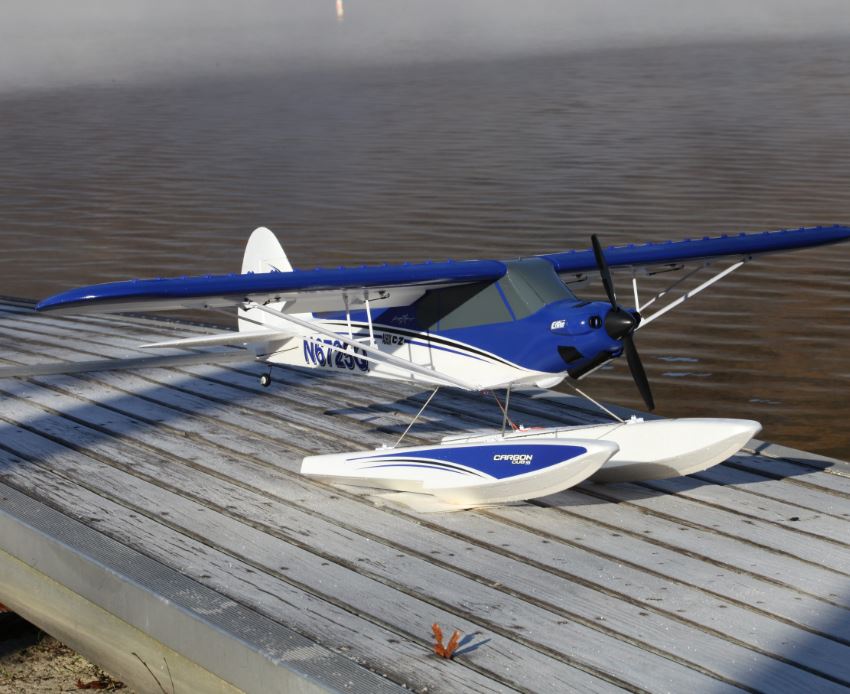 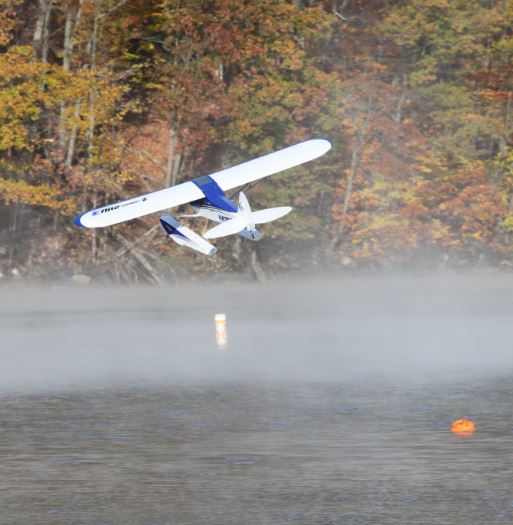 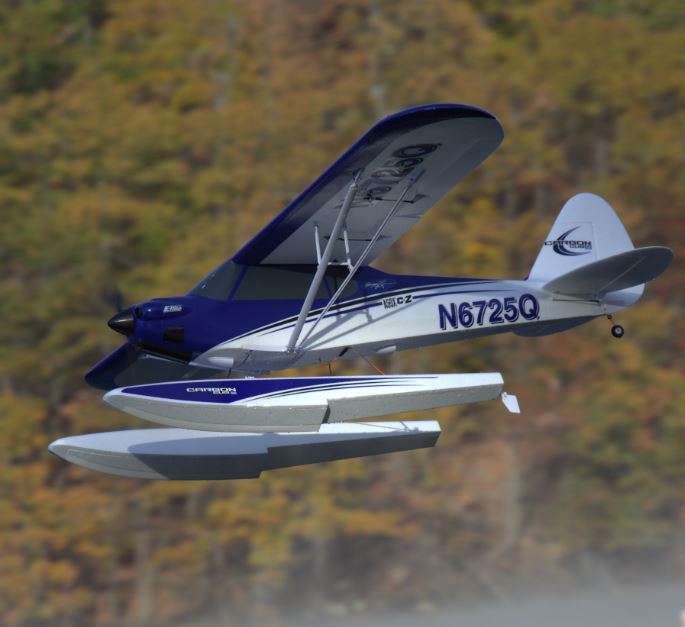 This is an awesome flying plane. Plenty of power, flaps, and even molded plastic VG (Vortex Generators) on the wings. Helping you at the sticks is the amazing AS3X flight stabilization system built into the included Spektrum™ AR635 receiver, which makes it possible for you to experience agility far beyond the classic Cub form, while at the same time providing stability better than the original with control that’s always natural feeling no matter how you like to fly. 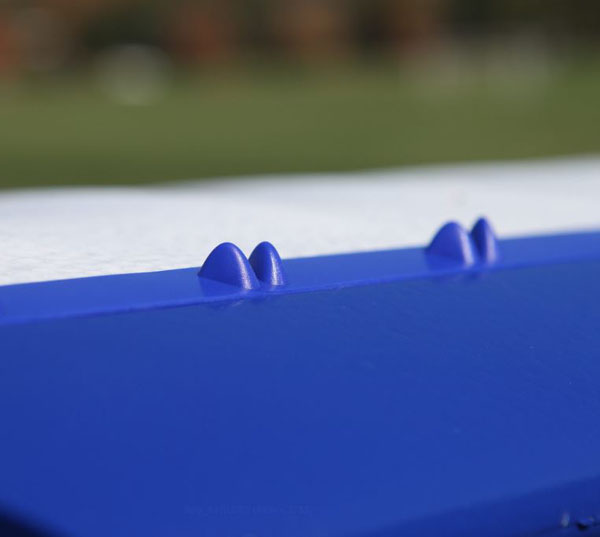 But to really get exciting performance from any test plane you have to have a talented test pilot, and Kevin is that in spades! Watch for a detailed Flight Report coming soon!