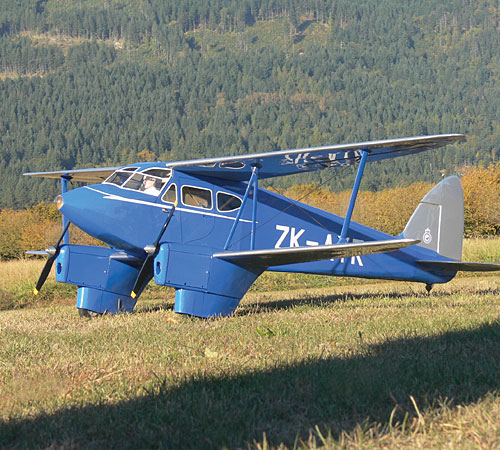 The De Havilland Aircraft Company built a series of multi-engine biplanes in the 1930s and the DH 90 Dragonfly was the last of this series. The first design was the DH 84 Dragon powered by 4-cylinder 130hp Gypsy Major inline inverted engines. The DH 86 Express was next, powered by four Gypsy Six engines. The DH 89 Rapide was the third, utilizing two 6-cylinder Gypsy Queen engines. Last but not least, was the Dragonfly. In some ways it was like a scaled-down Rapide. It used twin 4-cylinder Gypsy Major engines and carried four passengers in addition to the pilot.