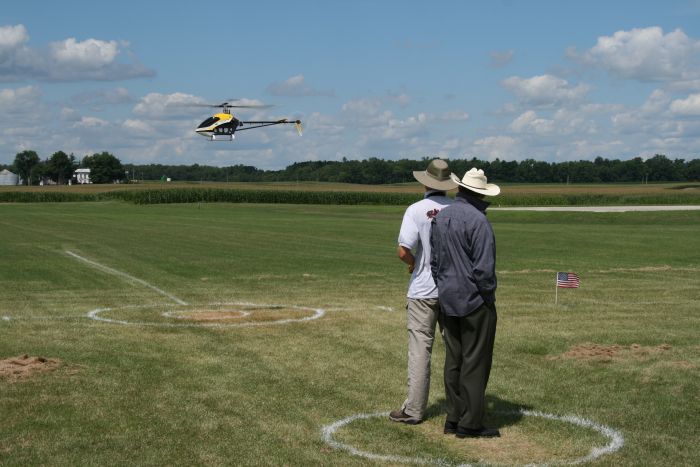 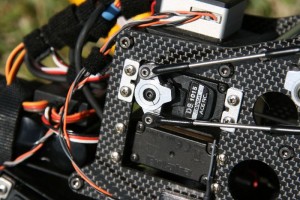 I arrived at the Heli NATS late today to find the usual, which is that Curtis Youngblood was in first place of  F3C with Nick Maxwell not far behind. I only got to see them get in one flight each, but they were impressive to say the least. I talked to them afterward, and Nick said he as been practicing for this event for the past 3 months, flying about 6 times a day in all weather conditions. Curtis was flying his new Rave Ballistic FAI machine, with flybar, with direct servo ccpm control of the swashplate and special gearing.

Tom Erik Rolfson is a Thunder Tiger International Team member who came to IRCHA all the way from Norway. He’s flying the new Titan 50X with torque tube, powered by a Thunder Tiger Redline 56H enigne. He is also using the new flybarless head Thunder Tiger is coming out with next month, and it loods great. The follower is built in to the base of the head, which is slightly hollowed out to save weight, coming in at only 7 lbs.

I’m also running the new TT Redline 56H engine, and I’m a big fan of adjusting the mixture to head temperature. I asked Tom what his technique is to adjust the carb, and he said he also uses temperature. However, rather than use an infrared gun, he uses his finger. After a flight he touches the side of the engine and sees how long he can keep it there. He’s aiming at 3-4 seconds for a good mixture, while 5-6 seconds means it’s too cool and rich, and 1-2 seconds means it’s too hot and lean. Now this is a new technique I have not tried, but will in the future.

I also talked to Tom about some of the new products we’ll be seeing from Thunder Tiger in the next few months. It seems he has been testing the new Raptor 90 G4 (nitro) and the Raptor E720 (electric) in Norway for the past 7 months. Both of these helicopter share the same basic design, and can be converted from gas to electric, and back again, in only a few minutes. They both use helical gears on both the main and tail rotor.

He was also flying the yet to be released Thunder Tiger GT5 flybarless control system. I didn’t get to see much of this, other than to see it was mounted to the front of the helicopter, but I’ll report more as I find out.

That about does it for today. Stand by for more tomorrow night.