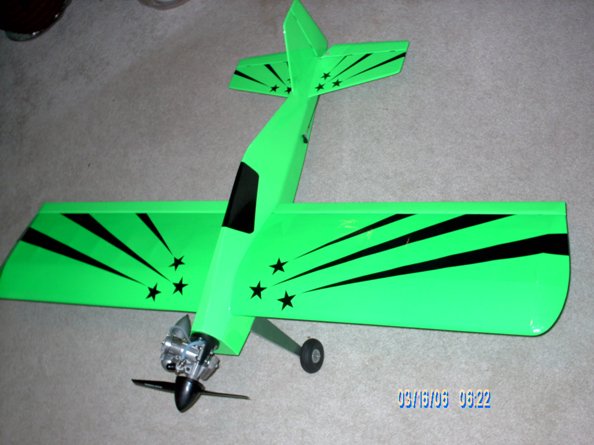 Gordon Brechinn of Surrey, B.C. Canada, writes,
“In response to your January 2008 MAN editorial asking for pictures of models made from MAN Plans, I am sending you a picture of our HOTS Plan #FSP02932. These were made in May 1993 from the same plan set and if I remember correctly I cut the parts for both of them from the plan that Barry bought from MAN.
My Hots (Gordon) is on the left in the picture and the one on the right was made by my flying buddy Barry Phipps. The top picture is of the top of the Hots and the bottom picture is of the bottom. The pictures were taken at our field Sea Island Model Flying Club in May 1993.
Gordons model is powered with a Thundertiger 40 and controlled with a Futaba radio and is still flying at least once a year at our yearly fun fly or on a windy day as it is fun in the wind. Barrys was powered with an OS40 and controlled with Futaba radio. Unfortunately Barrys Hots was stolen from his garage a few years ago.”/FONT>