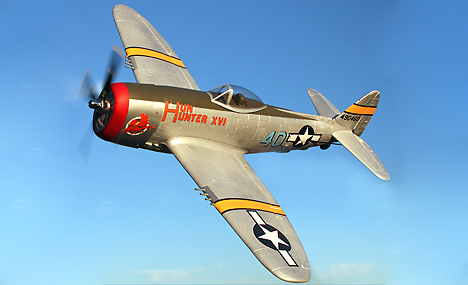 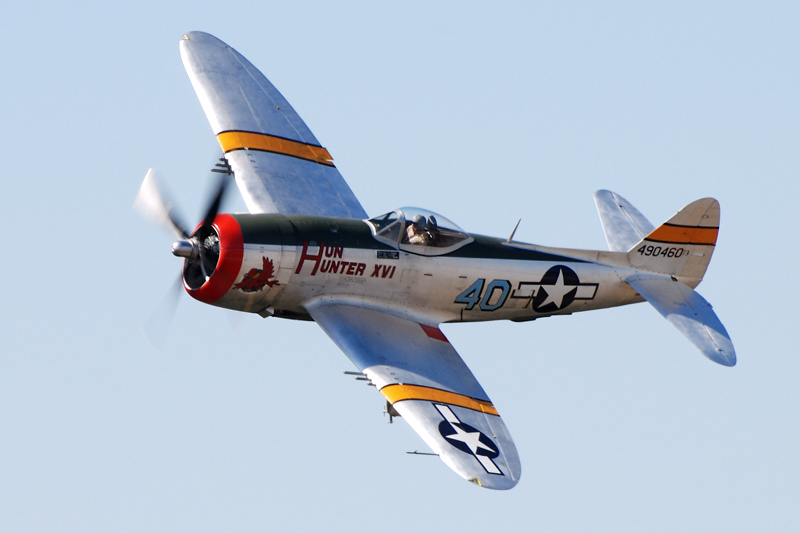 Affectionately known as the “Jug,” the Republic P-47 Thunderbolt, was the largest and heaviest WW2 fighter to be powered by a single reciprocating engine. The P-47 had the reputation of being extremely hard to take out of commission and these warhorses often brought their pilot’s home with enough damage to have downed other fighters. It was used successfully in air combat but proved especially well-suited for ground attack missions dropping its bombs on primary targets and then hedge-hopping to find targets of opportunity to pummel with its eight .50-caliber machine guns. For heavily-armored targets, the P-47 was frequently outfitted with two 500 lb bombs. When fully loaded the P-47 could weigh up to 16,000 pounds. 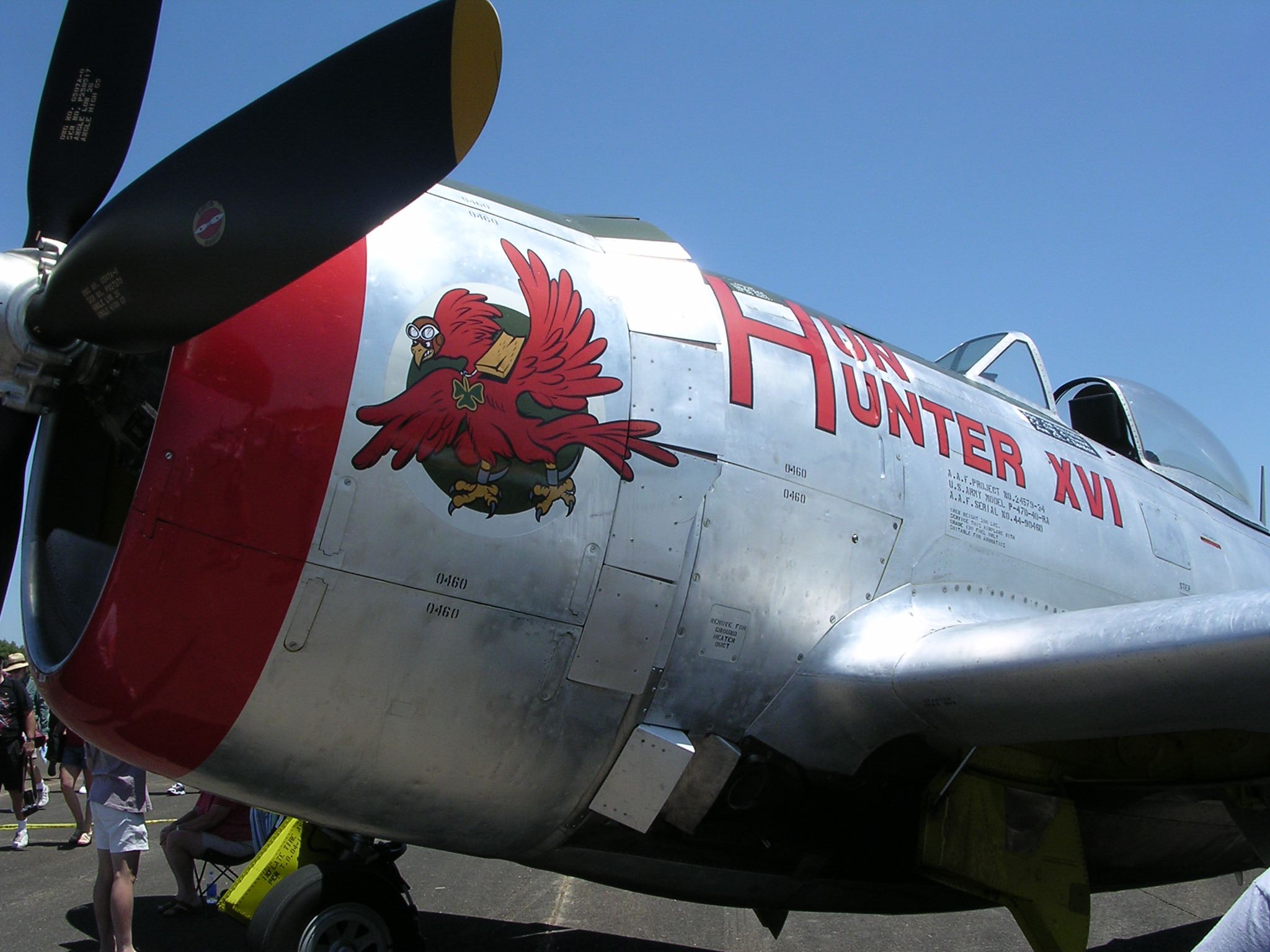 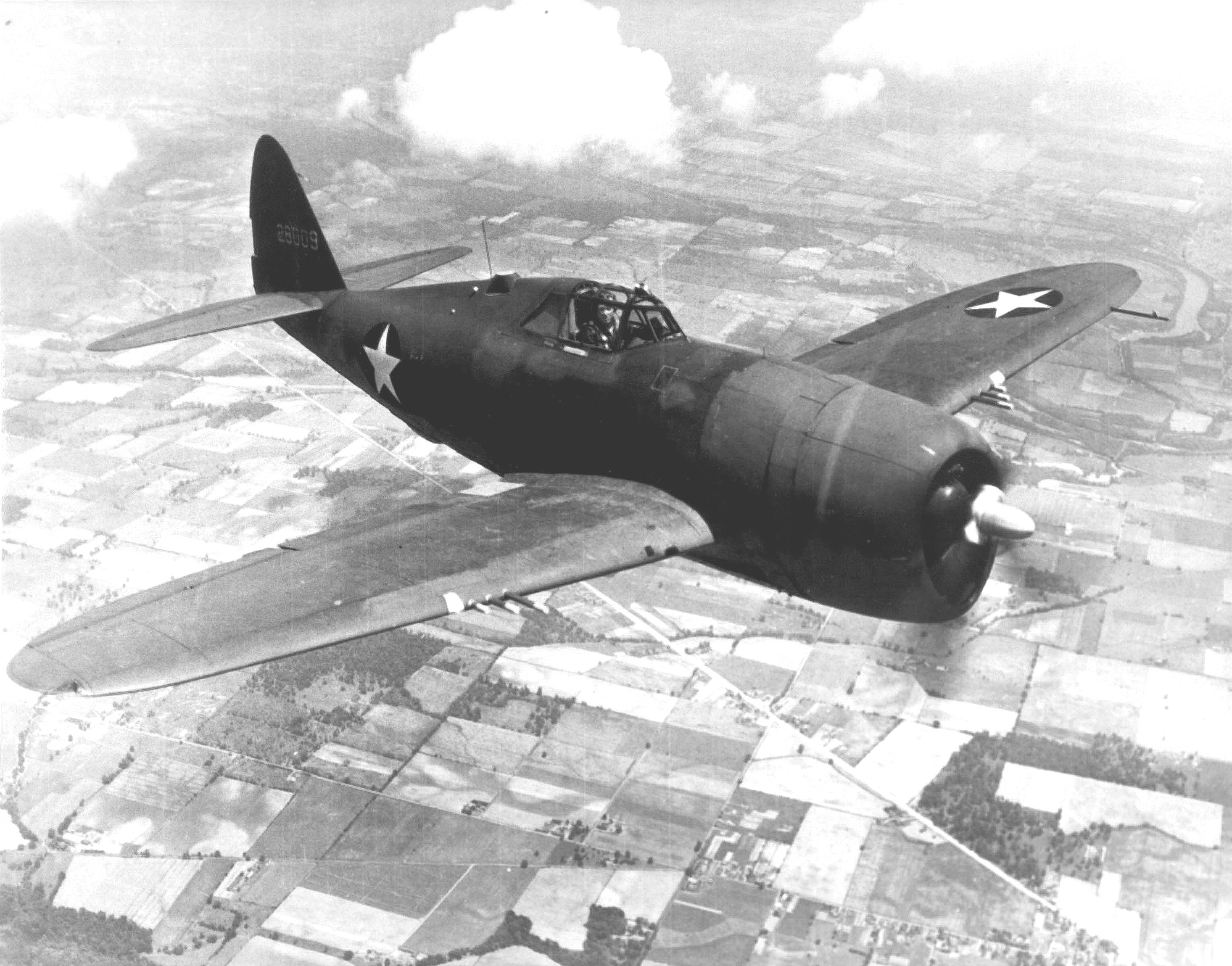 Originally the P-47 was designed with a “razorback” canopy configuration resulting in relatively poor pilot visibility to the rear. Taking cues from the British Hawker Typhoon and the North American P-51 Mustang, the Thunderbolt was eventually fitted with a bubble canopy. The first Thunderbolt to be so outfitted was a modified P-47D-5 completed in the summer of 1943. New batches of bubble-top Thunderbolts were deliveries to combat groups in May 1944. These new mordern-looking P-47s were quickly nicknamed “Superbolts” by the combat pilots that flew them.

Other improvements added in this new aircraft series included engine upgrades, increased internal and external fuel capacity, and the fitting of dive recovery flaps. Though the bubble-canopy greatly increased the pilot’s ability to see rearward, the drastically altered aft fuselage produced a yaw stability problem. This was remedied with the addition of a dorsal fin. 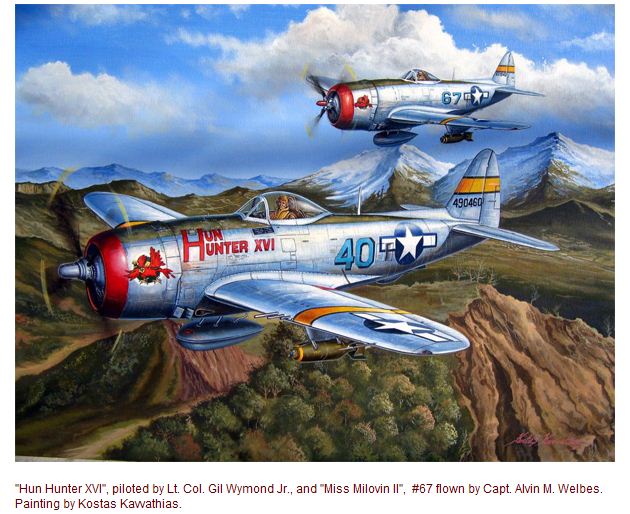 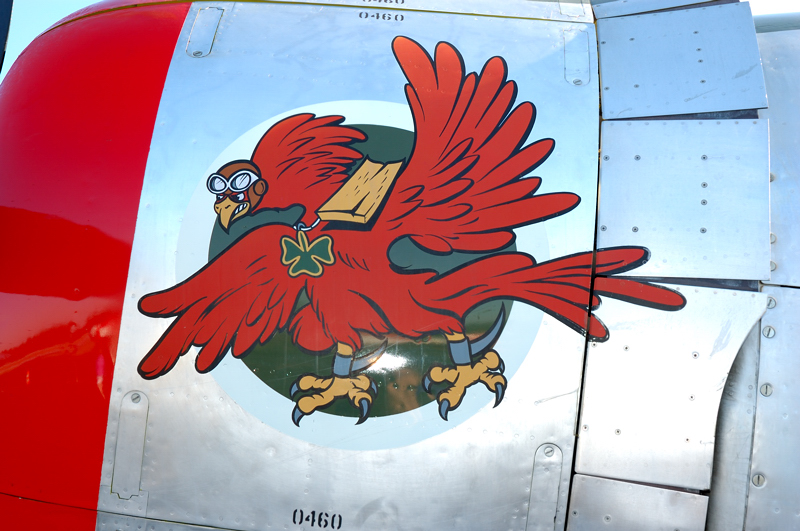 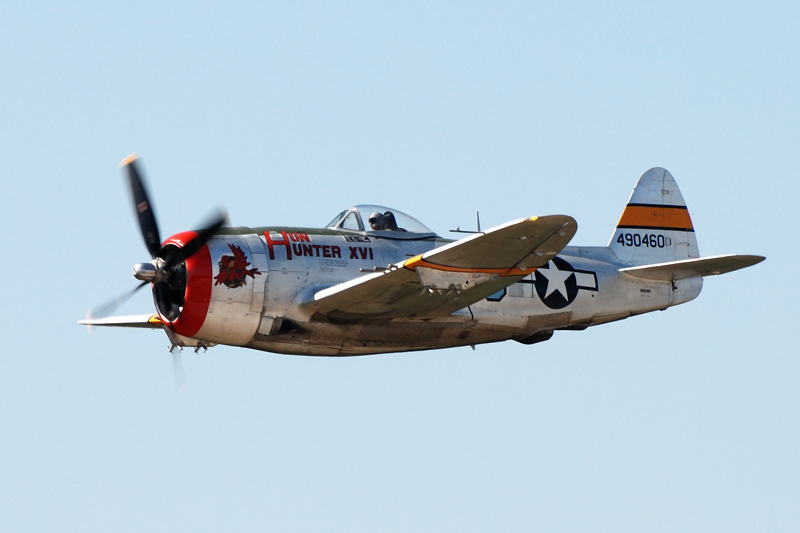 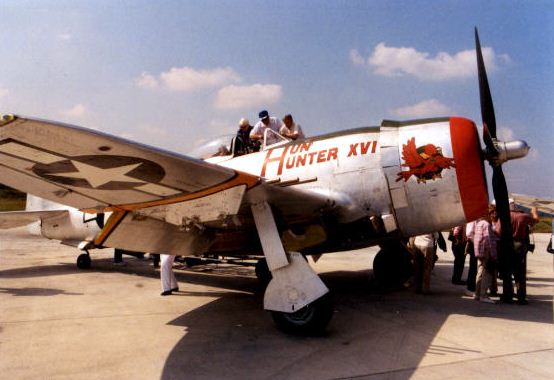 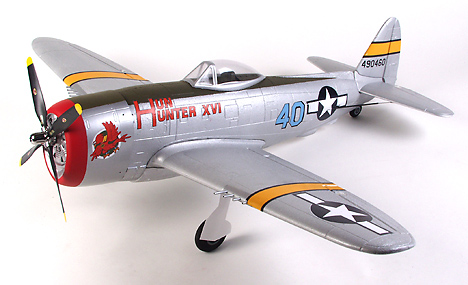 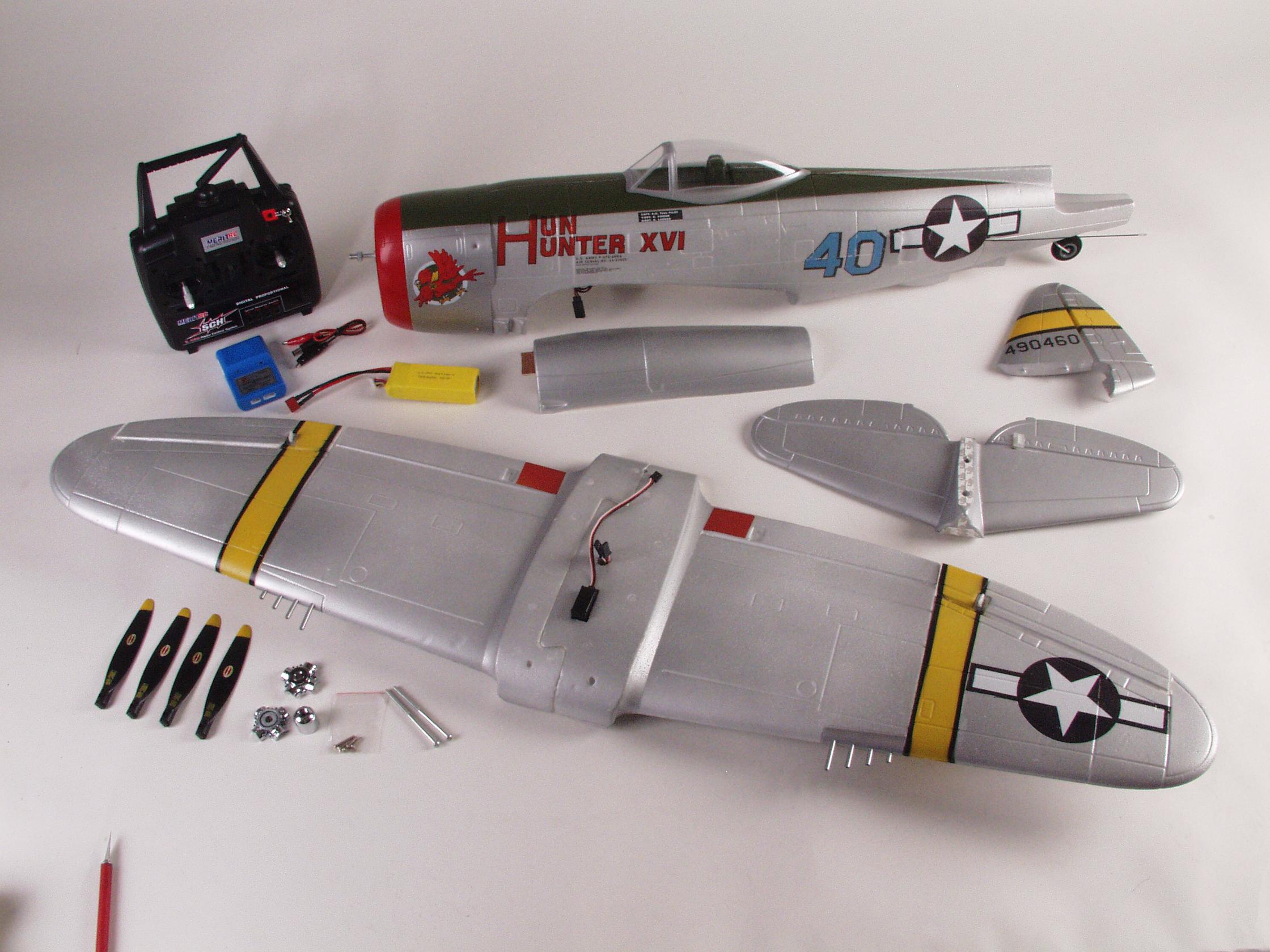 Here are a couple of photos of the Hobby Lobby P-47 Thunderbolt ARF being reviewed in the upcoming July 2010 issue of Backyard Flyer. Watch for it!