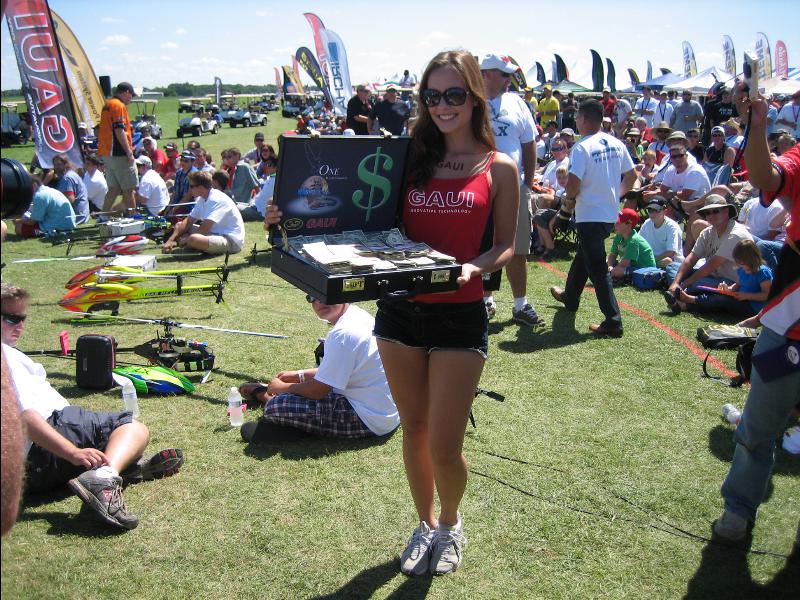 The ONE Competition had a 7 min. fly off between the top seven flyers in the world, with the $7000 in cash shown here to the winner. The Gaui girl is not included. The competition was fierce, but in the end Nick Maxwell proved to the unbeatable after his 360° knife edge circle. Congratulations Nick on a job well done. 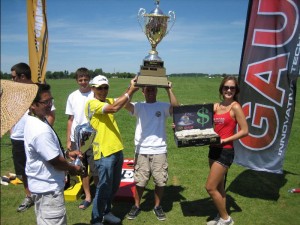 If Nick is going to continue to win more contests, he will have to do more push-ups to get the trophies over his head.