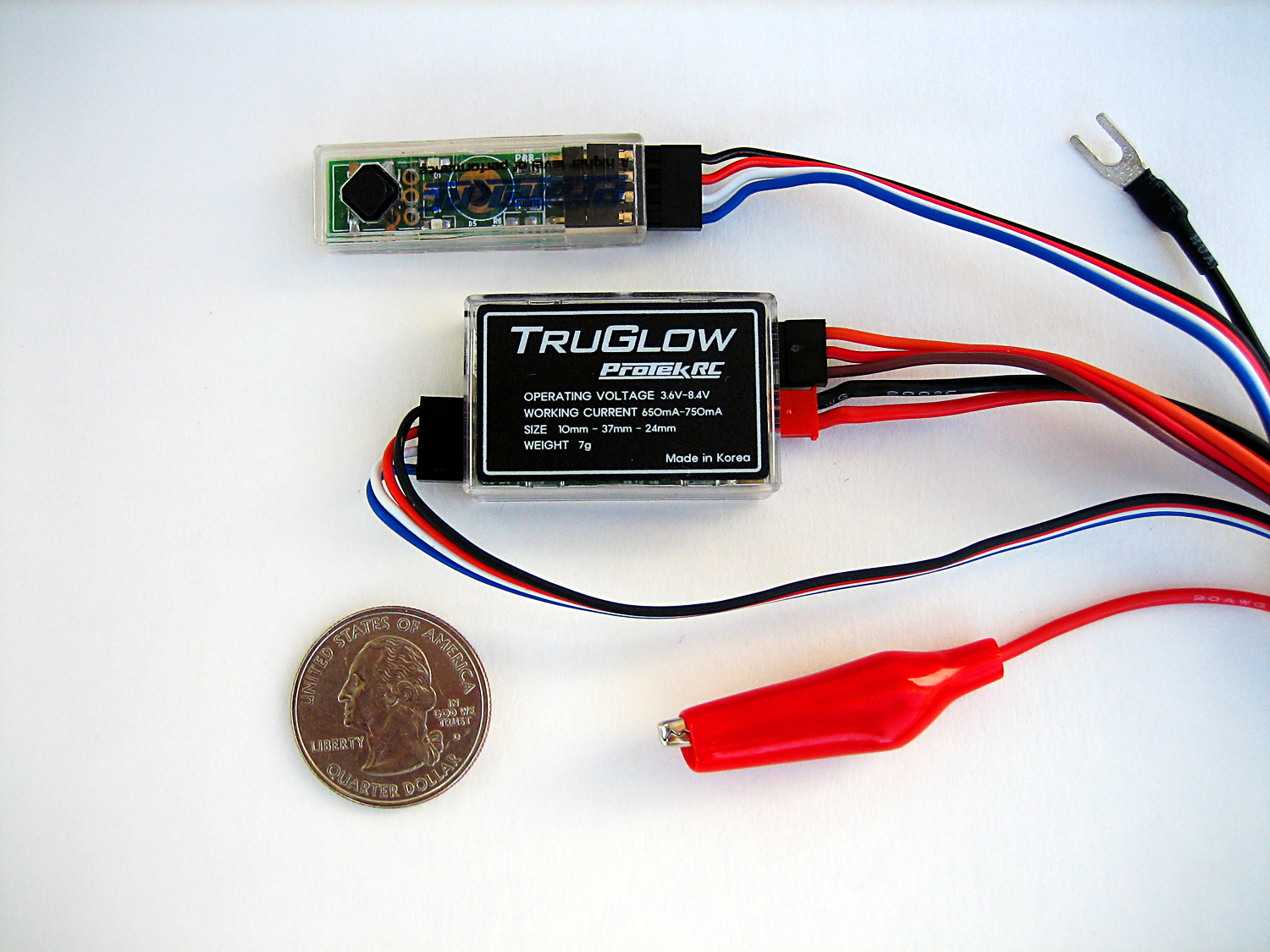 With the ProTek R/C ”TruGlow” Remote Glow Igniter System you can leave your old glow plug battery in the field box because the “TruGlow” uses your receiver battery to power the glow plug in your airplane or helicopter. This not only makes it easier to start your engine, but can also be setup to help prevent the engine from stalling out at low throttle settings, or when throttle hold is activated.

The ProTek R/C “TruGlow” programming is controlled through an open channel on your transmitter or the remote switch shown in the photo, and provides three levels of heat or “brightness” for the glow plug. Simply plug the “TruGlow” into an open AUX or Gear channel on your receiver, connect the black ground wire to the crankcase or engine mount and connect the alligator clip terminal to the glow plug post. Then, decide whether you want to operate the “TruGlow” using a toggle switch and mixing function on your transmitter, or the included push button remote switch for control. Whichever option works best for your application. You can also adjust the amount of time the “TruGlow” operates, from 12 to 60 seconds, in 12 second increments. And, since these functions are optional, you can program the “TruGlow” to suit your personal requirements.

The included remote push button switch features a 16″ lead that keeps your hands away from spinning blades or props. An audible alarm and LED light lets you know when current is being delivered to the glow plug, while the Micro Controller Unit (MCU) monitors all functions and helps to avoid damage to the glow plug. And the “TruGlow” is backed by ProTek R/C’s award winning support and customer service.