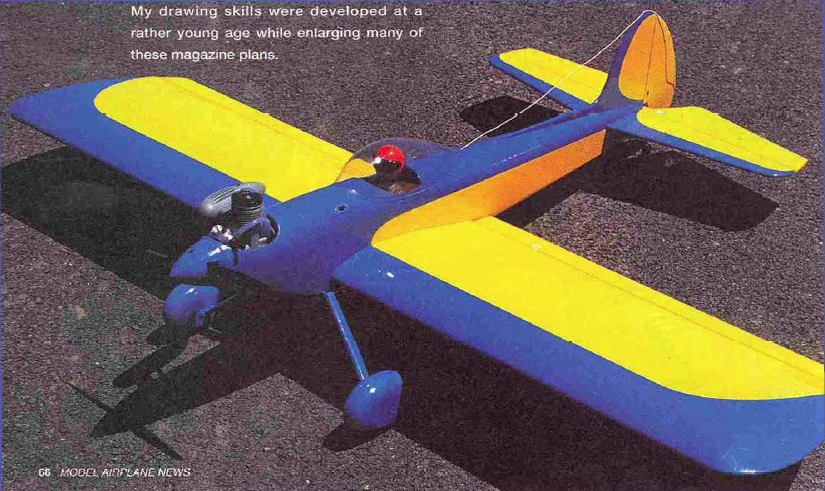 There were many attractive sport and stunt control-line models designed in the late 1940s and 1950s, and I’ve built many of them. Kits back then, though, were priced from $1.50 to $4 and were generally out of my financial reach, so this made scratch-building from magazine plans my only alternative. Full-size plans were inexpensive and, in many cases, were included in the magazines featuring the model. If the full-size plans were not included, often, the ribs and formers were. Besides, I was always too impatient to order and wait for the plans, and they cost money that could be better spent on balsa and other supplies. My drawing skills were developed at a rather young age while enlarging many of these magazine plans.

To read more, click the link to open the PDF: X08971 Ringmaster