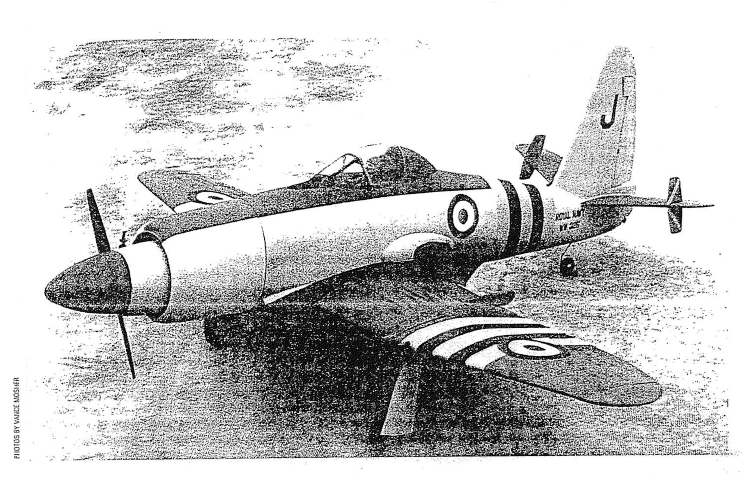 The wyvern was a mythical monster with the front legs of a dragon and the barbed tail of a snake and, of course, it was one mean creature! The Westland Wyvern was the last fixed wing aircraft design from the Westland Aircraft Co. and was one of the last propdriven fighters. It was a very large airplane that was about the same weight as a DC-3 but larger than-and twice as powerful as-a P-47 Thunderbolt. Its twin, contra-rotating props certainly gave it the same mean appearance as its fictional predecessor.