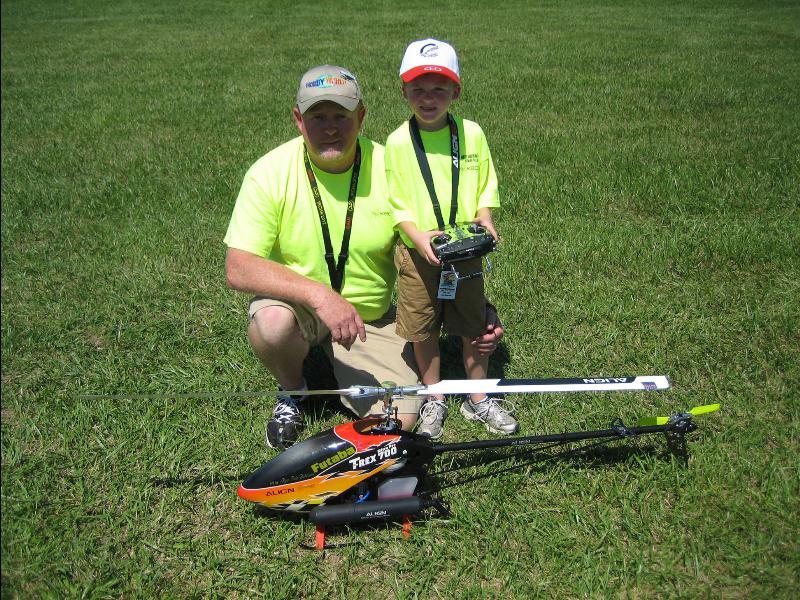 Six-year-old Ryan Todd Robertson, of Mt Washington, KY, poses with his father, Todd, and his TREX 700. Ryan has just started the first grade, and at his kindergarten graduation he put on a helicopter demonstration for the rest of the class. He is currently the youngest AMA helicopter pilot and newest company pilot for Compass Models. Ryan is also a member of the Louisville Remote Control Club, and flies the Real Flight 6 simulator 2 to 3 hours a day. Although this is the first IRCHA for both father and son, he has flown at numerous fly-in’s and helps his father with routine helicopter maintenance and repairs. Ryan’s best subject is math and some day he hopes to be a full-scale helicopter pilot. I’m sure we’ll hear a lot more about Ryan in future IRCHA Jamboree’s and helicopter contests.