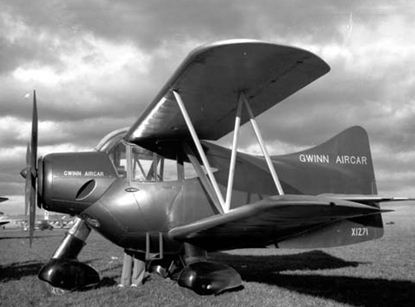 This week in 1938, famous pilot Frank Hawks & his mechanic are killed in crash of Gwinn Aircar. This unusual privat aircraft was designed to carry two people and was billed as a plane that was as safe and simple to operate as a car. Some of its features included a basic early tricyle undercarriage. After the 1938 crash, development was abandoned.