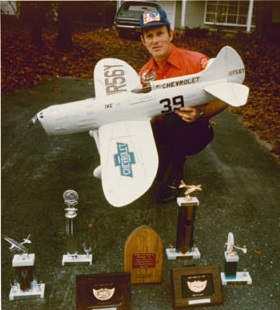 It’s hard to believe that Henry Haffke, has been a contributor for more that 40 years. One of his more popular “non Gee Bee” designs was his .40 size Howard “Ike”–Miss Chevrolet racers. We dusted off an old folder in the “Construction Article” cabinet and here’s some great photos.

(Above) Henry Haffke’s.40-size Howard Ike “Miss Chevrolet” was designed in 1975 and first appeared at the 1976 WRAM show. Henry competed with it starting in that year and the photo above was shot in 1977. 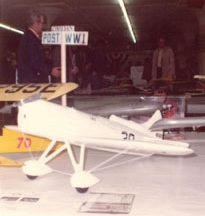 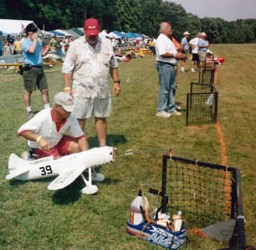 To celebrate it’s birthday, Henry restored and brought the Howard Ike to the 2007 Old Rhinebeck RC Jamboree. Above you see a shot of Gerry Yarrish (red hat,) and Nick Ziroli Sr., checking it out before Henry’s first rebuild flight. The model flew great, but the old O.S. .40 needed a lot of help and a prop change.

It was at this Jamboree that Henry asked Gerry about helping him design a modern 1/3-scale “Ike” and the next thing Gerry knew, he was up at Henry’s upstate NY, workshop going over plans and basic structures. We worked together over the phone and then when the basic airframe was complete, Gerry took over the project for engine and radio installation, covering, painting and finishing! Gerry commented, “It was great to be part of Henry’s modeling history 30 years later.” The new model was test flown in 2008 and after a long while Henry produced his construction article and sent it to the office. After some design changes and redrawing, the  1/3-scale “Miss Chevrolet” (plans X0313A) was published in the March 2013 issue of MAN. 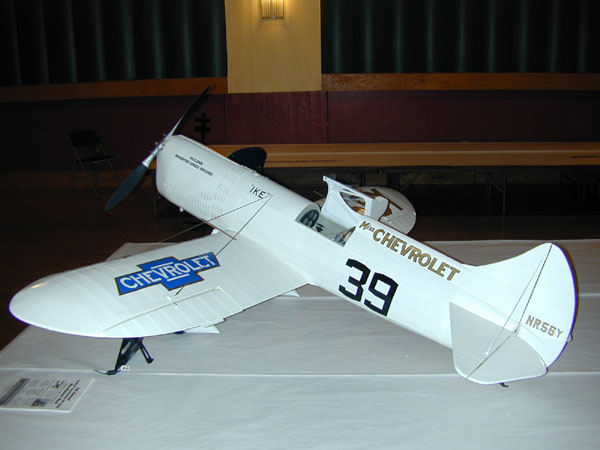 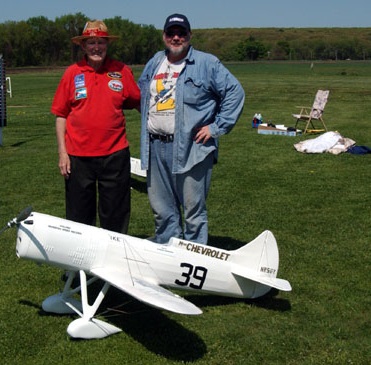 Henry and Gerry at the CCRCC flying field in Farmington, CT on test day. The new giant scale Howard Ike was powered by a Zenoah G-26, had plenty of power and flew great!

Shortly there after, Henry unfortunately, suffered a serious stroke and he is now in an assisted living facility as we reported back in October 2013. Check out the post at this link. https://www.modelairplanenews.com/blog/2013/10/21/help-henry-haffke-with-your-well-wishes/

It has been a while, but if you would like to send your greetings to Henry, we have his contact information in the posting!

He is a true legend of RC.