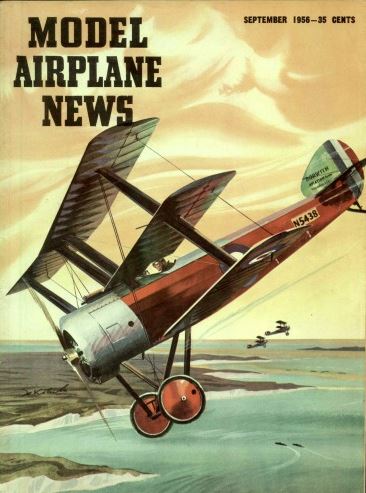 For Throwback Thursday we selected the September 1956 cover of MAN showing Jo Katula’s beautiful artwork of a Sopwith Triplane. The aircraft was manufactured by the Sopwith Aviation Company during WW1 and pilots referred to it as the Tripehound or simply the Tripe. It was made operational with the Royal Naval Air Service in 1917 and proved to be very successful because of the improved pilot visibility (being able to see the enemy aircraft) . The Triplane was produced in small numbers and was eventually replaced by the Sopwith Camel in the later half of 1917.

Our own long time MAN contributor Nick Ziroli Sr., is also developing an RC version of the Sopwith Tripe, and will be offering plans for it through Nick Ziroli Plans. 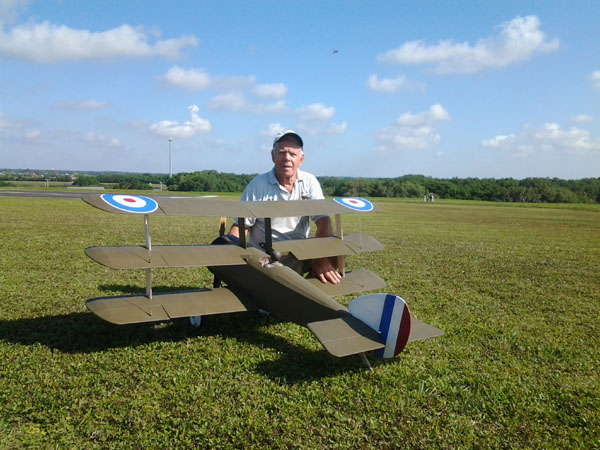