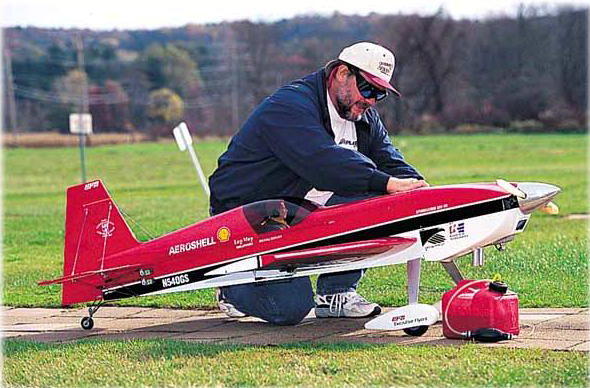 Not terribly old, but back in 1999, my favorite plane was this 30% scale GS300 Staudacher from the GSP (Giant Scale Planes) ARC. It was powered by a 3W 60cc rear induction single cylinder gas engine, was outfitted with JR 8103 radio gear and it was covered and finished with Hangar 9 Ultracoat and Cajun RC custom made decals. 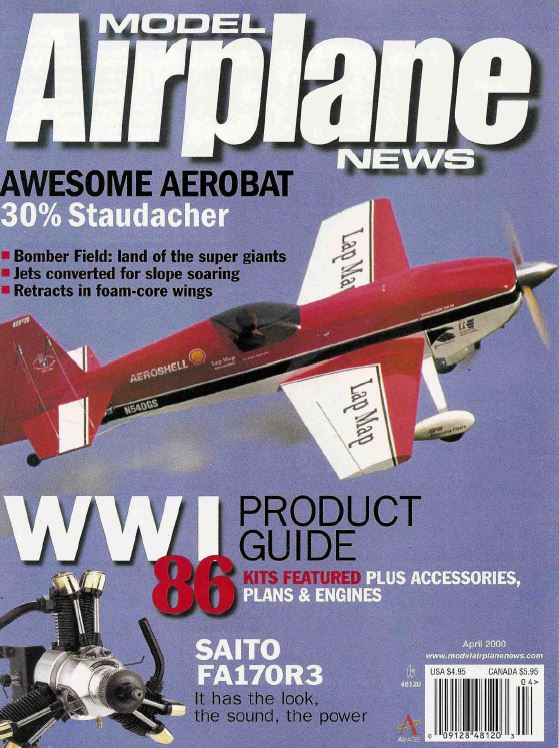