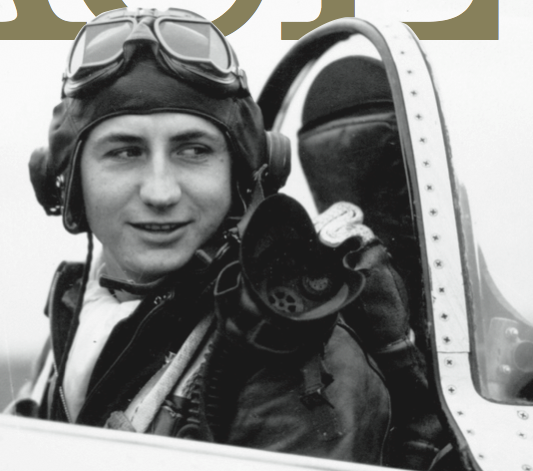 Lt. Col. Paul P. Douglas Jr. was separated from his unit, having shot down at least three (possibly five) Fw 190Ds after engaging a numerically superior enemy force. Out of ammunition and coaxing his damaged P-47 Thunderbolt “Jug” home, Douglas was bounced mercilessly by a German pilot, who emptied his 20mm cannon shells into the American’s plane. The shells blew his canopy away and ripped off his helmet, wounding the pilot in the head. Douglas was now an ace, but living to tell about it was no certainty. The German raked the stricken Jug from wingtip to wingtip with his 13mm MG 131 machine guns until he was out of ammunition. Only the armor behind his head and back saved him from certain death. To his sur- prise, the German pilot, with no way to finish Douglas off, formed up on his wing and saluted before flying away.

To read more, click the link to open the PDF: Thunder Bum Ace