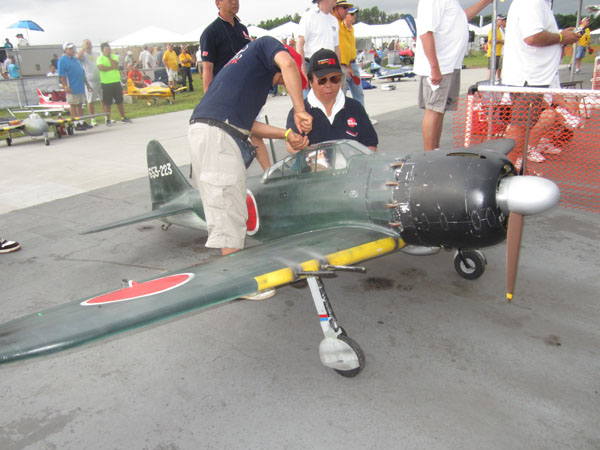 So there are plenty of Zeros flying in scale competition, but few are 1/3-scale, and even fewer are competing at Top Gun and having traveled all the way from the country of Japan. And not only that, but there are two monstrous Rising Sun fighters in the Top Gun lineup. 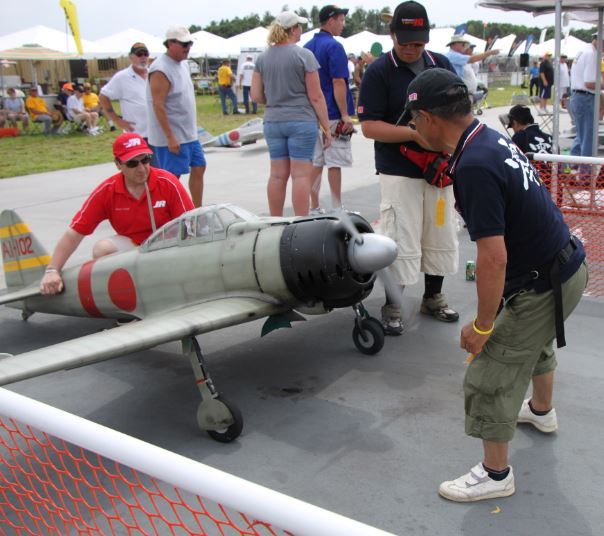 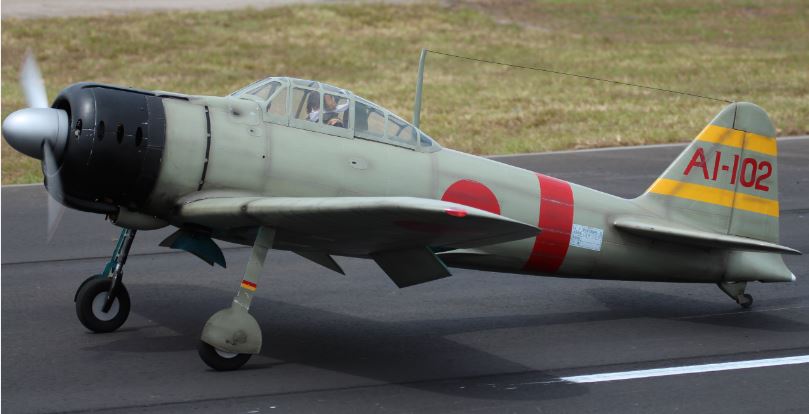 (Above) Built by Owia Masakazu of Tokyo, his Type 21 is an Early model fighter (no visible exhaust pipes,) and has a 137 inch span and is powered by a Moki 250 radial engine. 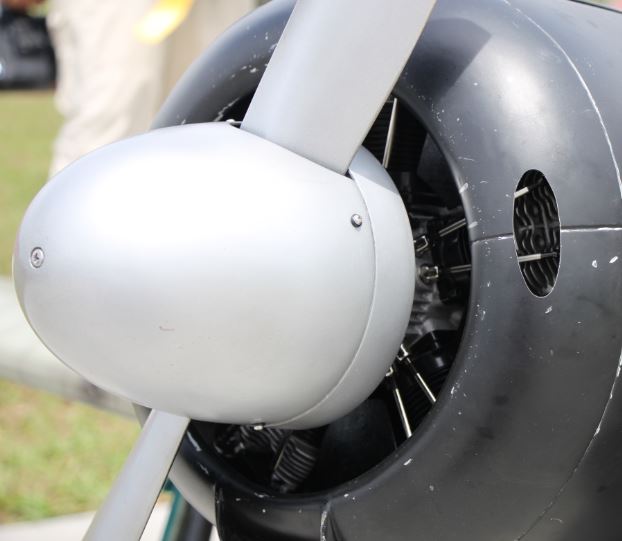 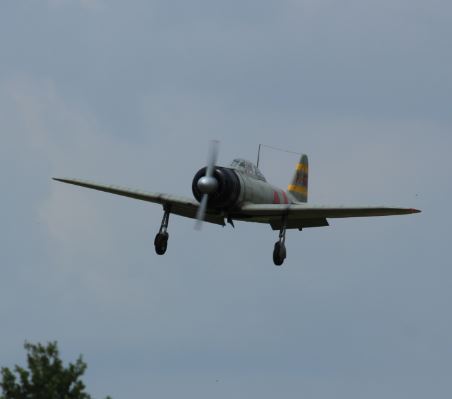 (Above) Type 21 on final approach. 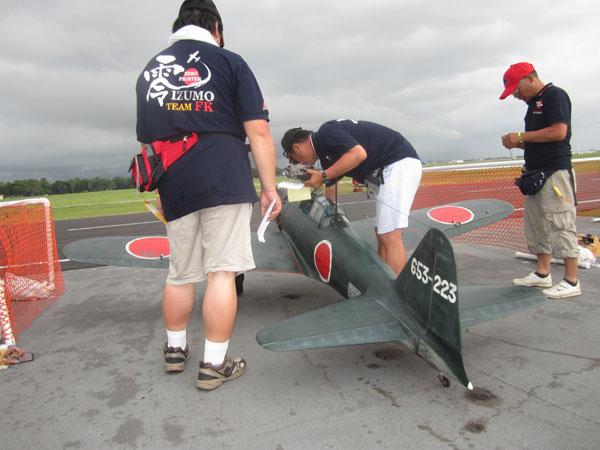 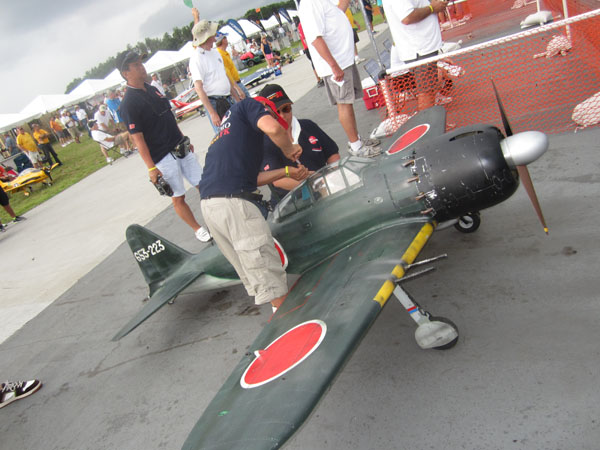 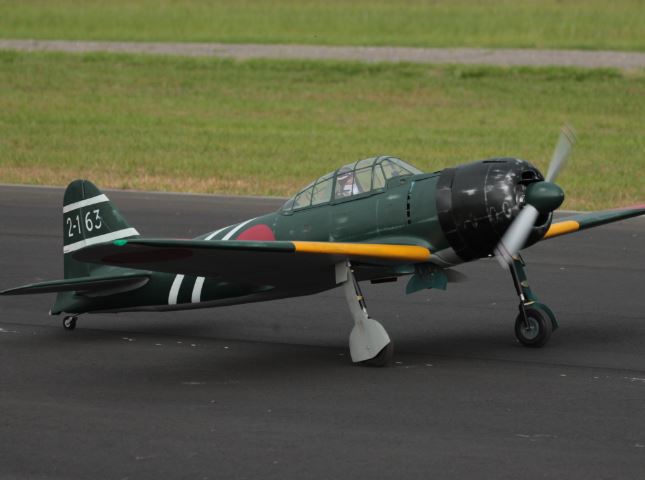 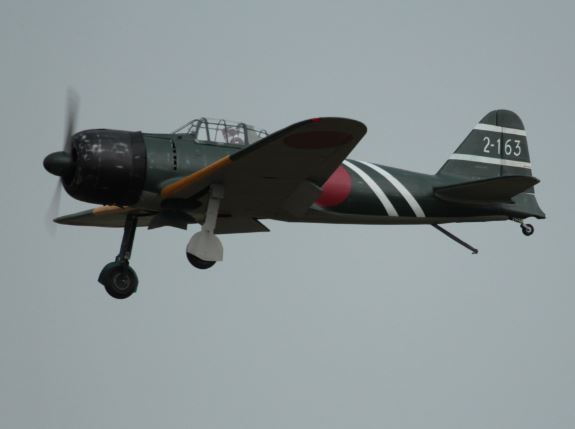 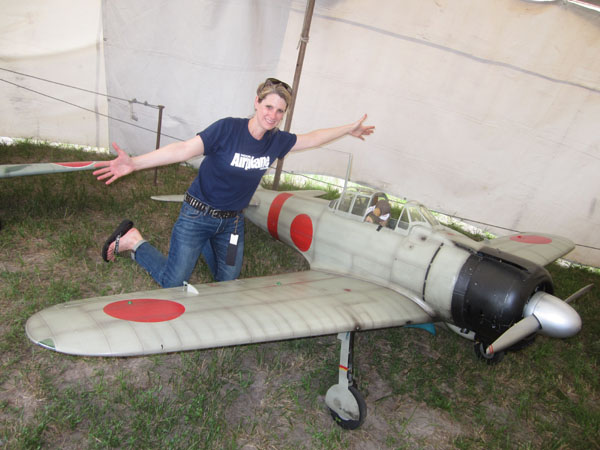 Yes this Type 21 Zero is huge! As can be seen with Exec. Editor Debra Cleghorn showing off her wing walking style!