During the past few years, event organizer, Leonard Bechtold, Bob Curry, and Len Henderson, have been striving to keep alive the old tradition of the free-flight, mass-launch event. The roots of the event were planted several years ago by Dave Platt who showed everyone how free flight models are suppose to perform, back in the very early days of Top Gun. Model aviation in its purest form, the Top Gun free flight event is both very challenging and ultimately rewarding. (Photos by David Hart)

Open to anyone who wanted to compete, the free flight rubber power scale event is open to all Top Gun pilots, their crews, event staff, photographers, and anyone else who wants to show up early for the mass launch. The planes need to have a minimum span of 36 inches for monoplanes and 24 inches for biplanes. The model have to represent an actual manned aircraft but they can be from any time period. Models can be built from kits or plans, but no ARFs or foamy models wre allowed. There were no limits on the model size or number of rubber motors used. Trophies were awarded (to third place) for Flight Duration and for Craftsmanship. 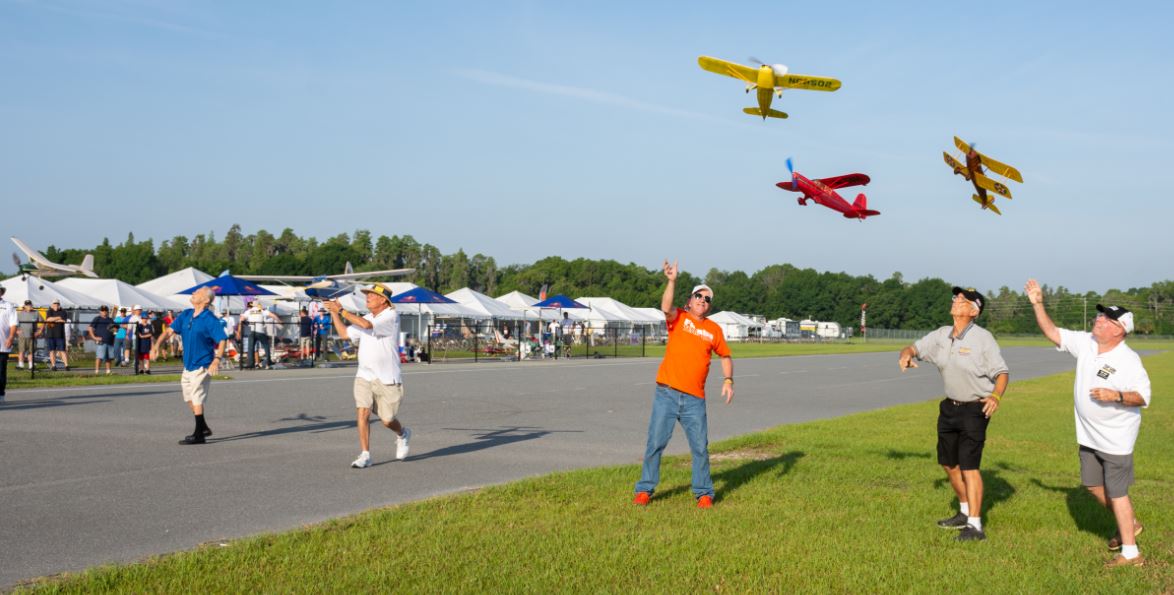 Each year, this is a fun event and the craftsmanship of all the aircraft remains very high. Early in the morning or late in the afternoon, (weather permitting) some of the free flight contestants performed test flights so they could fine tune their model’s trim setting in the hopes of an acceptable flight during the mass launch. 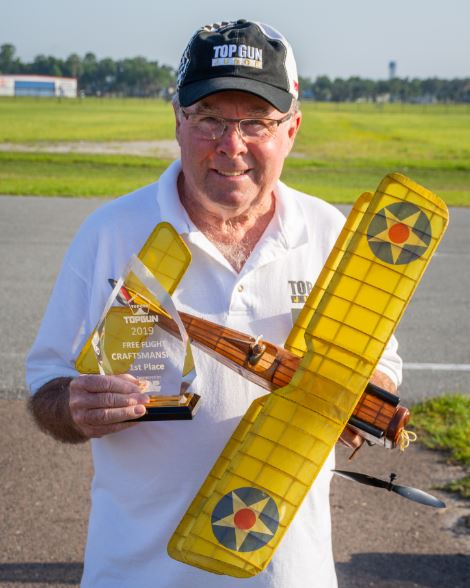 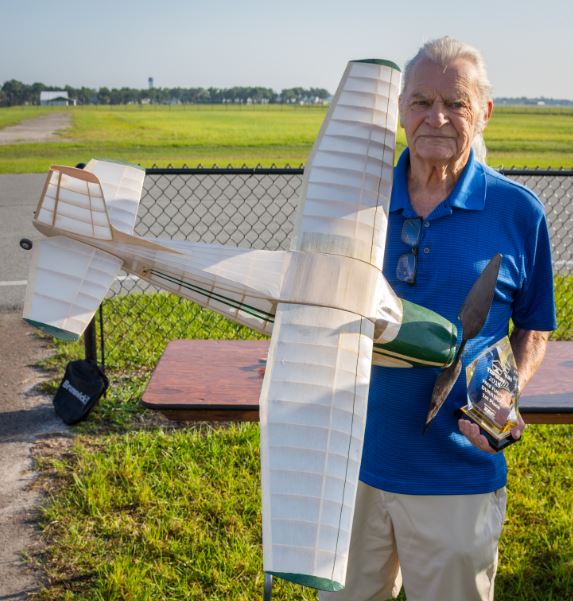 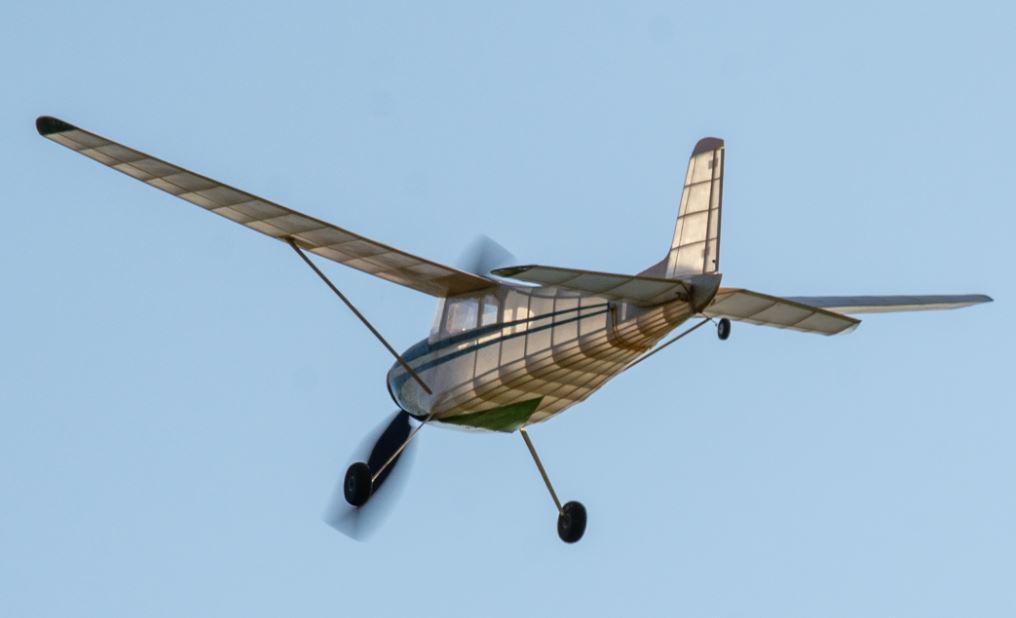 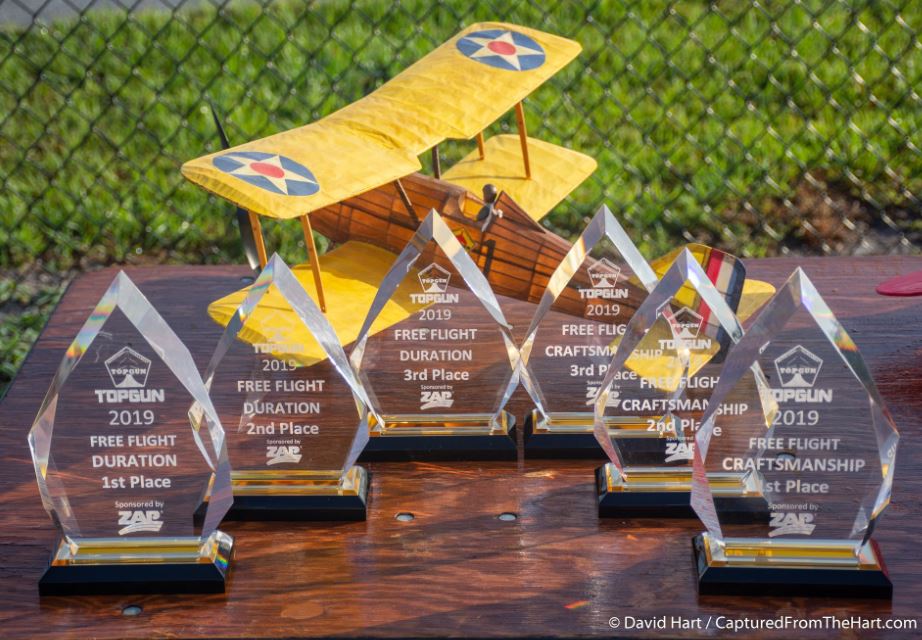