The 2011 “Wattfest” was held at the Tampa Radio-control Aircraft Club, otherwise known as TRAC on Saturday, October 2nd.  First off, let me just say TRAC is a great facility. It has a beautifully paved asphalt runway and taxiway with a yellow painted centerline, green grass, and plenty of space. It accommodated everything from small 3D foamies to giant scale high speed EDF jets.
The Wattfest was a one day event for electric aircraft of every genre. I arrived at about 10 A.M. and the place was already packed. We grabbed a spot down on the East end and set up shop. I brought my two Extreme Flight Edge 540T EXP’s and my Twisted Hobbys Xtra Slick. Even though the event was for “all electric” airplanes, it could have easily been mistaken as a scale event. There was an abundance of scale aircraft from P-51 Mustangs, to 747 airliners, from giant scale F-16’s, to military helicopters. Also, my friend Austin and I helped to represent the 3D realm of Electric Powered RC.
Also, the Smith Brothers came to fly a noon-time demo with their electric U-Control aerobatic aircraft with retracts! Now that was something… and their performance actually one Pilot’s Choice!  But they weren’t only noon-time demos. Austin Brammer, also known as “Doc” Austin online and a Team Extreme Flight Pilot, put on a blistering 3D demo complete with high speed tumbles and flips, knife edge flight, and insane stops and twists. The CD was amazed the Extra EXP stayed together.
After the noon-time demos, I went to get some lunch. Terri’s Taters was the food vendor and provided burgers, hot dogs, and French fries out of their trailer and the food was excellent. After the noon-time demos and lunch, I went and grabbed a few more flights on my Edge EXP; I even flew the foamie for a flight. Late in the day my dad grabbed a flight on his Edge EXP as well.
In all, it was a really fun event at a great venue. The people were nice, the weather was perfect, and the location was close enough that many people around the Tampa Bay area were able to attend allowing a terrific turnout.
Below are some awesome photos provided by David Hart from http://www.warbirdandrcairplanephotography.com/ Enjoy! 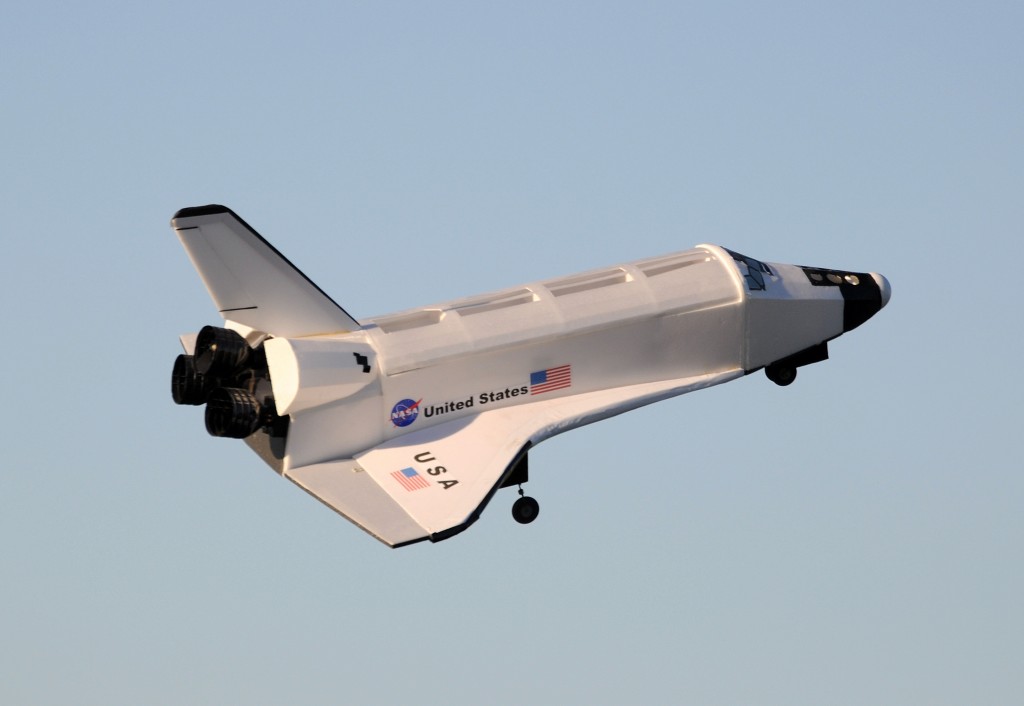 Yes, they even had a Space Shuttle! 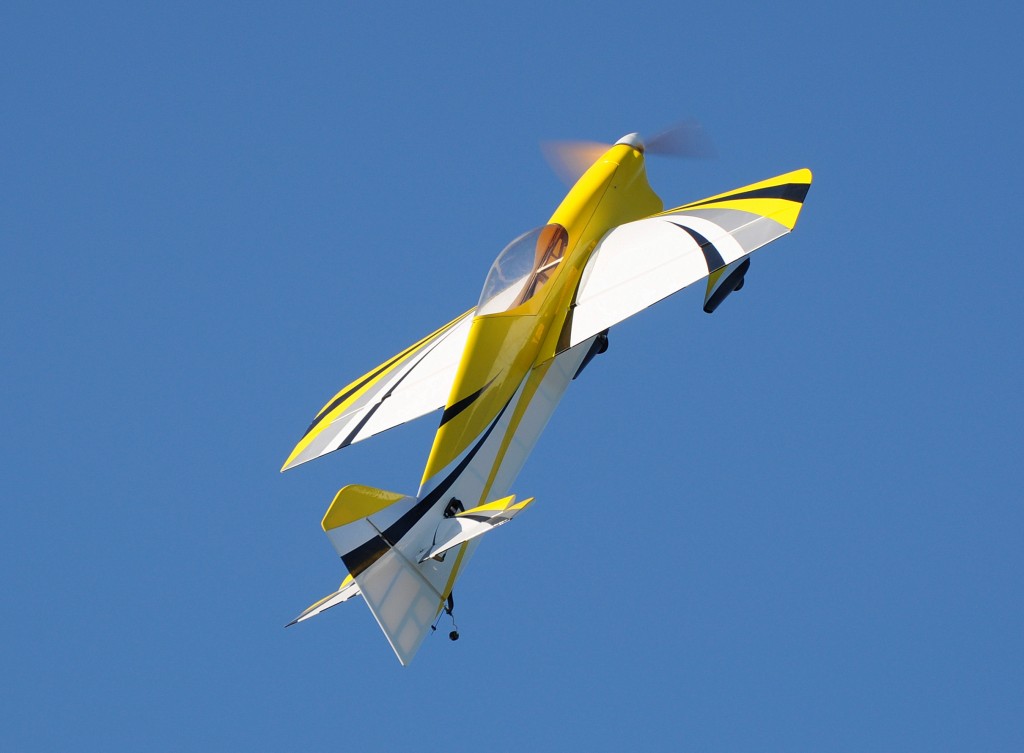 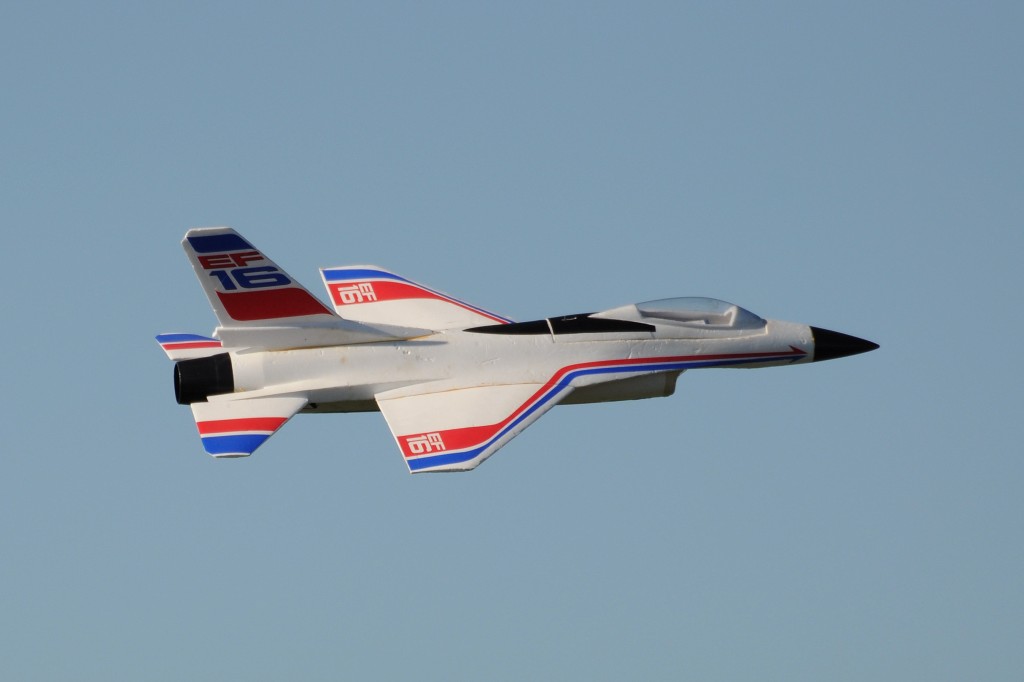 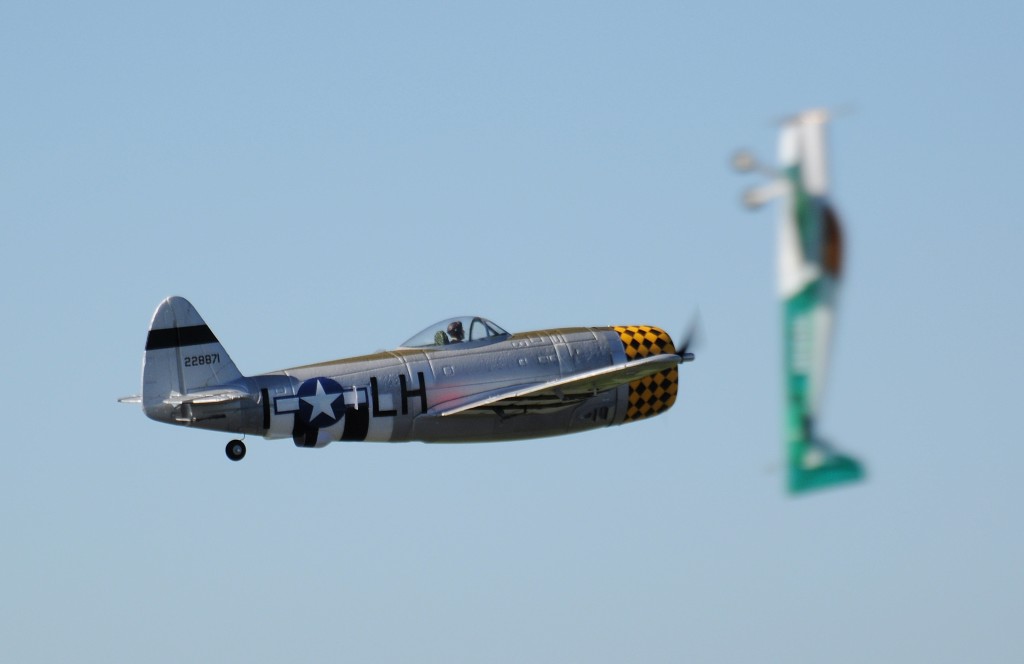 Great shot by David Hart. Just another great example of different genres of electric flight, from Warbirds to 3D. 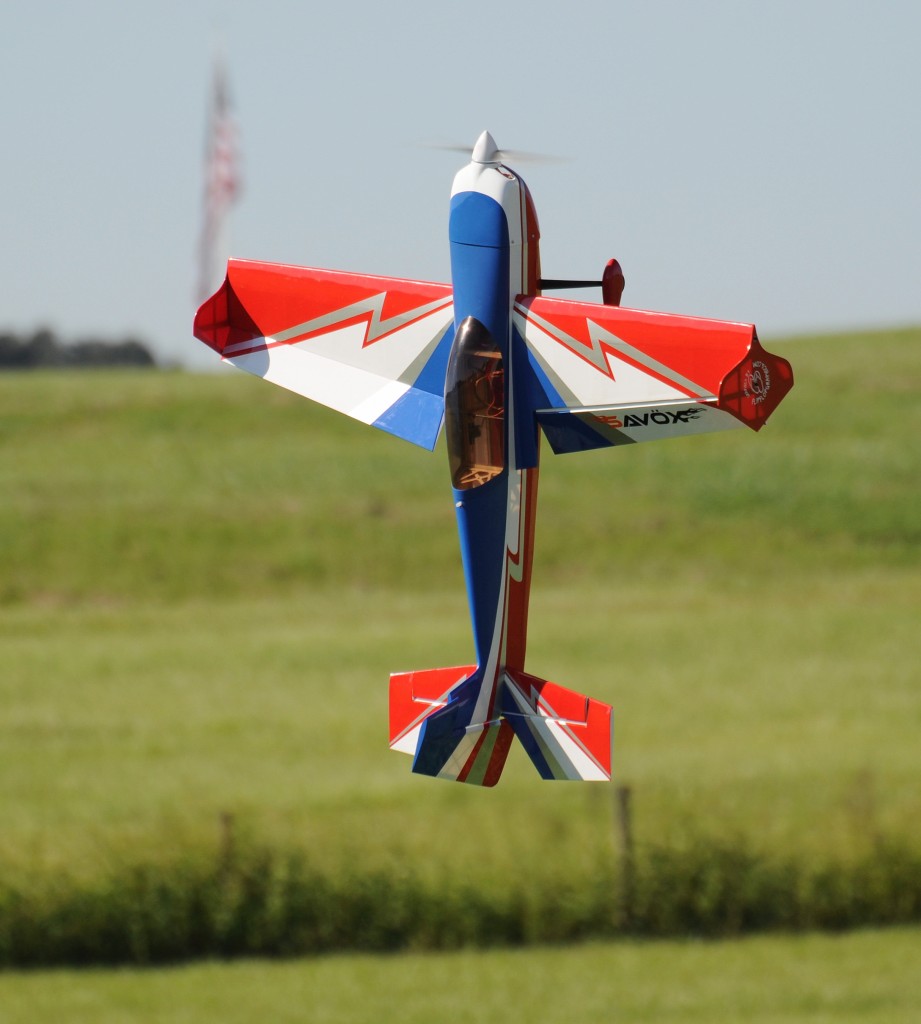 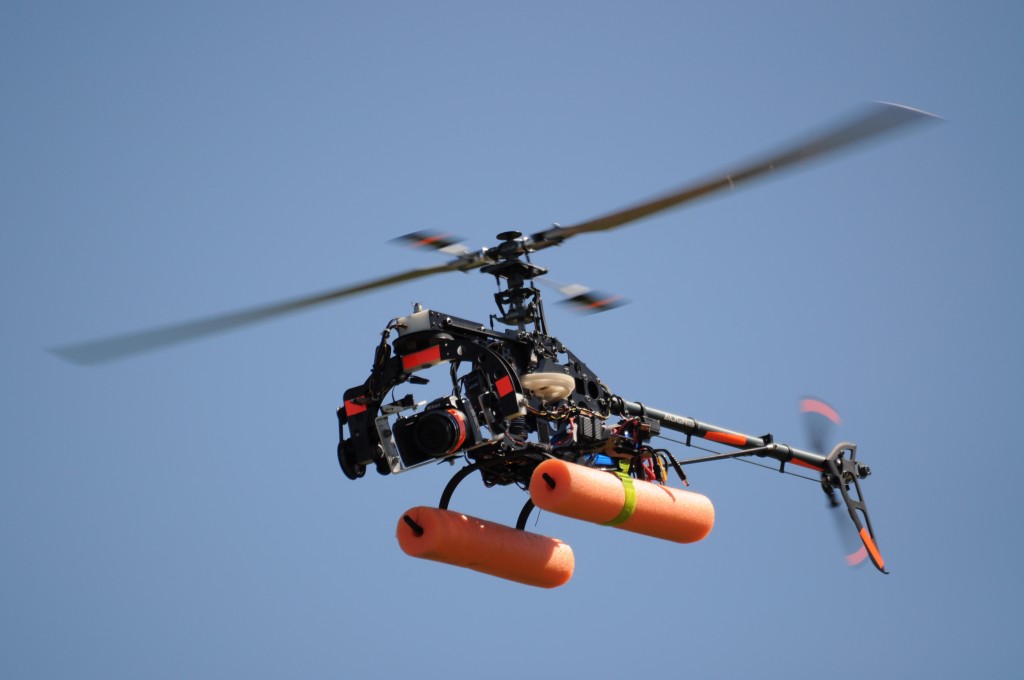 This heli provide arial shots of the event! Pretty cool! 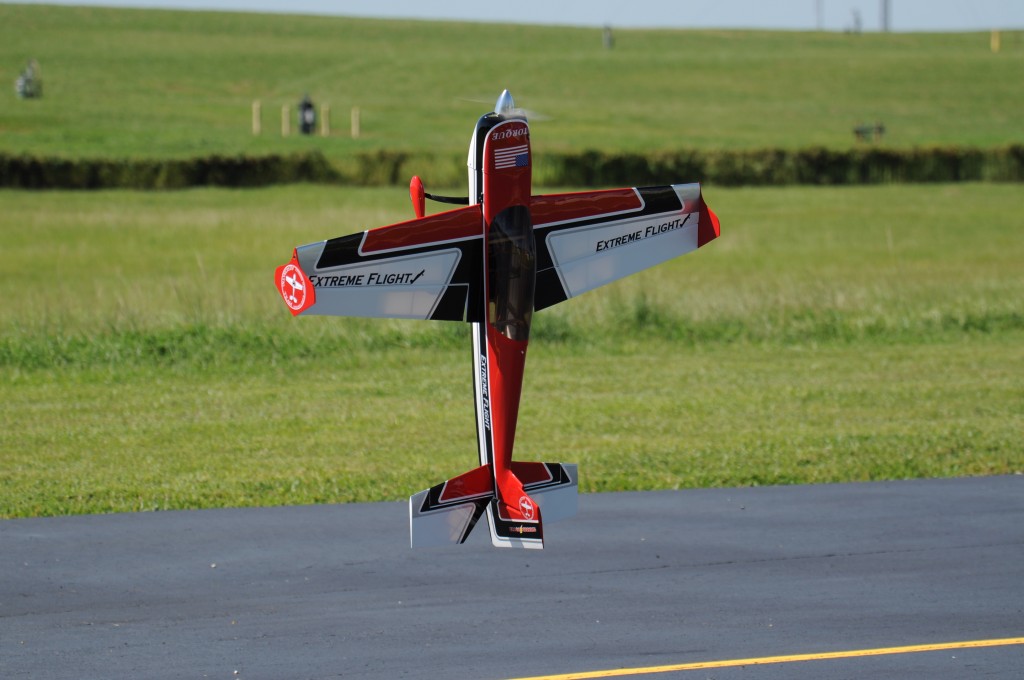 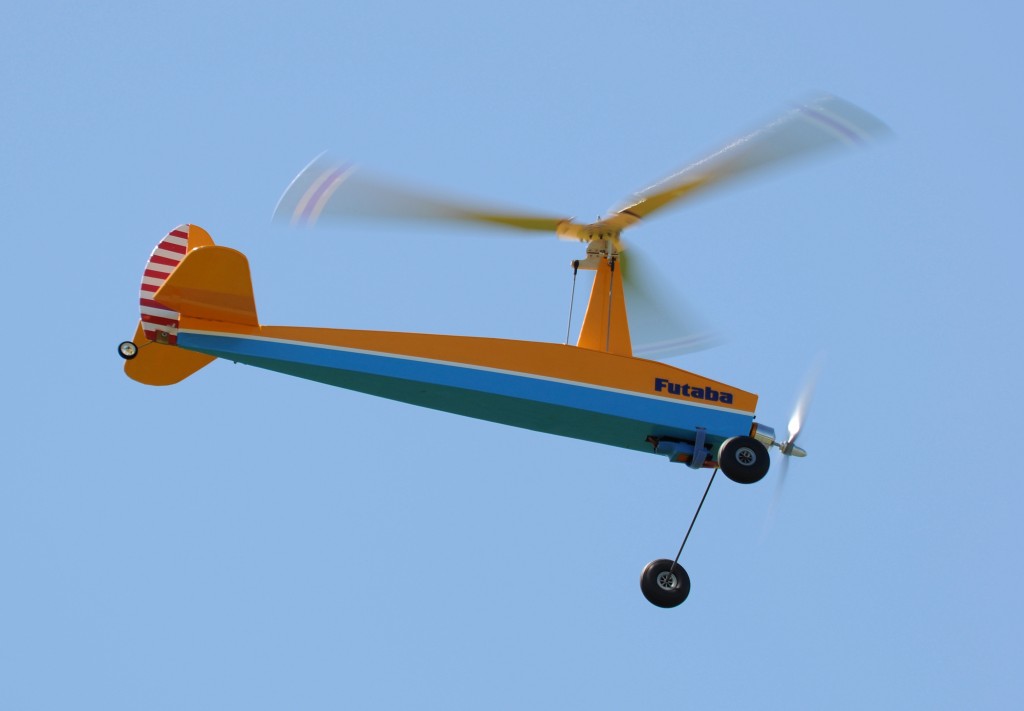 There was even a real functioning gyroplane!

Well, that’s it for this time. I’ll soon have a write up and pictures from SEFI at MCRC! Stay tuned!
–Tom K.