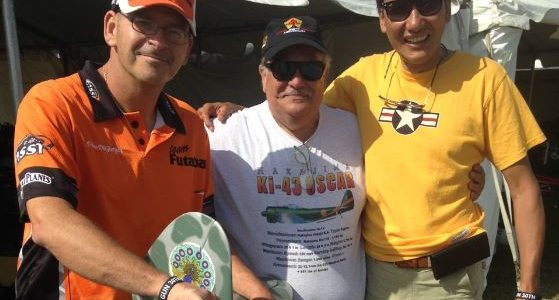 Soooo, the trash talk starts early at Top Gun! Our good friend and first time Top Gun competitor Sal Calvagna, (flying his Jerry Bates Ki-43 Oscar), (center) had taken liberties with the scale markings on his fighter. On the tail are nomenclature markings that were part of the full-size aircraft’s paint scheme. 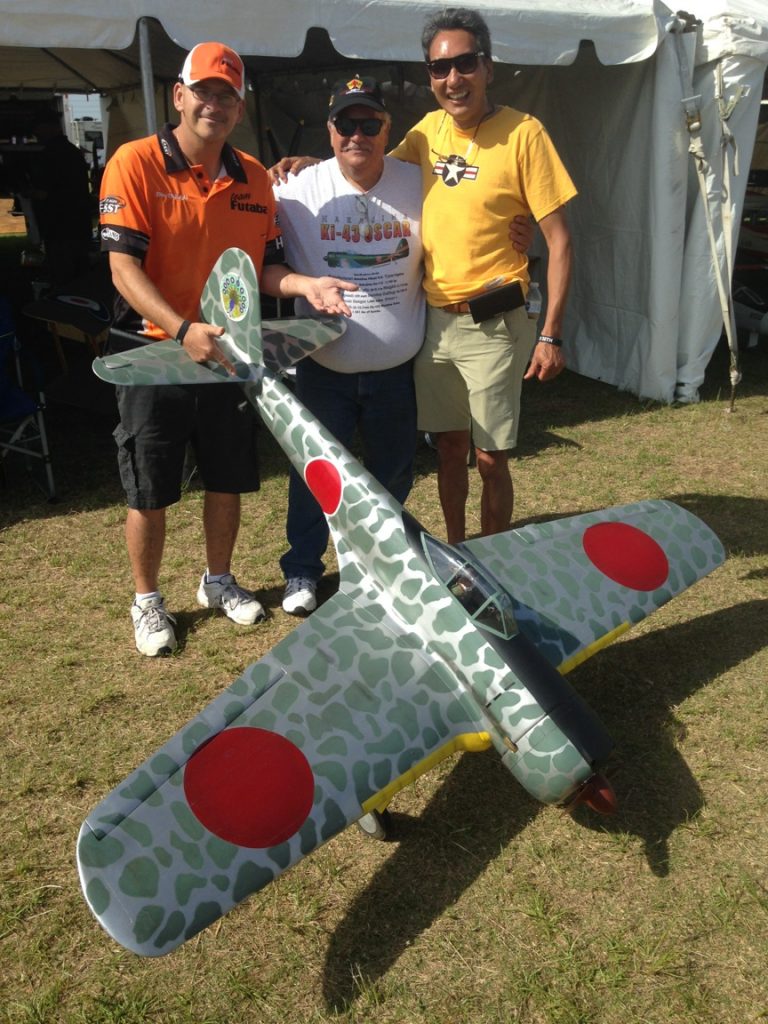 Well, Sal switched the wording with an online translator to say in Japanese, “Sal Top Gun winner” on one side and “Dino Bad Pilot” on the other. No one would every know, except for a new friend from Japan named Tatsuo “Sugi” Sugita! (right). He read the messages and let Dino Di Giorgio (left) in on the gag! Only at Top Gun! This is why we love Sal!