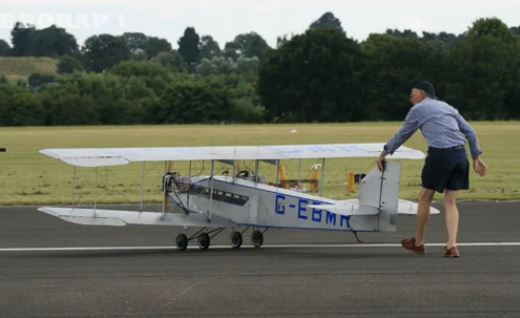 The next time you’re traveling by air, imagine what it must have been like to take a trip in the 1920s  in a 15-passenger plane like this!  This 15-foot-span Handley Page W.10 model is powered by two 60cc Laser twin-cylinder engines and weighs in at 86 pounds. Builder Neil Tidy spent 2000 hours on the model of the 1926 Imperial Airways aircraft. The video by Dean & Pete Coxon also shows a clip of a 16-foot-span, four-turbine Vickers Armstrong VC-10 built by Terry Mason. Enjoy!