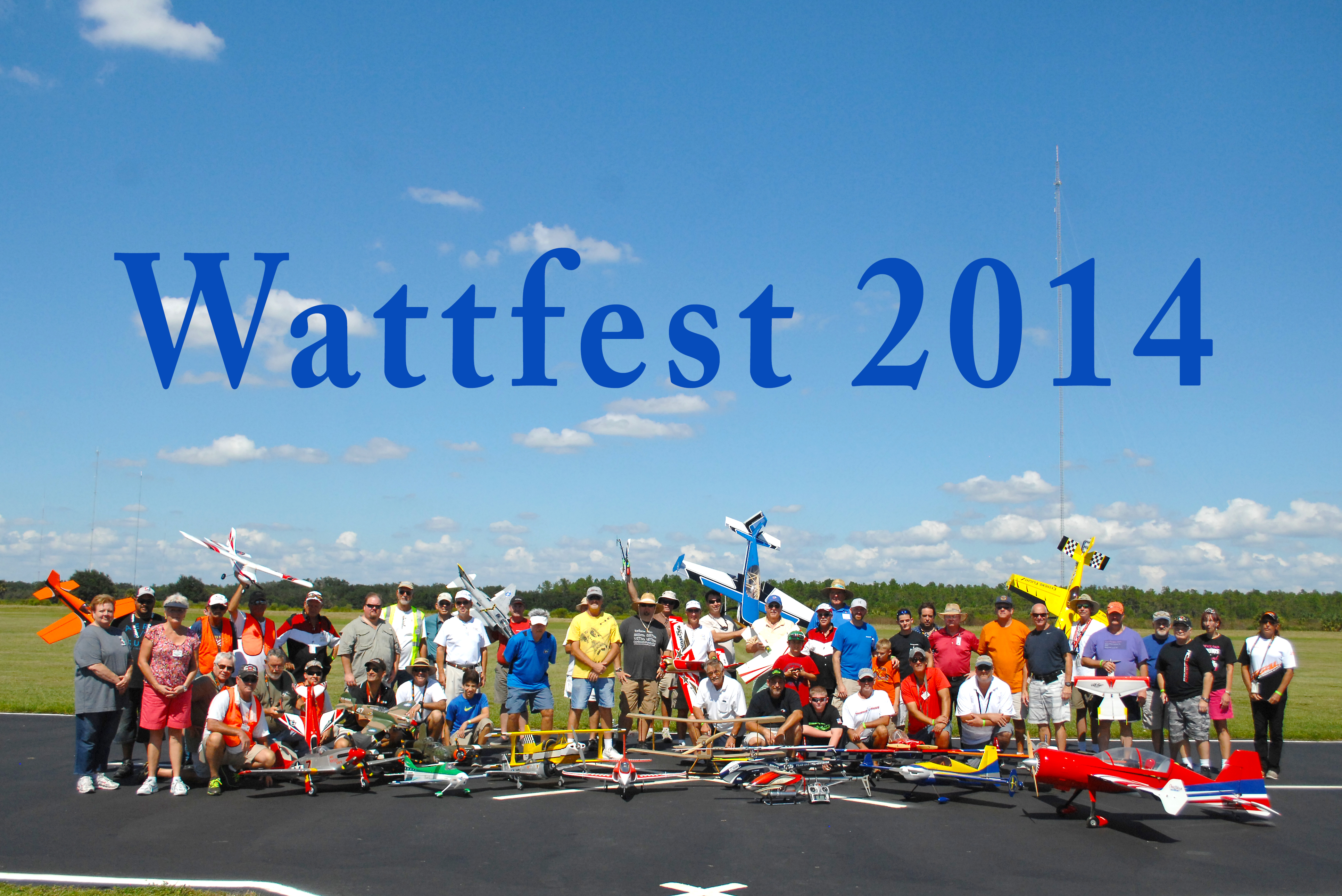 Events can sometimes be difficult for model aviation clubs. You need volunteers, funding for food and supplies can be a hardship.  But when Triple Creek RC Club (TCRC) of Riverview (Tampa) Fl. holds an event, it’s a big deal.  Not only did they hold a two day electric event, they have a second two day event planned in October.  OMG! That’s two, two day events the same month! 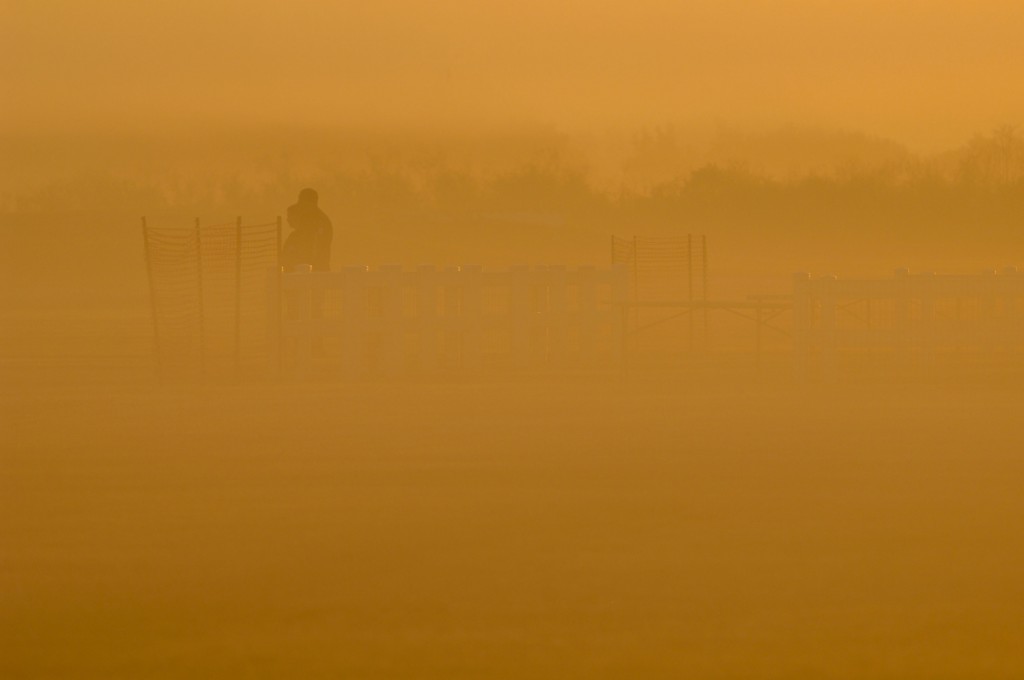 John and Justin Cook got an early start.

The clubs Secretary shared that they have been doing this for a few years now and when the TCRC members are needed, they come out in mass.  They sure came out for their Wattfest all electric event! 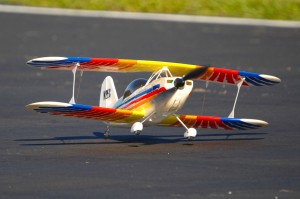 Wattfest 2014 is TCRC’s fourth annual event.  It is an all electric event and this year it was coordinated by Greg Karpey.  Greg was the CD, event organizer and is the Club’s safety officer. 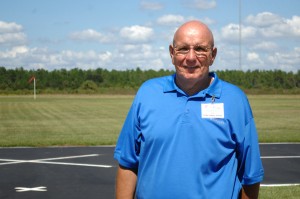 Greg explained that he started working on this event the day after last years event. 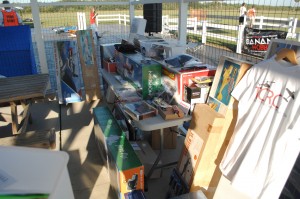 There was a pile of raffle prizes and give aways that took two days just to give them away.  Items were donated from Castle Creations, Bob Smith glues, FMS, Brandon Hobbytown USA and from members that own their own business’ like, Pinch a Penny Pool & Patio, A-Plus AC and many more. 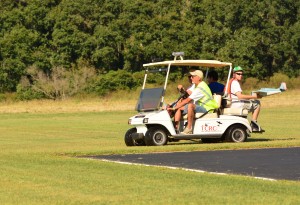 This club has a safety cart that goes out to retrieve downed aircraft.

This was an impressive event with over 60 pilots and a nice staff of volunteers!  Steve Sciuga was the events voice for the two days. 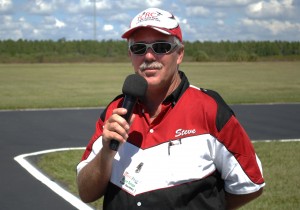 Holy Cow, this guy gave nonstop information on the AMA, the club, how to join, introduced club members gave info on the pilots, the planes they were flying and even the equipment in the planes.  He even involved the pilots by having them speak about their aircraft on the microphone.

They had their club trainer available for spectators to experience RC flying. 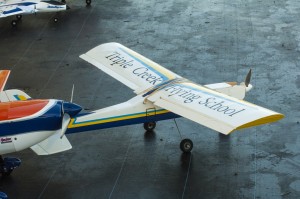 The kitchen crew (Wes and Dawn Neal and Bob and Peggy Schur) were a great addition.  They started the day with a great breakfast and then the lunch was amazing!  Bar B Que/smoked Chicken, hamburgers, hot dogs and chicken salad!  This team was very proud of their kitchen and the food they served. 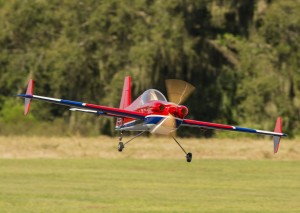 There were four to six aircraft in the air the whole event.  Everything from small to large, fast to slow and even when it wasn’t part of a halftime show, there was a pilot flying the wheel pants off some airplane or a helicopter.  It was really a fun event. 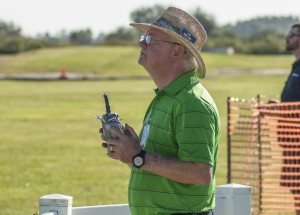 Mark Cobb was flying his Spitfire. His Father, who was a P-51 Mustang pilot was in the pits enjoying the day.

In the spectators area the UBUYADRONE.COM guys had set up a large screen TV.  During the event they would send up one of several “drones”.  The spectators could watch the event from above.  They would follow aircraft around in the air while flying.  It gave a whole different view to the event. Plus they displayed their copter products. 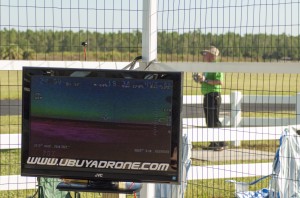 Speaking of halftime shows, TCRC provided some nice demos.  Luis Espinosa demoed some 3D flying like a pro!  Eleven year old Justin Cook got everyones attention when he showed his incredible 3D Helicopter skills.  This kid is amazing to watch.  His Dad, John, said they have had to change their blade sponsor. John explained that Justin was was going through the other blades from his aggressive flying that caused boom strikes. 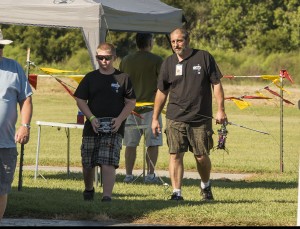 The second day was more relaxed and just as much fun.

Triple Creek RC Club is located in Riverview, Florida, just outside of Tampa.  If you are in their area just drop in.  They are a friendly bunch and would love to have you join them for an afternoon of flying. 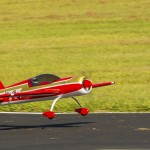 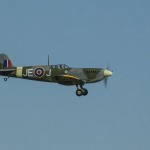 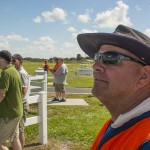 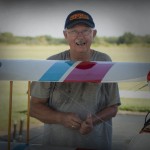 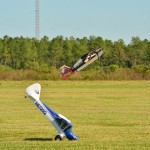 It’s bad enough when you up end your Cub, but then to have a foamy harrier over you? Ugh! 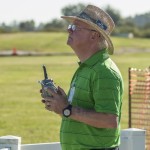 Mark Cobb was flying his Spitfire. His Father, who was a P-51 Mustang pilot was in the pits enjoying the day. 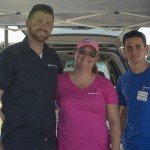 Hobbytown USA Brandon Team Tom, Allison and Wesley, were there and brought a Real Flight Simulator! 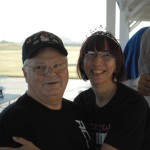 Bill and Kay Adkins A.K.A. The Queen and the Marine. 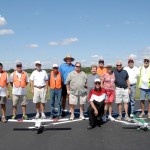 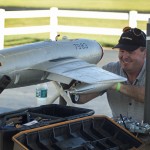 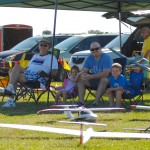 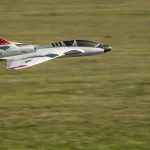 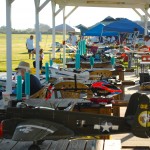