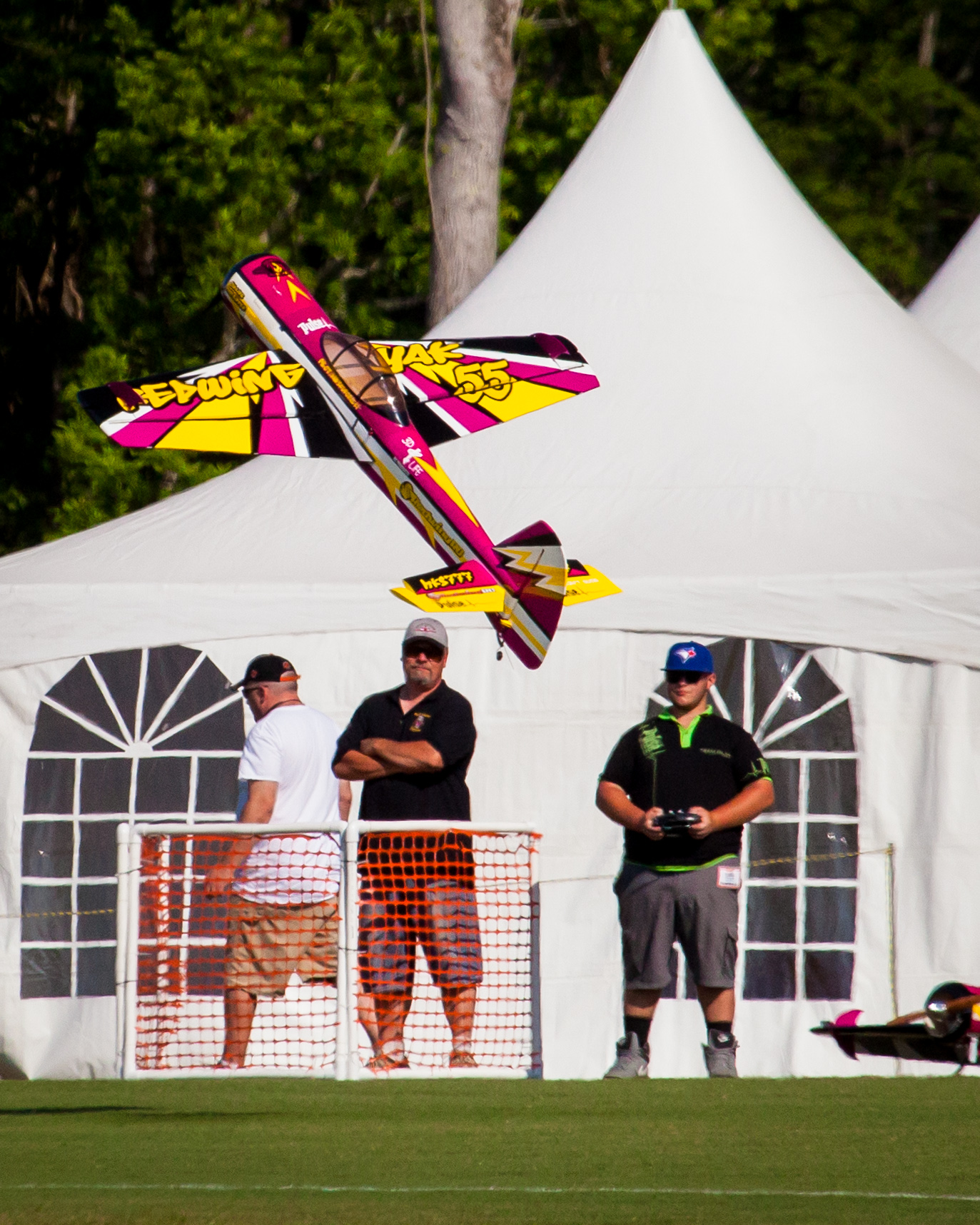 Only half way through the event, Tuesday at Joe Nall ramped up with the number of registered pilots already closing in on last year’s weekly record.  Nearly 1400 pilots along with their guests are calling Triple Tree their temporary home.  Even with nearly two miles of runway and 7 flight lines, its wall-to-wall action in the air.

Hats are definitely off to event coordinators, support personnel, and Contest Director Mike Gregory for their ability to accommodate such a large crowd while making everyone feel comfortable and right at home.  This year, multiple shuttle buses are ferrying spectators across the property well into the night.  It’s the little city that never sleeps.  Of course, those so inclined can still foot the 4 mile round trip from one end of the event to the other!

Here are a few shots of the action. 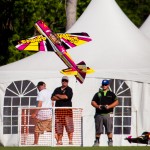 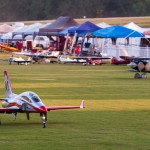 A sleek jet returns to earth after a successful flight over Triple Tree. 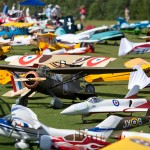 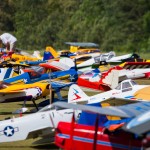 A few of the several thousand aircraft at Joe Nall 2015. 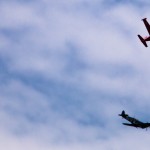 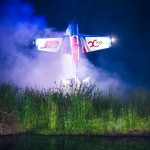 Playing in the grass after dark on the 3D line.

In the midst of many composite aircraft sporting the best technology has to offer, one father and son team was getting noticed with a rather large foamy.  Sure enough, a foamy was grabbing interest at the Nall!

Victor and Max Moxey from Abingdon, Maryland brought a 210″ wingspan B-17 they built entirely from hardware store foam.  Max being an RC enthusiast designed the airframe from actual B-17 blueprints and crafted the many components using a hot wire cutter.  The fuselage alone is constructed of 75 individual cross-sectional pieces.  The wing features foam ribs which Max sheeted with foam flooring underlayment.  Being an engineer, his father Victor handled the electronics which encompass 16 – 2200 mah 3S lipos providing 4400 mah of 6S power to each Turnigy 110 motor.  Even with 99% foam construction, the B-17 comes in at 53 lbs.  Flight times on this foamy average 5-8 minutes and are very slow with scale-like speeds. 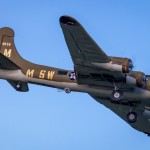 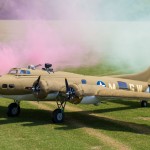 B-17 foamy waits for the smoke to clear after a slow and graceful flight. 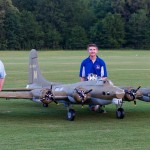 Father and son team Victor and Max Moxey pose with their 210″ foamy B-17.