The Heinkel He 162 Volksjäger (People’s Fighter”), was a single-engine, jet-powered Luftwaffe fighter that saw limited action at the end of World War II. 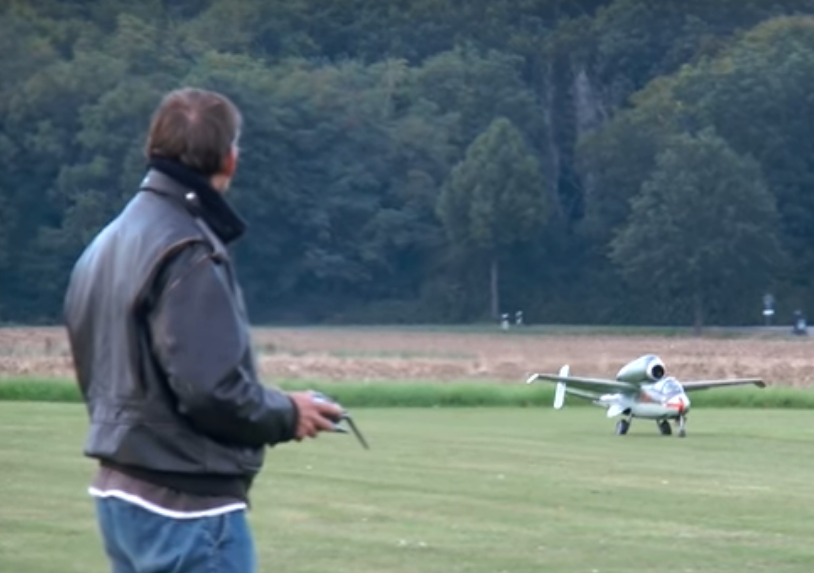 It was designed and built quickly primarily of wood as metals were in very short supply and prioritized for other aircraft. Several Volksjäger (Salamander) jets were captured by allied forces at the end of the war for future study.

This impressive RC model though not especially large, is very impressive and it has excellent flight performance. Arnim Morgenweck pilots the 79 inch span He-162 which as a takeoff weight of 46.5 pounds. Powered by a TJ-74 turbine engine, the Salamander was filmed at the Megaflugshow (Mega RC Airshow) in Göttingen, Germany 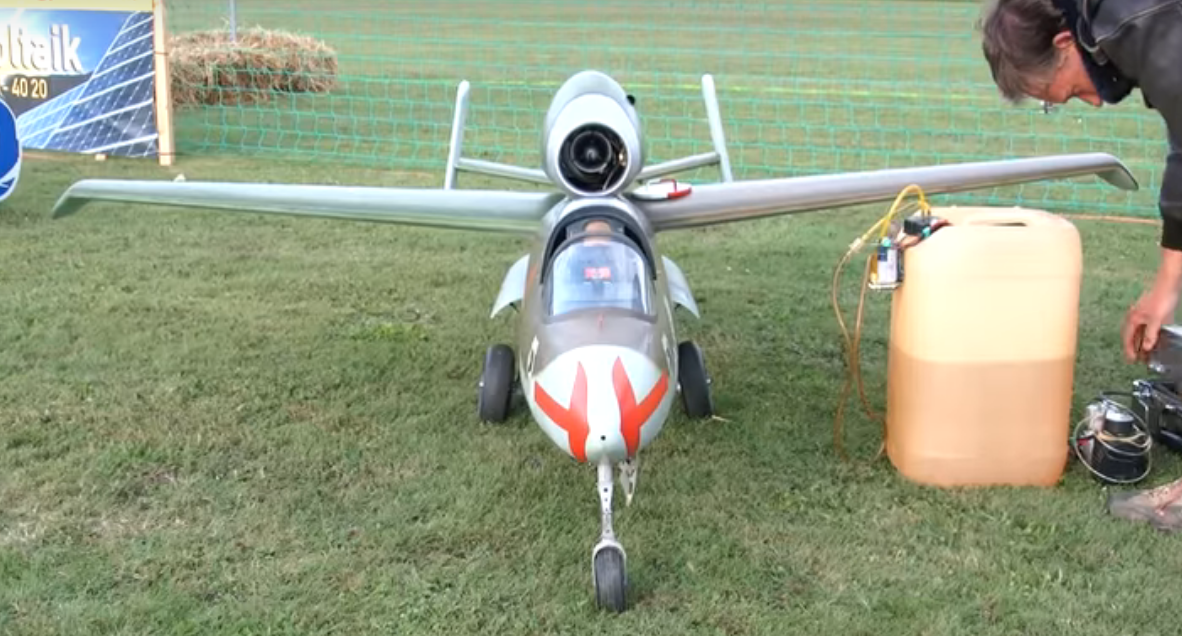 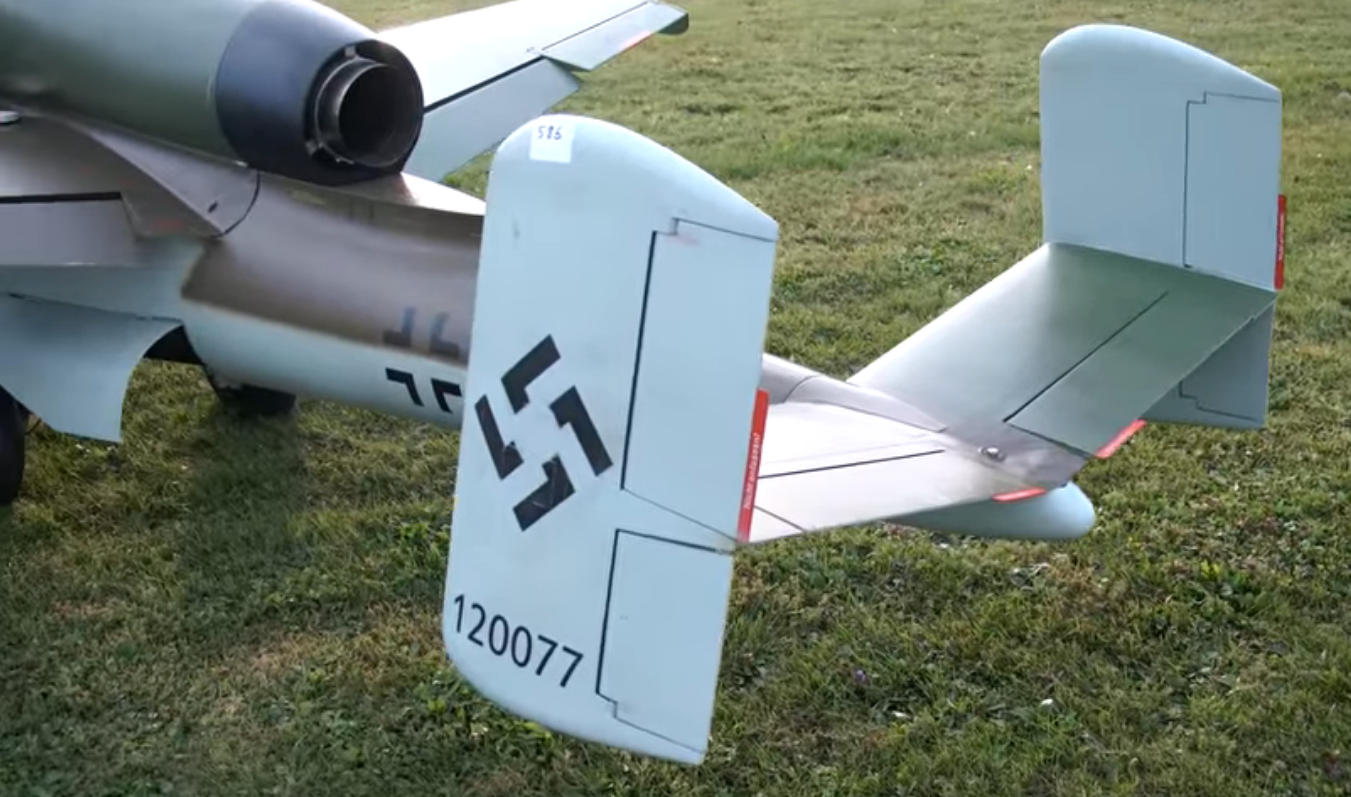 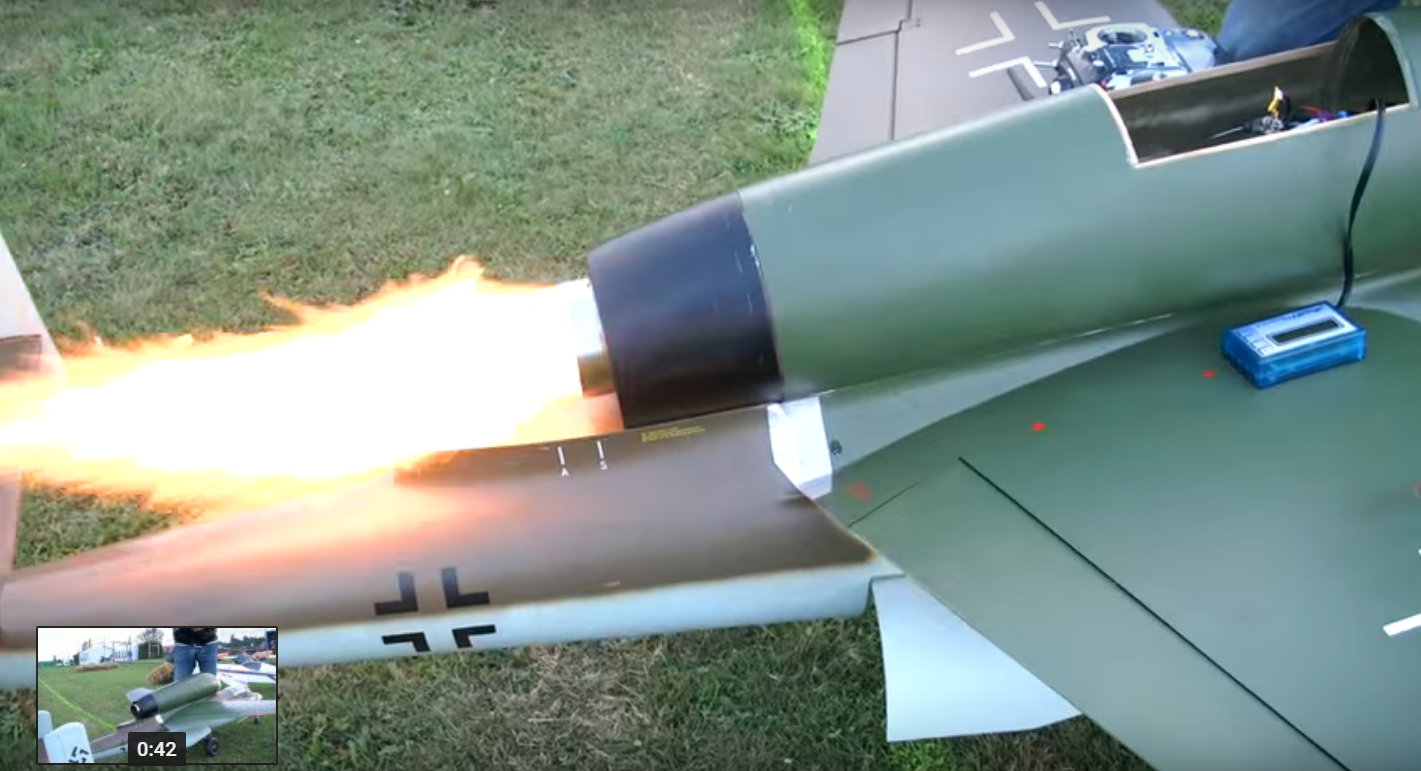