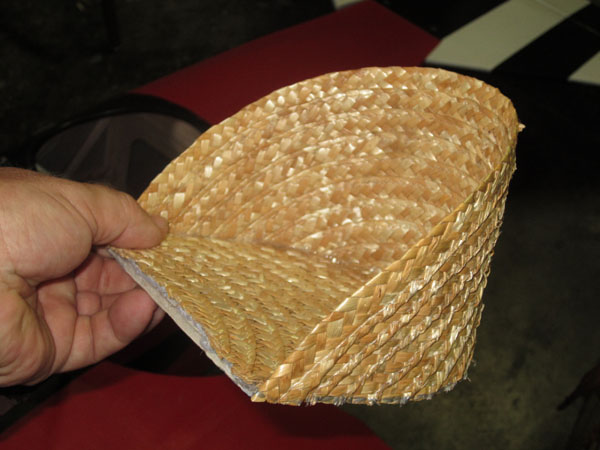 So my Fokker Triplane had been finished for a while and tI flew the airplane several times without any problems. But there is that big issue of an empty cockpit. So, I converted my old Mini-Me 1/3 scale pilot figure into a WW1 leather helmet and goggles guy with a great set of cloths including a great leather jacket and some black trousers. With a proper Triplane driver, I still needed to make the guy a good looking (and removable) pilot seat. Where to start? 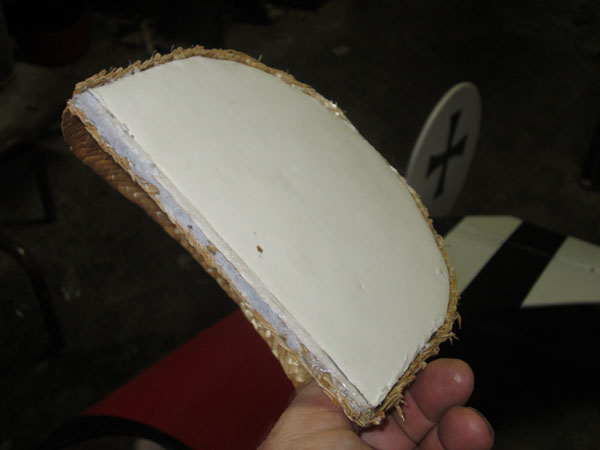 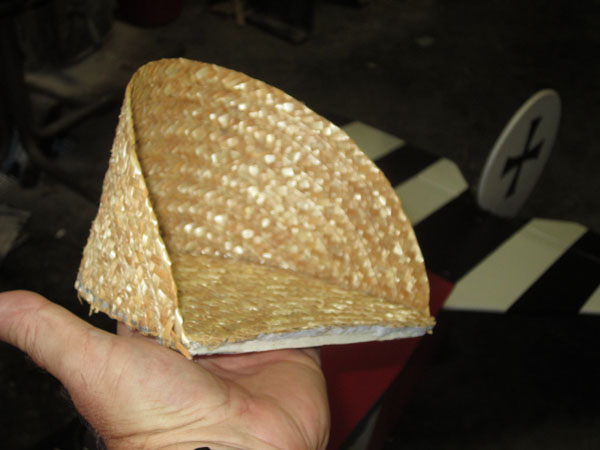 For seatbelts I cut some slots in the seat and glue in some Velcro straps. This way the pilot can be secured in place without gluing him in place. 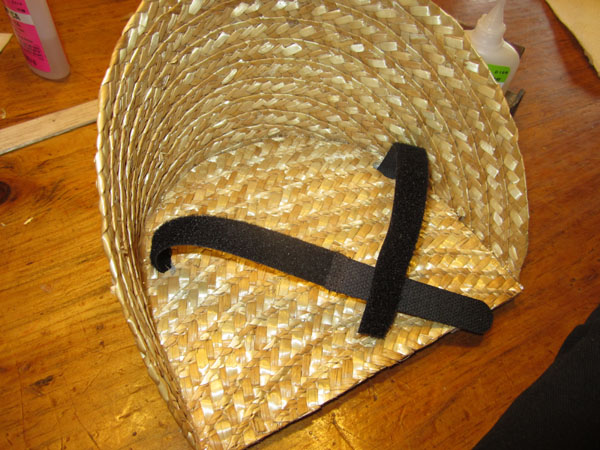 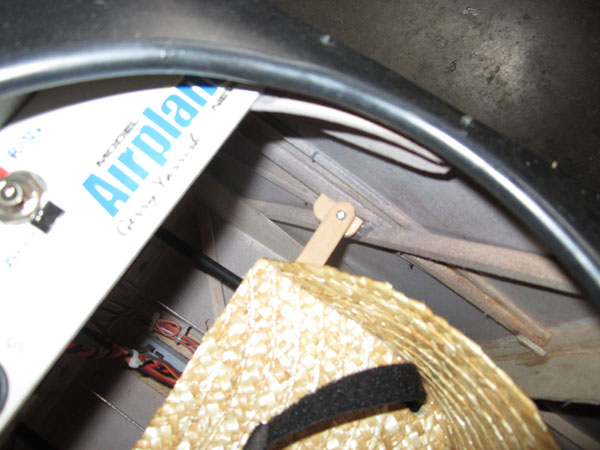 The seat does a great job hiding the radio gear and puts the pilot figure at the proper height so he looks correct during flight. 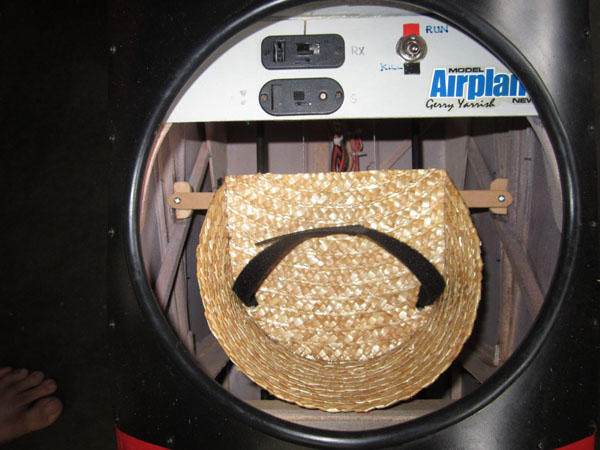 In the back where the seat contacts the aft former, I used some stick-on magnets to make a firm but easy to remove connection. 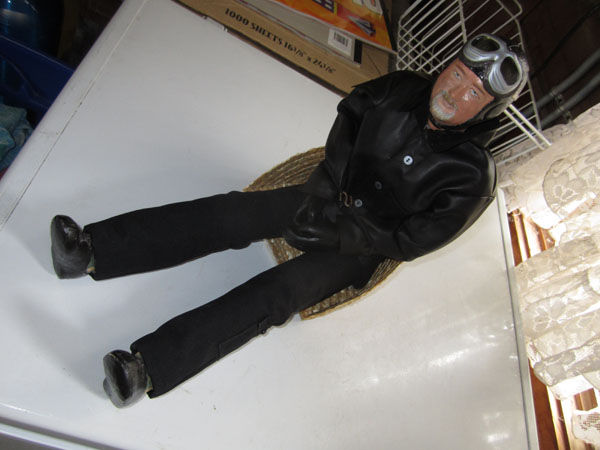 My new Mini-Me looks the part of a WW1 Triplane pilot. His seat is also accurate for that era of aviation. The clothing I used came from Wendy at www.perfect-pilots.co.uk . 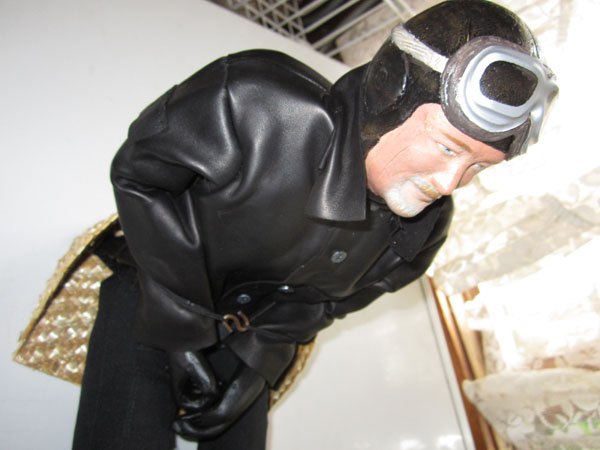 Strapped in, The seat is now glued to the crosspiece. When dry remove the screws and the seat is easy to remove for access to the radio. 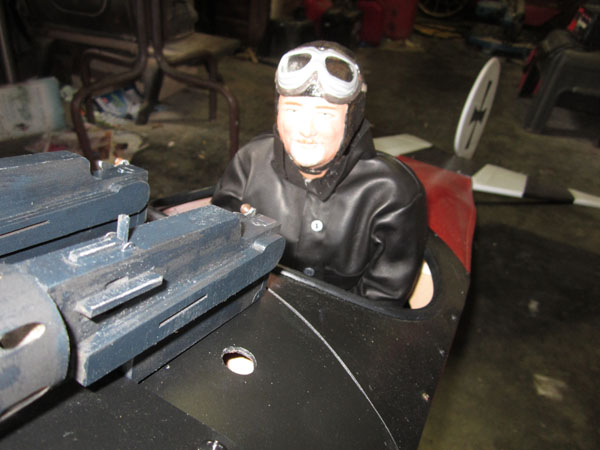 Add a couple of scale Spandau machine guns and we’re good to go! Anybody see where Snoopy went with his Sopwith Doghouse?!