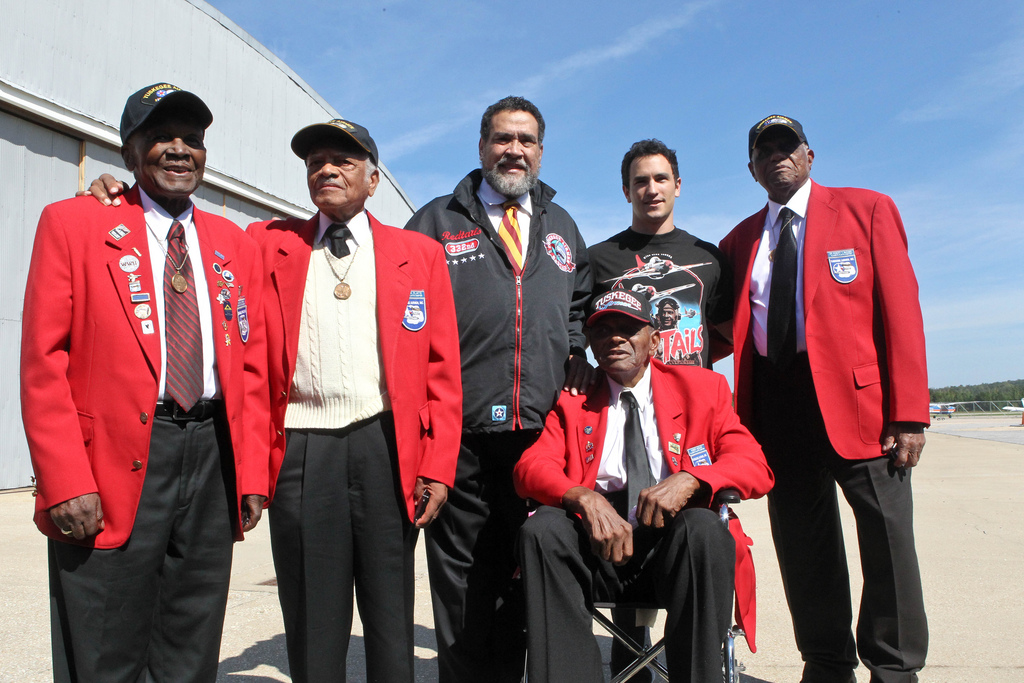 TUSKEGEE, Ala. (September 18, 2012) — After more than 60 years, part of Tuskegee’s aviation legacy returned to historic Moton Field. Four original Tuskegee Airmen were welcomed back to the historic training site by the National Park Service and Tuskegee University President, Gilbert L. Rochon, on Sept. 15.

“The Tuskegee Airmen are an intrinsic part of the history of Tuskegee University,” Rochon said. “Their courage and determination in the face of threats from abroad and discrimination at home serve as an inspiration to our contemporary students and serve as an impetus for the university to establish the requisite infrastructure to support the next generation of Tuskegee Airmen.”

The airmen, Homer Hogues, Robert T. McDaniel, Claude R. Platte, and Calvin Spann, were part of a special trip sponsored by a non-profit organization. The men and their families were granted a private tour of the Tuskegee Airmen National Historic Site and were among the first to get a look at Hangar 2, a new addition to the museum that will be revealed next year.

To mark the visit, Rochon presented each airman with a presidential commemorative coin.

“You’re always welcome back home. We’re honored to have you here,” Rochon said as he presented Spann with a coin.

Later, three of the men were special guests at a seminar and film presentation detailing the history of the Tuskegee Airmen and their connection to the university. During his remarks about the institution’s global and historical influences, Rochon told the audience about his commitment to renew Tuskegee’s connection to aviation studies.

He said the institution is the only historically black university with an accredited aerospace engineering program. In the future, students will have the opportunity to train as pilots, aircraft mechanics, air traffic controllers, aerospace engineers and geoscientists.

“We pledge that we will invigorate the next generation of Tuskegee Airmen,” Rochon said as he placed his hand on Spann’s shoulder. “…It’s a new day.” 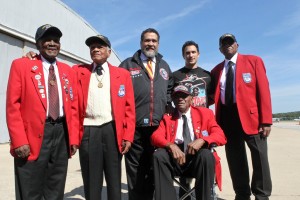