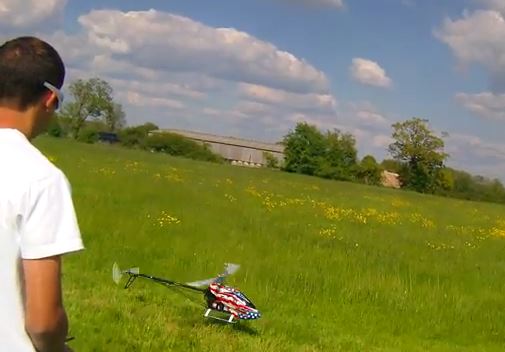 When U.S. pilot Jamie Robertson competed at the UK’s Zone 2013 RC Helicopter World Knockout Championship last month, RCHeliHD captured some great action footage during a fun-fly session with an Align TRex 700DFC with a custom painted canopy. Jamie went on to win the competition, which he also won last year. We’re very excited to be working on a new DVD with Jamie, “Helicopter Aerobatic Basics,” which features more than a dozen maneuvers as well as setup and programming tips. Look for it coming soon to the AirAgeStore.com!