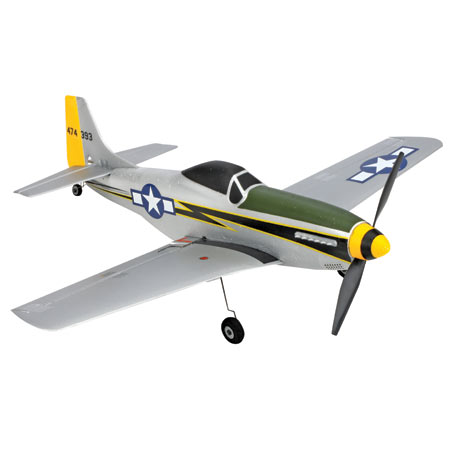 The most successful fighter of WWII, the P-51D Mustang still thrills thousands today in air shows and air races around the world. Now anyone with a Spektrum or JR 2.4GHz DSM2™ aircraft transmitter can experience Mustang thrills with this 4-channel ultra-micro flyer that’s small enough to fly in the local gym or right in your very own backyard when winds are calm.

The Ultra-Micro P-51D Mustang can be up and flying in as little time as it takes you to charge its battery and bind it to your DSM2 transmitter. And it boasts features usually only found on much larger park flyers.

A DSM2 compatible aircraft transmitter is required to complete your P-51D Mustang.