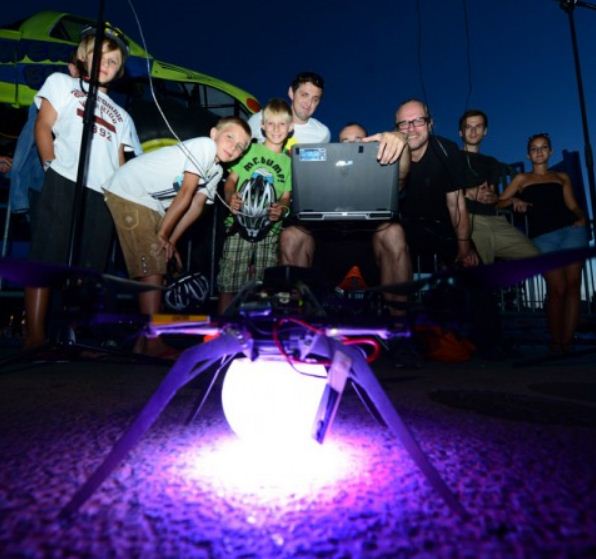 A world-record swarm of 50 quadcopters put on this nighttime air show in Linz, Austria as part of an open-air, multi-media concert, and you really have to see it to believe it! Gizmag‘s Darren Quick writes, “The aerial display was put together by a team from Austria’s Ars Electronica Futurelab and Germany’s Ascending Technologies GmbH. The Ars Electronica team was responsible for creating the computerized choreography and equipping the standard model Hummingbird quadrocopters supplied by Ascending Technologies with special radio receivers and modified firmware. The vehicles were also equipped with LEDs to put on an eye-catching nighttime display.”