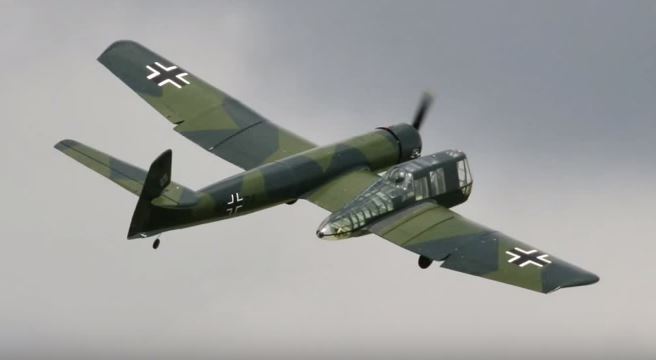 You don’t see scale RC models of this WW II aircraft every day! Ken Sheppard designed and built this  giant-scale WW II Blohm & Voss BV 141 over a two year period. The model is fitted with Spektrum radio equipment and eight servos. He notes, “The asymmetric design [was intended] to give clearer views for the three-man crew as it was primarily a reconnaissance machine – although became a light bomber. The model fitted with a two-bomb release system [and] breaks down into seven pieces to fit [in my car] — an important design requirement!” Our thanks to the Coxon team for taking and sharing this great video!