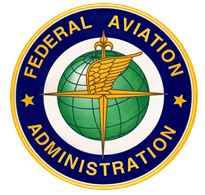 As of October 18, 2011 the Federal Aviation Administration (FAA) Unmanned Aircraft Program Office (UAPO) has put on hold their decision as to the need to adjust any of the previous Advisory Circular 91-57 issued in June of 1981.  At this point it could be February 2012 before we have a proposed rule.  The advisory is a very basic document the FAA provides for the operation of model aircraft.  The FAA controls the airspace over our heads for our safety and protection.  It does have that authority and will react to events that occur.  As examples, we have two that seem to have gained their attention: the unmanned flight over the New York Bay area and the recent terrorist plan to fly a radio control plane into the Pentagon and Capital.  Recent developments in military hardware have included the very planes we as hobbyists love to fly, but in the case of the military the use is protective and with deadly force.

It does not take a genius to figure out that soon someone will go beyond one paragraph within AC 91-57,

Modelers, generally, are concerned about safety and do exercise good judgment when flying model aircraft.    However, model aircraft can at times pose a hazard to full-scale aircraft in flight and to persons and property on the surface. Compliance with the following standards will help reduce the potential for that hazard and create a good neighbor environment with affected communities and airspace users.

I am reminded of an event in my profession with regard to swimming pool drains in which the 7-year-old granddaughter of former Secretary of State James Baker drowned in 2002.  It was a short period of time before the Virginia Graeme Baker Act was passed that required all public accessible pools across the United States to replace their pool drains.  The build up of congressional support was swift, expensive and in the end caused many public pools to close.

Our hobby could as well find us in a similar situation if a catastrophic event were to occur.  I can only imagine a plane that goes out of control and flies into a playground full of kids.  We should also be aware that the FAA has already become responsive with the implementation of Temporary Flight Rules (TFR) and will continue to restrict radio control flight in areas they deem critical to national security.  These TFR’s can cover large areas that include 40 or more nautical miles from the source.  So it is very possible your flying field could be shut down.

Our voice is the Academy of Model Aeronautics (AMA) and they are doing all they can to protect our hobby.  It is unfortunate that we have pilots that operate outside the advisory circular and/or AMA’s suggested flight safety rules for unmanned flight.  It is only a matter of time until the wording for flight altitudes of 400 feet is strengthened and visual flight rules will go into effect.  We all have a responsibility to protect what we love to do by following the rules rather than making personal interpretations to make those rules inapplicable.