There’s just something elegant in seeing a WW II heavy bomber such as this in the traffic pattern.  The B-24 Liberator is just such an iconic airplane with a rich history, and it is great to see a model like this with so many features and options (including an almost ready to cover version.) Distributed by VQ Warbirds, the new B-24 is1/12 scale and with n impressive 110-inch wingspan and really offers a nicely sized warbird in ARF form! 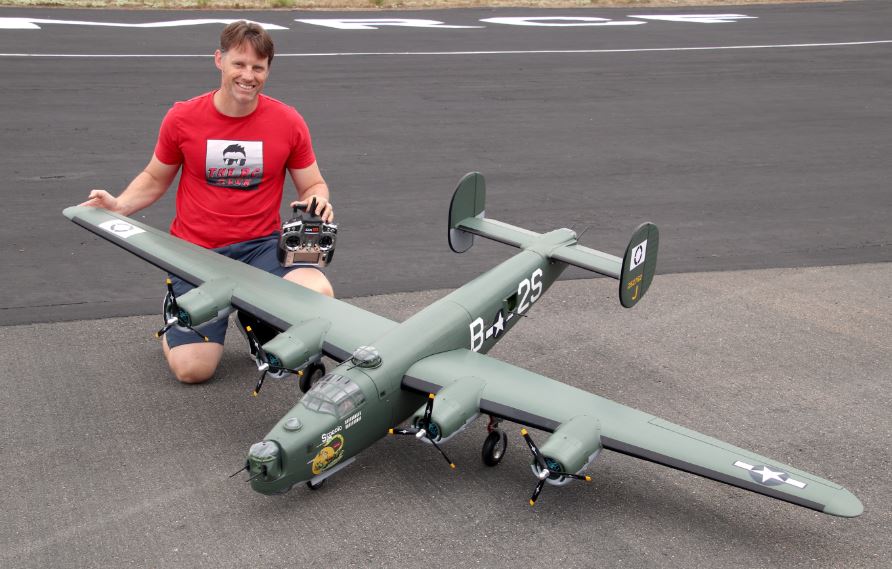 The assembly is straight forward and the parts fit of the model is excellent which makes putting it together a joy. It is a four engine bomber, which means anything related to the motor/engine installation is completed times four!  Plus, with all of the details that are included such as movable turrets, etc. there are more assemblies to make and install on the model than a typical ARF. So, assembly does take a bit more time to complete, but the end results are well worth it! 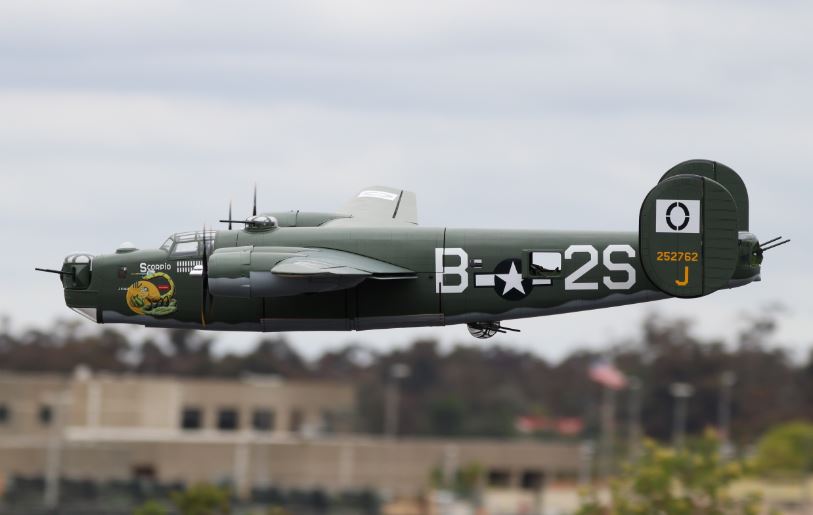 The reward for any RC airplane project is a successful maiden flight and it couldn’t have gone any better with this airplane. The B-24 Liberator flew straight as an arrow from liftoff requiring just a couple clicks of right aileron trim once airborne.  The airplane has a nice wide gear stance so tracking on the ground was rock solid making the takeoff a breeze and in the air, the recommended CG and control throws were perfect for the airplane.  The four Himax motors provide ideal power for the airplane giving it great scale speed at partial throttle and plenty of thrust when needed.

Watch for the November issue of MAN for a full and detailed Flight Test and Review coming soon. 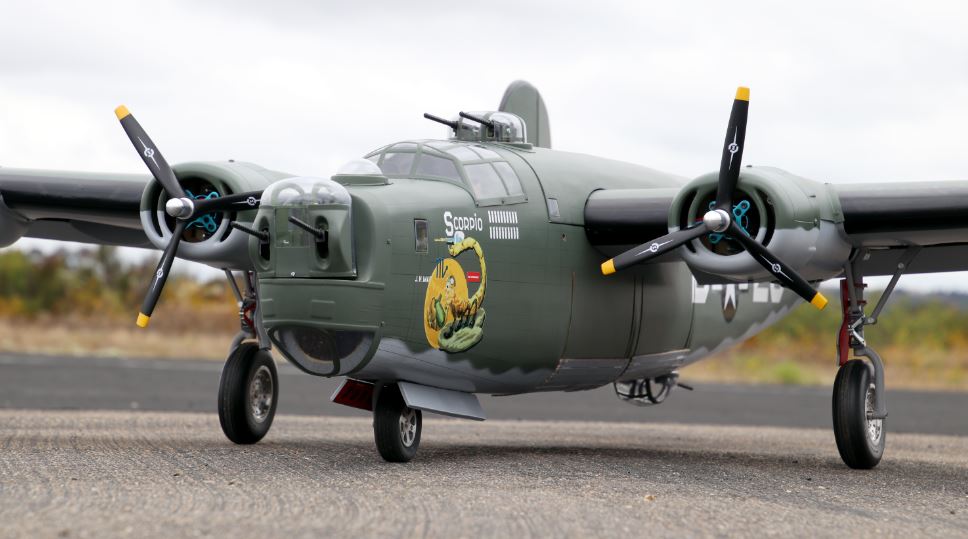