It has been a really hot summer, down here in central Florida! The heat has robbed the regular attendees of Indian River Kontrol Society (IRKS), War Bird event from participating in this year’s event.

One benefit of being a Flight-Line Reporter is having the opportunity to meet some really cool people. During this event, my introduction to a modeler will leave a lasting impression of a man who loved life, people, and the hobby. I met Robert Trinchitella for the first time during this event and had the best time talking with him about the models he brought and the passion he had for the hobby. He was a sincere person to people who took the time to talk and his personal approach he demonstrated during our conversation was no different. I felt I met a new friend! It was only a few days after the event, the club received news of Bob’s sudden passing.

The following note and obituary was provided by his brother:

“I found your email address on Bob’s home computer. It is with a sad and heavy heart I am informing you of Bob’s passing on Wednesday 8-28-1023. Bob was on a business trip in Houma, LA when he suffered a fatal heart attack.”

“Bob was self-employed and owned/operated an engine shop in Orlando before moving to Palm Bay to start a new career installing, servicing eye lasers in doctor offices. He had the knowledge and gift to repair, rebuild any type of engine, large or small. Bob was a talented woods craftsman and created one-of-a kind furniture, storage boxes and fixtures for his various hobbies. He had a great passion for radio controlled model airplanes and was well known in that arena as an upbeat, helpful and congenial friend to all. Bob was always kind,  thoughtful and who always gave the funniest birthday cards. He is predeceased by his father, William D. Trinchitella and his four-legged long-time companion, Teddy. Bob is survived by his mother, Trudy Trinchitella; brothers Bill (Carol) Trinchitella, Tom Trinchitella, Frank Trinchitella; and sisters:  Linda (Kevin) Weekes and Charlene (Jason) Packard in addition to numerous nieces and nephews.” 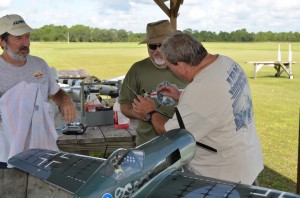 Robert (Bob) is pictured on the left, with Bruce and Jerry

I only spent an hour or so with Bob, and looked forward to seeing him again sometime at the field or at one of our club meetings. Bob will be missed by us all. May God bless!

Picture this… a 16″ model P-51 is almost out of control, well, turned out the pilot was outa control.. The plane veers off course, goes behind the flight-line (OMG!!), dives towards the roof of Bob’s van, ricochets off the roof careening into Bob’s face. Talk about embarrassment! Everything is okay though. After all the apologies, we all had a good laugh! 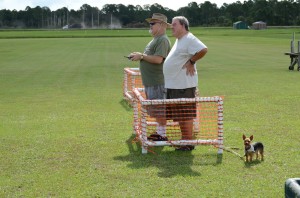 Jerry O’Keffe is really into watching Bruce put his Spitfire through its paces.. 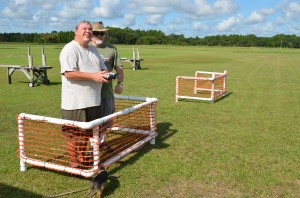 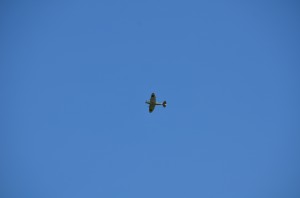 These little planes fly just like their big brothers!! AS3X makes the difference! 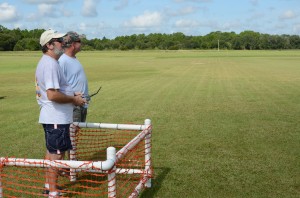 Bob enjoying the sun and flying his L-4 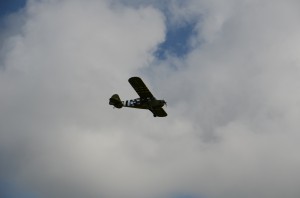 Bob’s L-4 checking out the area. 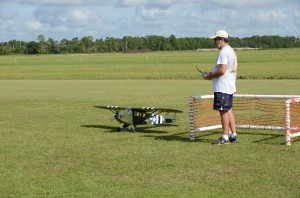 Bob’s L-4 is safely back on the ground… 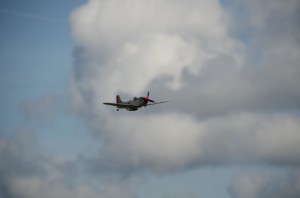 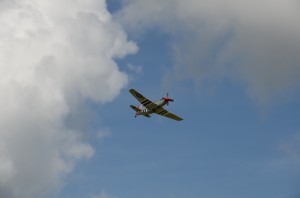 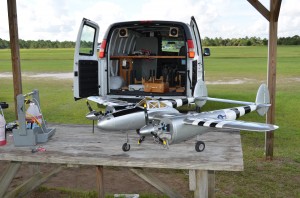 Bob’s P-38 sits out the event with a faulty starboard engine. 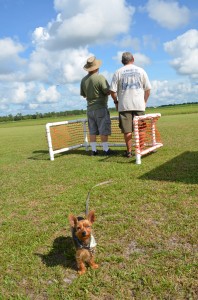 Natasha (Jerry’s pocket-pooch) stands guard, protecting the “Fighter Pilots” from anyone who dares to sneak up on them! 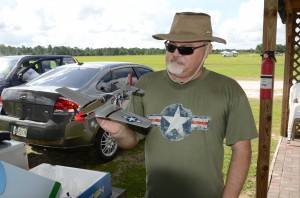