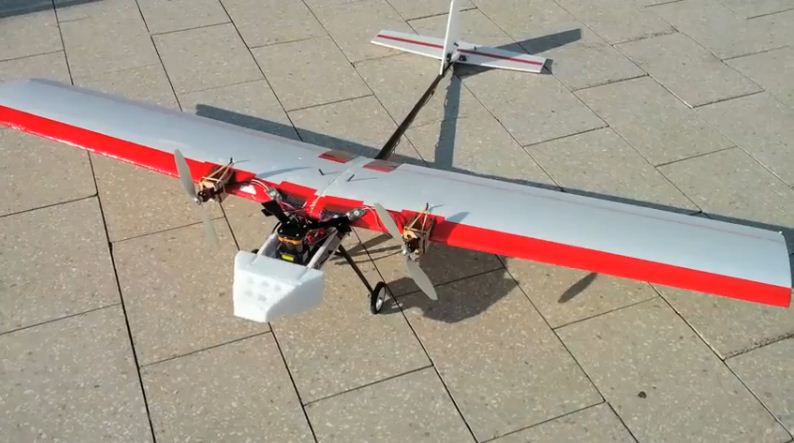 Robotics engineers at MIT were able to program this plane to fly by itself in a parking garage, at speeds of up to 22mph, for almost 3 miles while it came within centimeters of obstacles! Anyone who’s ever flown in a tight space indoors will appreciate this amazing video.

From the MIT news office:

For decades, academic and industry researchers have been working on control algorithms for autonomous helicopters — robotic helicopters that pilot themselves, rather than requiring remote human guidance. Dozens of research teams have competed in a series of autonomous-helicopter challenges posed by the Association for Unmanned Vehicle Systems International (AUVSI); progress has been so rapid that the last two challenges have involved indoor navigation without the use of GPS. But MIT’s Robust Robotics Group — which fielded the team that won the last AUVSI contest — has set itself an even tougher challenge: developing autonomous-control algorithms for the indoor flight of GPS-denied airplanes. At the 2011 International Conference on Robotics and Automation (ICRA), a team of researchers from the group described an algorithm for calculating a plane’s trajectory; in 2012, at the same conference, they presented an algorithm for determining its “state” — its location, physical orientation, velocity and acceleration. Now, the MIT researchers have completed a series of flight tests in which an autonomous robotic plane running their state-estimation algorithm successfully threaded its way among pillars in the parking garage under MIT’s Stata Center. “The reason that we switched from the helicopter to the fixed-wing vehicle is that the fixed-wing vehicle is a more complicated and interesting problem, but also that it has a much longer flight time,” says Nick Roy, an associate professor of aeronautics and astronautics and head of the Robust Robotics Group. “The helicopter is working very hard just to keep itself in the air, and we wanted to be able to fly longer distances for longer periods of time.”