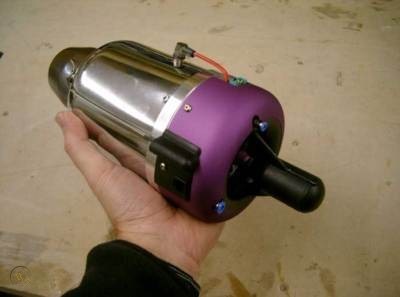 It turns out not as much as you might think!

I had a chance to visit Jet Cat Turbines USA and their new sales and service center in Jacksonville, Florida recently.

Danny Diaz and Adam Strong, who are also the names behind PowerBox Americas, were setting up shop to distribute and service Jet Cat turbines. While I was there taking a tour of the new service facility Adam broke down one of their service turbines to show me what all is inside these little power house wonders.

The main part of course is the compressor wheel, which once the motor is started by an electronic ignitor (previously a glow plug) compresses the fuel air mixture for combustion. Since that wheel is spinning at over 100k rpm it’s critical that the unit be perfectly balanced. In addition to balance the shaft of the compressor rides on ceramic high-speed bearings which receive their lubrication from the fuel.  This is achieved by mixing oil, usually 5% oil to 95% fuel.

A few valves controlled by the ECU (the brains of the operation) provide start and run fuel, and a fuel injection system atomizes the fuel. The fuel pump is controlled by the ECU as it receives temperature and RPM information from sensors in the engine and manages the entire process, including shutting down the motor if it senses any parameters exceeding their defined values.

I was really shocked to see how few parts were inside an operational gas turbine engine and want to give thanks for the Jet Cat Americas folks for the peek inside and allowing me to share it with our readers.